Earlier this year, the state government had sanctioned Rs 83 lakh to carry out immediate repairs on the court where the trial of 26/11 attacks convict Ajmal Kasab was carried out. A division bench of Justice Prasanna B Varale and Justice Shriram M Modak was hearing a plea by an undertrial prisoner of Arthur Road jail, filed through his brother, on March 16. (File)

The jails department has refused to allow repairs to the court premises inside the Arthur road prison, stating that it needs the land for expansion of the jail.

Earlier this year, the state government had sanctioned Rs 83 lakh to carry out immediate repairs on the court where the trial of 26/11 attacks convict Ajmal Kasab was carried out.

The decision was taken at a meeting held last month at the office of minister of state for law and judiciary Aditi Tatkare.

Inspector General of Prisons (south) Ankush Shinde said, “There was a decision taken in a meeting that the jail department will not give land for court, and an alternate plot will have to be searched.’’

Speaking to the Indian Express, Tatkare said, “The court was started for TADA cases of 1993 blasts and later fortified for trial of terrorist Ajmal Kasab. In tricky cases, escorting prisoners is difficult. Jails department has been telling us that Arthur road jail is overcrowded and they need more space for prisoners. They said the court can go to premises of Thane or Taloja jail, which have space. They are promising us two sites.’’

She said that since the money was sanctioned for extensive repairs and lying unused, she had convened two meetings on the issue. Shifting of jails will need permission of the High Court led-committee, Tatkare said, adding the Advocate General is dealing with the matter.

The court inside the the Arthur Road Jail premises has been closed for the the last six years and is facing problems such as damaged furniture and leaking roof. The law and judiciary department had sanctioned the amount for fixing the drainage system, carrying out repairs at court rooms and buying new furniture, among others.

A senior officer of the jails department said, “We could not maintain it (the court premises) as it was not in our custody. As long as Kasab was in this jail, it was maintained well. This court has been closed since 2016 and this is what happens to structures that are closed. While the PWD was readying the special cell for Vijay Mallya, there was a talk that he would be tried in the Arthur Road trial court, and we had told the PWD to repair it. This matter was also brought to the notice of Central Bureau of Investigation and the state home department.’’

Arthur Road jail has a capacity to house 804 inmates but suffers from overcrowding, with around 3,500 persons residing on the premises on an average. It was constructed in 1925-26 and is spread over an area of five acres. 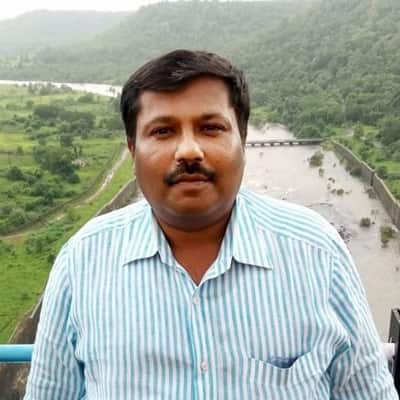