‘Mother of Cities to me…’ A Mumbai house with Kipling connections

Even as physical structures wear out, Rudyard Kipling has left behind a lasting legacy of words to describe the Bombay as he knew it. 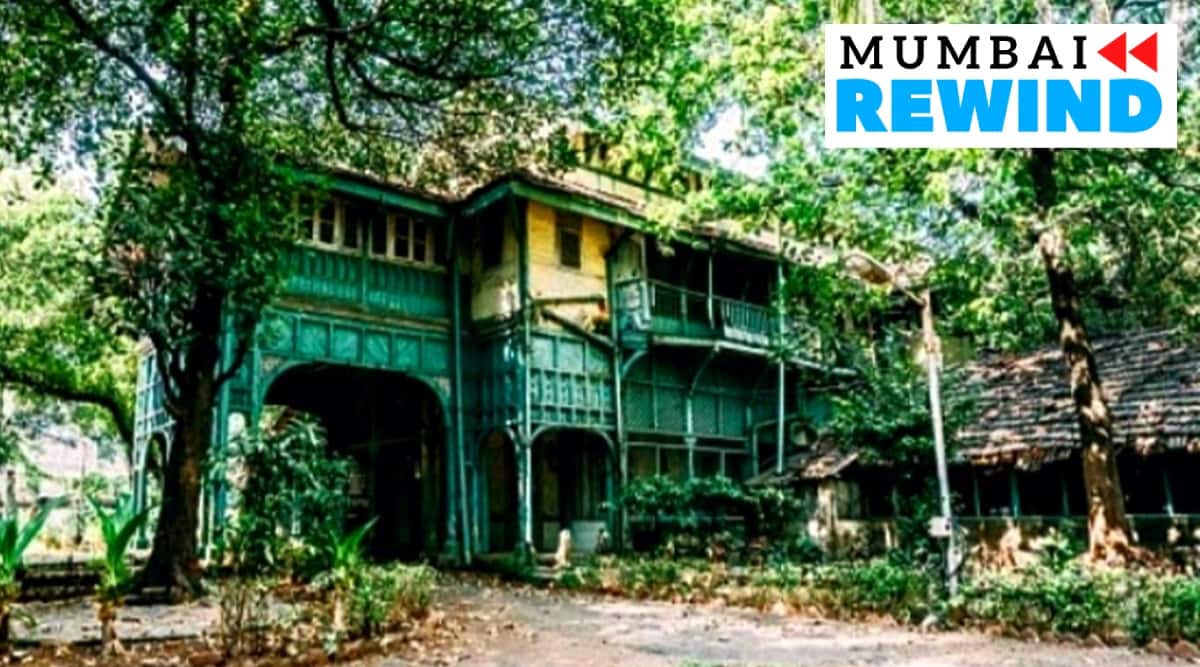 The most visible link of author Rudyard Kipling to Mumbai is a green painted wooden cottage in the middle of the Sir JJ School of Art.

Neither by service nor fee
Come I to mine estate —
Mother of Cities to me,
For I was born in her gate,
Between the palms and the sea,
Where the world-end steamers wait.

While hundreds of Mumbaikars may have read Rudyard Kipling, the youngest ever winner of the Nobel prize for literature, not many would be aware that the author of numerous books including the much loved “The Junglebook” shared an intrinsic bond to the colonial city of Bombay for which he even penned an ode.

The most visible link of Kipling to Mumbai is a green painted wooden cottage in the middle of the Sir JJ School of Art which stands at the place where the celebrated witer was born in 1865. The bungalow was the official residence of the JJ School of Art’s Dean. Rudyard’s father John Lockwood Kipling served as the first dean of the school and the Kipling family lived on campus.

“Far across green spaces round the house was a marvellous place filled with smells of paints and oils, and lumps of clay with which I played,” is how Kipling describes the surroundings of his house.

The original house was however demolished as it crumbled away. The present structure called the “Kipling House”, which came up adjacent to the original bungalow, was constructed in 1882 almost a decade after Kipling had left for England. The only vestige of Kipling’s link to the house now is a metal plaque and a bust of the author outside the dilapidated bunglow.

Even as these physical structures wear out, Kipling has however left behind a lasting legacy of words to describe the Bombay as he knew it.

“My first impression is of daybreak, light and colour and golden and purple fruits at the level of my shoulder. This would be the memory of early morning walks to the Bombay fruit market with my ayah and later with my sister in her perambulator, and of our returns with our purchases piled high on the bows of it,” says Kipling of his morning walks from the bunglow to Crawford Market.

Kipling, who later in his life wrote vividly of jungles and jungle life speaks about his evening walks around Mahim woods. Contemporary Indian writers of Kipling have described these woods as a “grand wild straggling forest of palms of all kinds, acacias and banyan tree.”

Kipling also speaks about the “far-going Arab dhows” that he sighted on the shores of Bombay as well as the “gaily dressed Parsees wading out to worship the sunset”. He also goes on to describe how a hand of a dead child was found in his garden which was located close to a Tower of Silence.

“I did not understand my Mother’s distress when she found ‘a child’s hand’ in our garden, and said I was not to ask questions about it. I wanted to see that child’s hand,” he says.

For someone who wrote so vividly about animals Kipling also claims how he got scared by a Bombay hen while on his way to the JJ School workshop.

“Once, on the way there alone, I passed the edge of a huge ravine a foot deep, where a winged monster as big as myself attacked me, and I fled and wept. My Father drew for me a picture of the tragedy with a rhyme beneath There was a small boy in Bombay Who once from a hen ran away. When they said: ‘You’re a baby, He replied: ‘Well, I may be: But I don’t like these hens of Bombay,’” recollects Kipling in his autobiography.

Kiplings days in Mumbai were however few. He was shipped off to London at the age of six and returned to the city only once. At the age of 17 he stayed in Mumbai for a few days before heading off to Lahore to join the staff of the Civil and Military Gazette.