The Anti-Narcotics Cell (ANC) of the Mumbai Police late on Friday arrested nine foreign nationals, who were allegedly carrying cocaine and mephedrone. 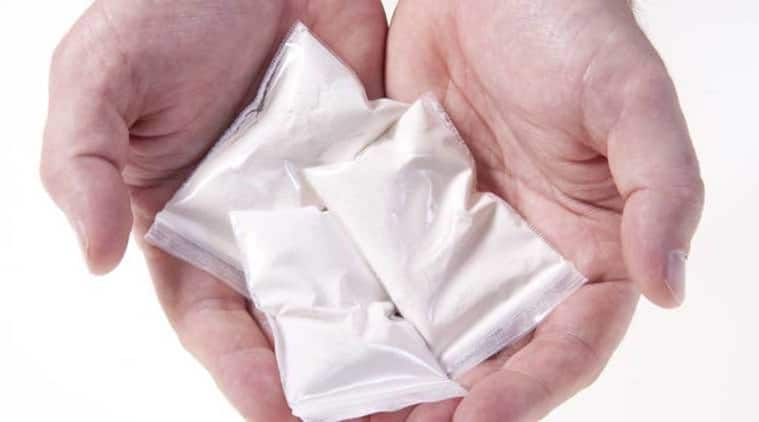 It is suspected that some of those arrested in the current case were involved in the attack on the four policemen last week.(Representational Image)

The Anti-Narcotics Cell (ANC) of the Mumbai Police late on Friday arrested nine foreign nationals, who were allegedly carrying cocaine and mephedrone. Police said the accused were also carrying two choppers and manhandled four policemen who tried to detain them. The drive, involving a team of over 60 police personnel, came in the aftermath of four policemen attached to the ANC being attacked by foreign nationals last Friday. It is suspected that some of those arrested in the current case were involved in the attack on the four policemen last week.

Deputy Commissioner of Police (ANC) Shivdeep Lande said, “Based on information, our staff arrested nine foreign nationals from near Mumbai port trust road after they were found to be carrying 104 grams of cocaine and 9 grams of mephedrone. As soon as they came in two taxis, they were detained and on frisking, we found the narcotics.”
An officer said that usually, the foreign nationals, all from African countries, would come in trains and operate from railway tracks.

“They pick up stones from the tracks and attack policemen if they try to arrest them. However, since the past few months, they would drive down to south Mumbai in taxis and head to the tracks there. Our task was to detain them before they reached the railway tracks, after which it is impossible to catch them,” said an officer. The nine accused were produced before the holiday court on Saturday and remanded in police custody till Monday. “We suspect that at least two of them were also involved in the group that had attacked the four policemen last week,” the officer said.
Last Friday, nearly 20 foreign nationals had attacked a team of 10 policemen when they tried to bust a suspected drug deal near the railway quarters in Byculla.

Of the four policemen who sustained injuries, Assistant Inspector Amar Marathe had to get eight to 10 stitches on his head. Following this, the local JJ Marg police station had registered an FIR against the accused. No arrests have been made in the case as yet.

Book tells the India story, with a song and mood for every year