The High Court said that the BMC cannot proceed with the works without obtaining environmental clearance under the Environmental Impact Assessment (EIA) notification. 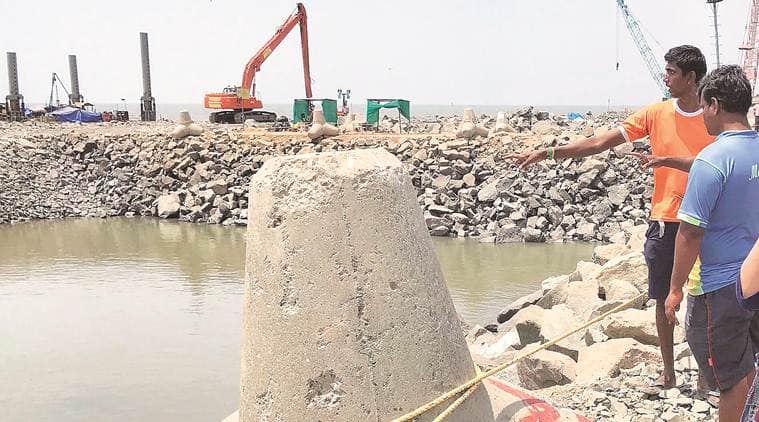 The go-ahead had been granted by the Maharashtra Coastal Zone Management Authority (MCZMA), Expert Appraisal Committee (EAC) and the Ministry of Environment and Forest (MoEF) in 2017. The High Court said that the BMC cannot proceed with the works without obtaining environmental clearance under the Environmental Impact Assessment (EIA) notification.

In its 219-page judgment, the bench said, “It is obvious that a serious lacuna in the decision-making process has occurred. The lacuna is that neither MCZMA nor EIA nor MoEF took note of the fact that except for the environmental impact assessment study conducted by the consultants, all other reports themselves informed the recipient of the reports that they were not based on complete and exhaustive analysis of the data and material required to opine on the adverse environmental impact.”

The petitioners \had challenged the CRZ (Amendment) Notification of December 30, 2015 to the extent that it allowed land reclamation for roads on reclaimed surfaces.

The proposed coastal road is to start from the Princess Street flyover, move northward via a tunnel beneath Malabar Hill and Nepean Sea Road. The tunnel opens at the seashore near Priyadarshani Park from where reclamation commences till the Worli-Bandra sea link is reached at Worli. From the Bandra side of the sea link, the road proceeds further north towards Versova.

On Tuesday, the\ BMC urged the High Court to stay its order, but the bench declined. Earlier in April, when the court had ordered status quo, the BMC had said it was incurring losses to the tune of Rs 10 crore per day. The status quo order was later modified by the Supreme Court, allowing BMC contractors to resume work on existing locations while asking the civic body not to carry out further land reclamation for the project.

While it upheld the CRZ (Amendment) Notification of December 30, 2015, the bench said “\we agree with the submissions made on behalf of the petitioners that when the amendment was made to CRZ-2011 it was not preceded by a comprehensive scientific evaluation of the impact of the project on environment”.

On the project being an exceptional case, as contended by the BMC, the bench said, “The need has to be more than a crying need. It has not to be a need of convenience. It has to be a need based on exhausting all possible solutions.”

“Conceptually and factually it was a singular project and thus, adverse environmental impact had to be determined for the project as a whole and not to artificially break the project into two components merely because there was a sea-link in between. This would result in a truncated environment impact assessment to be made.”

The bench said since it is established that the area is ecologically sensitive “we hold that MCGM (BMC) could not have commenced the works in question without obtaining permission under Wildlife (Protection) Act, 1972”.

Last month, senior counsel Janak Dwarkadas, appearing for one of the petitioners, told the court that the permission to construct in a CRZ by reclaiming land was bad in law. He argued that while the construction of the southern part of the coastal road project from Princess Street to the Worli end of the Bandra-Worli Sea Link had proceeded based on this clearance, that alone was not enough to go ahead with the project. He said it also required permission under the Wildlife (Protection) Act because there was coral presence under the sea along the alignment of the project.

Senior counsel Darius Khambata, representing the BMC, said various transport reports brought out that the only way to decongest existing roads, and for traffic to move smoothly, was to construct the coastal road.