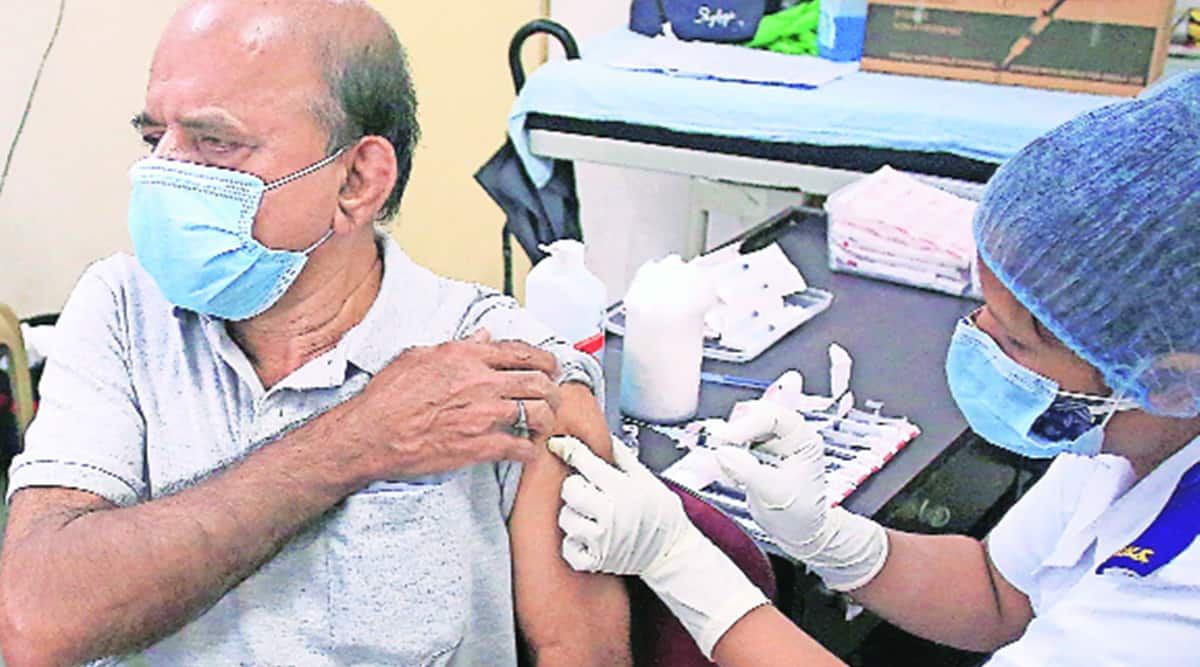 A beneficiary gets vaccinated at Vashi general hospital in Navi Mumbai on Thursday. (Express Photo by Amit Chakravarty)

Officials said that during periodic checks conducted in prison last week, the cases were detected and precautions taken to segregate and quarantine the infected while also providing them treatment.

“Regular tests are conducted among the inmates since many of them are taken out of the prison for court dates or hospital visits, increasing their chance of getting infected due to interaction with people outside. These cases were detected during periodic testing,” an official said.

An official said that while one of those who tested positive was in the same barrack as Bharadwaj and Sen, tests conducted on them have turned out to be negative.