The organisation said the men who had been picked up by the ATS in the 2006 Malegaon blast case had recently been discharged by the court. 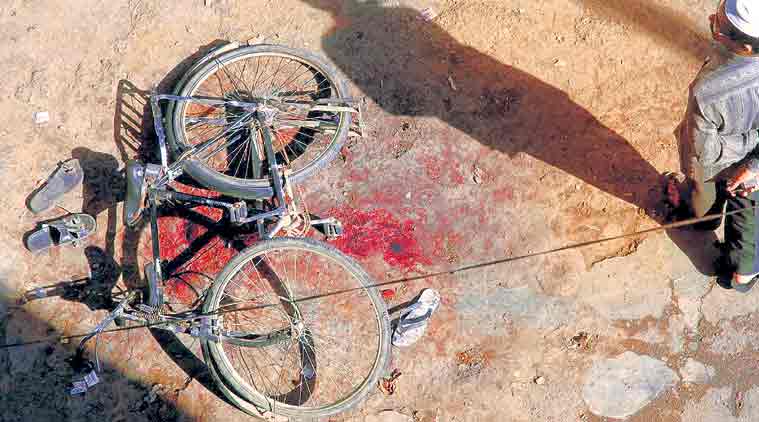 The organisation said the men who had been picked up by the ATS in the 2006 Malegaon blast case had recently been discharged by the court.. (Express archive)

The Jamiat Ulama-E-Maharashtra has questioned the investigation carried out in the Mumbai train blast and the Aurangabad Arms haul case by the Maharashtra ATS.

The organisation said the men who had been picked up by the ATS in the 2006 Malegaon blast case had recently been discharged by the court.

It claimed that the same police officers who had erred in the Malegaon investigation, had also investigated the Mumbai train blast and the Aurangabad arms haul case and made Muslim youth “scapegoats”.

“Even though these three cases occurred on different dates and in different cities, the ATS in its faulty investigation brought about a common link to all three cases and framed the same set of accused in these cases,” said Gulzar Azmi, head of the Jamiat Ulama-i-Hinds legal aid committee.

In the Mumbai train blast case, a sessions court has convicted 12 Muslim men of whom five have been sentenced to death and 12 to life imprisonment. In the Aurangabad arms haul case, a total of 22 Muslim men have been accused and a verdict is expected this month.

Azmi alleged that the accused had been repeatedly tortured by the police officers to turn approvers in their case.

The Jamiat has also claimed that the Maharashtra Police had been sending money to Abrar Ahmed who had turned approver in the Malegoan case.

The Jamiat made public documents accessed through RTI which showed Abrar Ahmed getting money order from a police officer from Malegaon inside jail.

“What is the reason for the police to send money to an accused? The ATS has used all stratagem at their disposal to implicate innocent men and ensure that they rot in prison,” Azmi said.

He also said the organisation would move the court to ensure that the ATS officers who had arrested these guys are brought to justice.

“The reason we have decided to file an application demanding action against the polcie officers is to ensure that no innocent person has to ever face this trauma of being implicated in a concocted case.

The police need to be answerable for their actions,” Jamiat Legal Advisor Shahid Nadeem said.