The Bombay High Court mentioned the state's affidavit said there was no specific law or statutory provision that restrained people from carrying outside food into cinema halls. 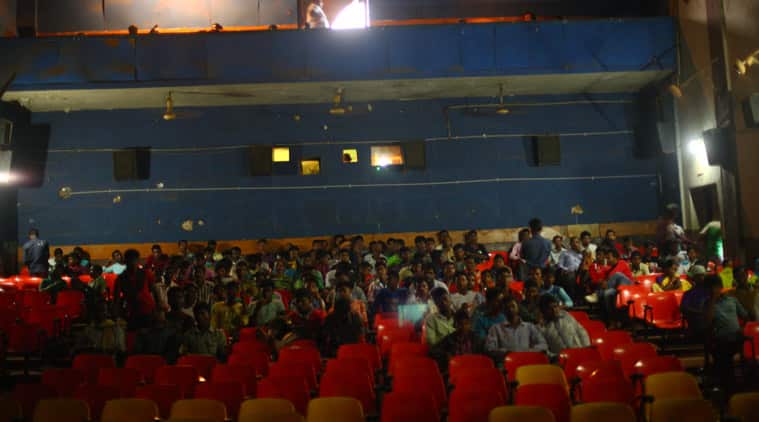 During the monsoon session of Maharashtra legislature last month, the government had said that multiplexes and malls were directed to allow eatables and beverages inside. (File)

The Bombay High Court asked the Maharashtra government on Wednesday to explain how permitting people to carry food from outside into multiplexes could pose a security threat. A bench of Justices Ranjit More and Anuja Prabhudessai were responding to the state government’s affidavit filed in the high court on Tuesday that it does not deem it necessary to interfere with the ban on outside food in multiplexes, as it may create “chaos” or “security issues”.

“If people can be permitted to carry home food inside aircraft then why not to theatres?” the bench sought to know. “Also, you (the government) yourself have said there is no specific legal provision behind such prohibition. So, what kind of security problems are you anticipating?” it asked.

The court also dismissed the argument of senior advocate Iqbal Chagla, representing the Multiplexes Owners’ Association, that one could not cite his fundamental right to seek that he or she be allowed to carry food inside theatres. The price of food sold inside multiplexes is a commercial decision but the prohibition on outside food is because of security reasons, he said.

“You never know what people might carry in the shape of food. Also, at the airport, there are stronger security arrangements than that at cinema theatres,” Chagla said. “We are already providing free drinking water to the people who visit multiplexes. And the prices of all food items and beverages sold there have recently been reduced by 20 per cent,” he said.

“World over, there is a prohibition on carrying food from outside into cinema halls, theatres, but in New York, Paris, and London no one complains. Tomorrow, citizens here will cite their fundamental right and want to carry their own drinks to the Taj hotels or other restaurants,” Chagla said.

The high court, however, noted that the cinema hall owners’ association could not compare restaurants with multiplexes. “We are only on the issue of security since that is the state’s main argument. Explain to us what are the security problems that a person can cause by carrying food items from home into a multiplex,” the bench said.

“The food sold inside multiplexes is priced exorbitantly. Also, by prohibiting people from carrying food from home, you are compelling entire families to consume junk food,” it said. The bench has been hearing a Public Interest Litigation (PIL) filed through advocate Aditya Pratap, seeking that the prohibition on outside food in multiplexes be revoked.

Pratap informed the bench that there existed a previous judgement of the Jammu and Kashmir High Court permitting outside food in theatres. But the state’s counsel, Poornima Kantharia, informed the bench that the J&K High Court order had been challenged and was pending before the Supreme Court. The bench said it would like to see what the apex court had to say on the issue. It directed Pratap to file a rejoinder to the state’s affidavit in the meanwhile.

During the monsoon session of Maharashtra legislature last month, the government had said that multiplexes and malls were directed to allow eatables and beverages inside, after some MLAs raised the issue of high food prices at such places. However, in its affidavit the government said it will direct multiplexes and cinema halls to provide drinking water free of charge, and sell food and beverages at a price not exceeding the maximum retail price, but it did not want to interfere with the restriction.

“Although there is no specific provision in the Maharashtra Cinema (Regulations) Rules 1966 to prohibit viewers from taking their own food items or water inside, as per the opinion of the director general of police, carrying own food may create chaos and may lead to security issue,” the affidavit said. “It is therefore submitted that there is no necessity to modify or make any changes in the prevailing rules (which bar outside food or beverages),” it said.

On June 27, the court had asked the government why it could not regulate the exorbitant prices of food items in multiplexes. The bench is likely to conduct the next hearing in the case on September 3.

Valued up to a whopping Rs 71 crore; here are the most expensive stamps in the world