Maharashtra: Mangrove patches to be cleared of all encroachments by March

Guards from the Maharashtra Security Force have been deployed in the areas to prevent the encroachers from returning to the cleared patches. 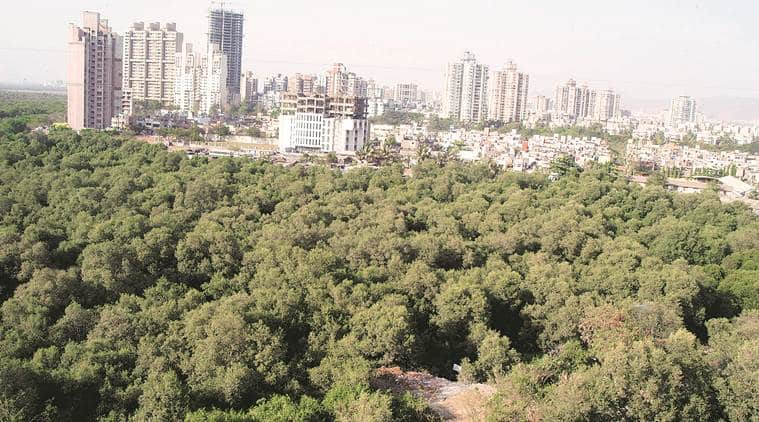 Since November, the Mangrove Cell has managed to clear roughly 10-11 hectares of encroachments. Archive

The state Mangrove Cell aims to clear mangrove patches in the city of all encroachments by March this year. Since November, it has managed to clear roughly 10-11 hectares. “We have managed to clear at least 6,000 hutments in the last few months, and the remaining 3,000-4,000 hutments should be vacated by March. The encroachments are remaining in different areas like Cheetah camp, Kandivali, Gorai and Wadala,” said Makarand Ghodke, Assistant Conservator of Forests, Mangrove Cell.

Guards from the Maharashtra Security Force have been deployed in the areas to prevent the encroachers from returning to the cleared patches. “They are guarding the area in three shifts to protect the patches,” said Ghodke.
He said the measures had also prevented people from dumping debris and illegally parking their vehicles on
the land.

“In December, we vacated 56 vehicles in Malvani that were illegally parked on mangrove land and even charged them a fine of Rs 5 lakh. Again, around 10 days back, we caught two trucks dumping debris in the same area,” said Ghodke. To ensure that mangroves grow back, channels have been dug in the areas cleared of encroachments and the debris. “Once the tidal flow is regained, the mangroves grow back on their own. If they do not then we plant the seeds,” he added.

The wall will be constructed at a maximum distance of 50 metres from the mangroves on the landward side, allowing free flow of tidal waters but preventing people from entering the area. To be funded by the state’s Mangrove Foundation, officials estimate the total cost of the project to be around Rs 60 crore. However, the work will begin with an initial cost of Rs 13 crore.

However, as any construction activity within 50 metres of mangrove area requires the consent of State Environment Impact Assessment Authority (SEIAA) and the Bombay High Court, the cell still awaits the permission to construct the wall. “We are trying to get the permission from SEIAA soon. Once we get that we will approach the court,” said Ghodke.

The cell will be taking other measures too to ensure these areas are not encroached again. “In areas that are more vulnerable to encroachments, we will construct a boundary wall, and in the less vulnerable areas we will have fencing. We will also install CCTV cameras for surveillance. There will be 11 forest stations with 108 guards from the Maharashtra Security Corporation guarding these areas.

They will be trained guards with weapons and will have the authority to arrest. Now, instead of individual forest guards, there will be a team of people responsible for the protection of an area,” said N Vasudevan, Additional Principal Chief Conservator of Forests, Mangrove Cell.