Amid heavy rainfall in Maharashtra, boulders fell from a hillock in Thane and a house collapsed in neighbouring Palghar, news agency PTI reported. No casualties have been reported so far in the incidents. Earlier, Chief Minister Eknath Shinde directed officials in six districts including Thane and Palghar to stay alert and monitor the situation.

For live updates on the rains in Mumbai, click here

Both Colaba and Santacruz observatories in Mumbai recorded rainfall in the triple digits, 117 mm and 124 mm, respectively, over the past 24 hours ending at 8.30 am on Tuesday. Heavy rainfall is on the cards on Tuesday as well for the entire Konkan region.

Meanwhile, in a speech after winning the floor test in the Maharashtra Assembly on Monday, Shinde stated, “Balasaheb Thackeray had said once that Shiv Sena will never go along with NCP and Congress to form a government… ‘Congress and NCP are our enemy and will remain the enemy of Shiv Sena. I am here till Shiv Sena is there. When I will not be there, then Sena will turn into Congress’. The moment he (Balasaheb) realises that Sena is becoming Congress, he will dissolve the party. These are the words of Balasaheb Thackeray. So, we have done nothing wrong.”

The following BEST routes have been diverted due to heavy rains in Mumbai.

Chief Minister Eknath Shinde will be visiting the Disaster Control Room of the BMC at 4 pm today.

A drone was used to shower petals on Maharashtra's Deputy CM Devendra Fadnavis during his roadshow in Nagpur.

#Watch | A drone was used to shower petals on Maharashtra's Deputy CM Devendra Fadnavis during his roadshow in Nagpur.

The Andheri Subway has been closed for pedestrian and vehicular traffic due to 3.5 ft of waterlogging following heavy rains.

The subway in Andheri was severely waterlogged on Tuesday after heavy rainfall in Mumbai.

#Watch | The subway in Andheri was severely waterlogged on Tuesday after heavy rainfall in Mumbai.

Amid heavy rain in Mumbai, a portion of a compound wall of a house collapsed on Tuesday morning.

The incident was reported at around 9:40 am. According to preliminary information from the BMC, the house was empty and the collapse happened after a tree had fallen on one of the portions of the house. No casualty has been recorded.

Watch | Ulwe road in Navi Mumbai blocked due to waterlogging

Amid rainfall in Navi Mumbai, the Ulwe road on Tuesday was blocked due to severe waterlogging.

#Watch | Amid rainfall in Navi Mumbai, the Ulwe road was blocked due to severe waterlogging.

With severe waterlogging in Mumbai's Sion and Chembur, the following BEST bus routes have been diverted:

Intense rain spells likely in Mumbai over next 3-4 hours

As per the latest radar observation at 10.50 am from Mumbai, intermittent intense spells are likely to continue for the next 3-4 hours over Mumbai, Thane, and parts of Raigad and Palghar.

Parts of Mumbai including Sion, Mulund, Chembur, Andheri East, Patanwadi in Malad East, and Kandivali witnessed flooding after the rains

With the Konkan region set to witness heavy rainfall Tuesday, Chief Minister Eknath Shinde has directed the administration in six districts to remain on alert and prepare to shift residents out of flood-prone areas if needed.

The district administration of Thane, Palghar, Raigad, Ratnagiri, Sindhudurg and Kolhapur have been put on alert. NDRF teams have been deputed, said the CMO.

The CM has also asked the state administration to monitor the situation in Mumbai which is witnessing heavy rainfall since Monday evening.

Both Colaba and Santacruz observatories recorded rainfall in the triple digits, 117 mm and 124 mm, respectively, over the past 24 hours ending at 8.30 am on Tuesday

In Maharashtra political drama, cameo by a 30-year-old from Haryana makes people sit up

As drama swirled around the Maharashtra government’s survival, one of the characters at the heart of it was a politician from Haryana, Sonia Doohan. The 30-year-old national president of the NCP students’ wing was held along with an aide for allegedly using fake identification documents to check into a hotel in Goa, where Sena rebels were staying. Doohan, who played an "important role in the fall of the three-day BJP government in 2019" according to NCP's Dheeraj Sharma, has denied the allegations. Read more 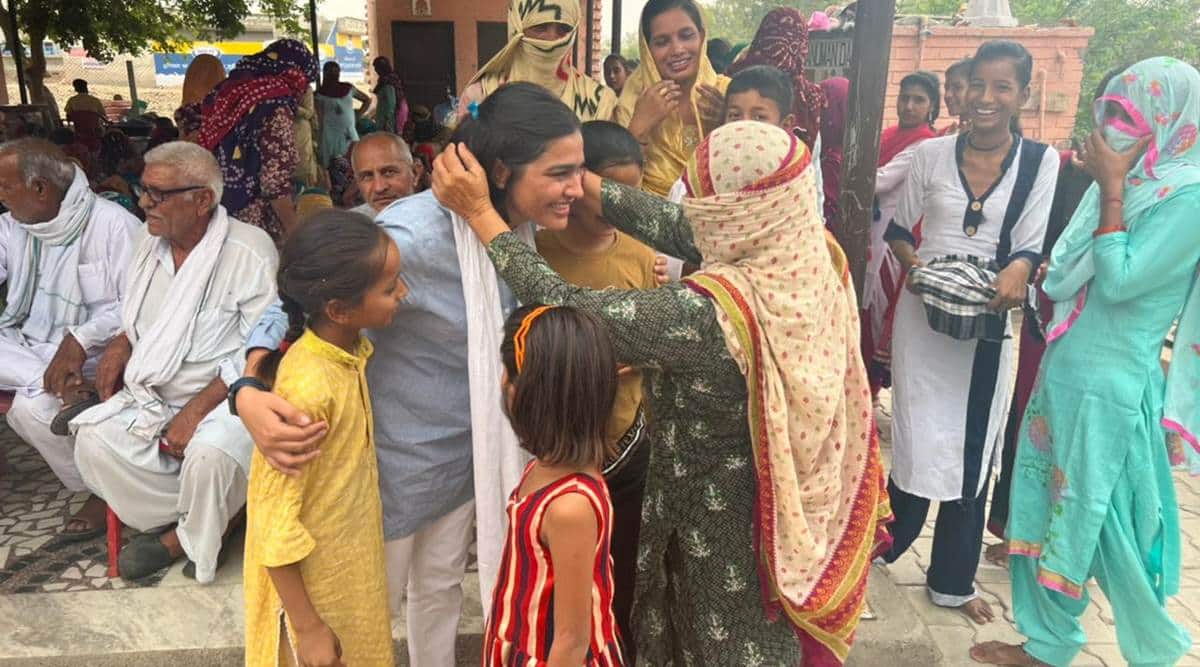 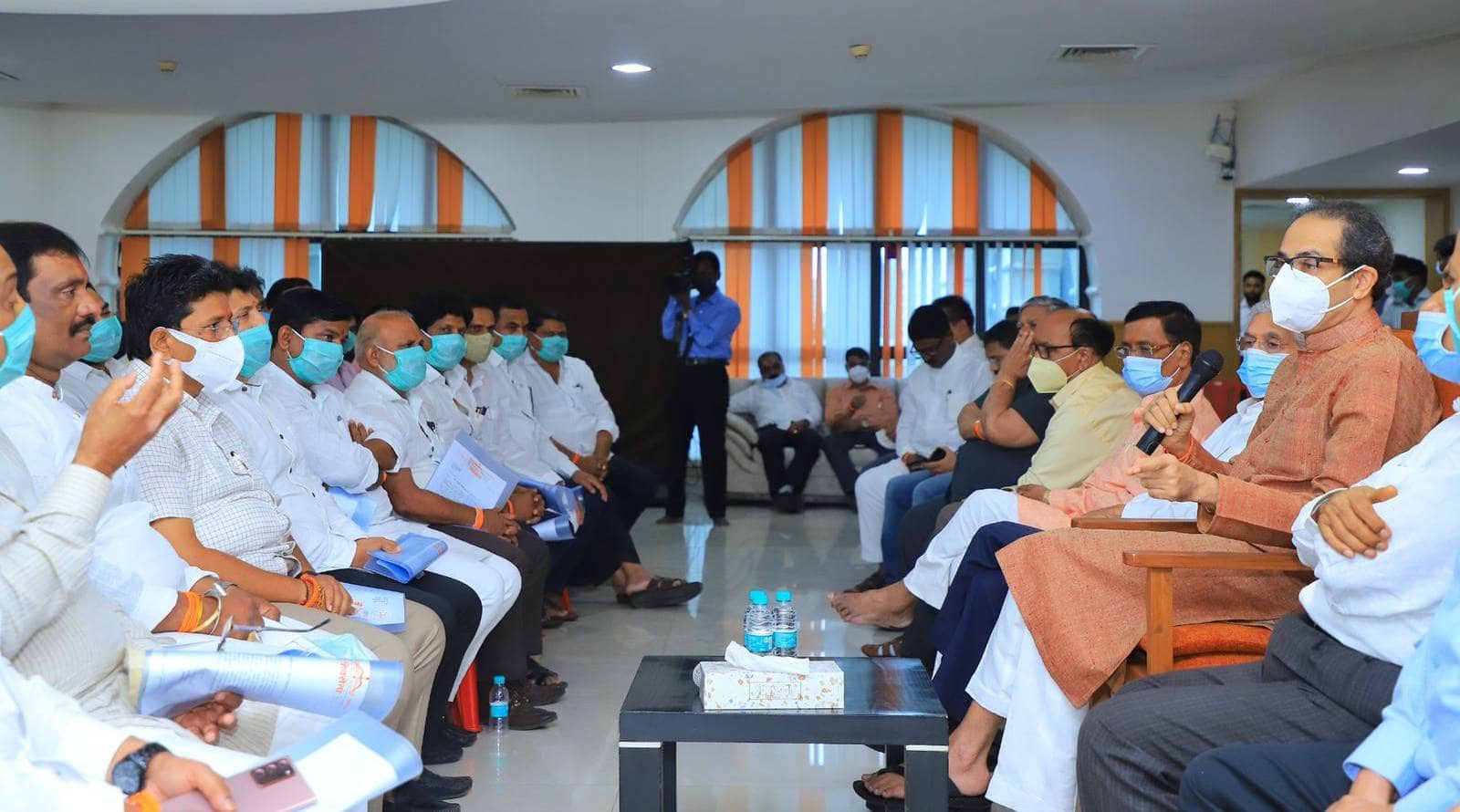 As the Shiv-Sena-BJP government in Maharashtra cleared the floor test with a majority of 164 votes in the 288-member House, Chief Minister Eknath Shinde said development and Hindutva are on the new regime’s agenda.

Speaking in the Assembly, Shinde broke down remembering the period after the 2019 state elections, and said he was very disturbed at the way he was treated during the polls.

“They (the Thackeray faction of Shiv Sena) must understand why such a big incident (the rebellion) took place. They should find out the root cause of it,” he said, adding that he was ready to be a “martyr” to save the party. Read full story here

Ajit Pawar elected as Leader of Opposition in Maharashtra assembly

Ajit Pawar elected as Leader of Opposition in Maharashtra assembly.

Shinde faction of Sena and BJP will get 200 MLAs elected in next polls, says CM

He said that in next election, his faction of Sena and BJP together will get 200 MLAs elected.

Development and Hindutva are on our agenda: Eknath Shinde

Police personnel deployed to maintain law and order after the killing of chemist Umesh Kolh on June 21, in Amravati, Monday, July 4, 2022. (PTI)

The City Kotwali police on Monday added sections of the Unlawful Activities (Prevention) Act (UAPA) against all accused in the murder case of chemist Umesh Kolhe. The case was later handed over to the National Investigation Agency (NIA).

I apologised, don’t want to pursue matter further: Man who got threat calls over similar post

Only one of the three men from Amravati, who reportedly received threats over their social media posts in support of suspended BJP leader Nupur Sharma, agreed to file a complaint with police against the threat calls. The 40-year-old man, the owner of a mobile phone shop, filed the case in the City Kotwali police station where a non-cognisable complaint was registered on June 28 under Section 507 (criminal intimidation by anonymous communication) against unknown persons.

A chemist from Amravati, 54-year-old Umesh Kolhe, was murdered on June 21, allegedly over a similar social media post. Police said the other two men who received threat calls about their posts didn’t want to register a complaint.

The shop owner, on condition of anonymity, told The Indian Express,” On June 10, I received a post supporting Nupur Sharma on a WhatsApp group called Busyland Parivar (family).” Busyland is a commercial hub near Amravati city. “Around 3.15 pm, I made the post my WhatsApp status by mistake. Within four minutes, I realised it was a bad post, got scared and deleted it,” he added.