Maharashtra: Fishermen to get up to Rs 30,000 cash as one-time compensation

Government statistics show that 76,345 households in the state are directly dependent on fishing, while another 9.93 lakh indirectly benefit from it. 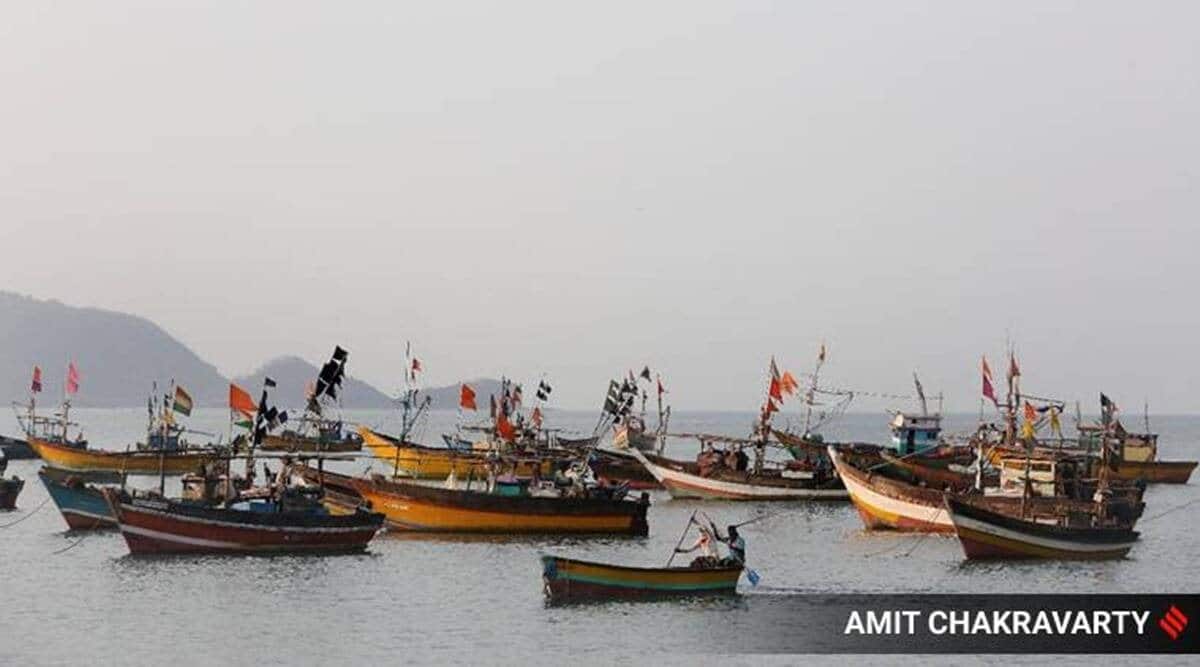 As many as 14 fishermen are missing, as per reports.

Fishing boat owners from Maharashtra will receive a one-time cash compensation up to Rs 30,000. In the aftermath of the Covid-19 pandemic and sustained losses to the fishing business in the last couple of years, the Uddhav Thackeray-led government on Wednesday handed out a special relief package to the community.

Under the package, licensed fishing boat owners will be entitled for a cash dole ranging from Rs 5,000 to Rs 20,000, depending on type of boat and fishing. The government has also announced a one-time grant of Rs 3,000 to help fish sellers procure ice boxes.

Government statistics show that 76,345 households in the state are directly dependent on fishing, while another 9.93 lakh indirectly benefit from it. The government has contended that the relief package would benefit 54,573 households at a cost of Rs 65 crore to the state exchequer.

State Fisheries Minister Aslam Shaikh, who is from the Congress, said: “The government has tried to extend some relief to fishing community facing challenges due to mounting losses.”

Of the 15,402 registered boats, records show that 7,671 or nearly 43 per cent fall in the high-powered category and would, therefore, stand to receive Rs 40,000. Another 48 per cent of boat owners (8,712) either own non-mechanised or low-end mechanised boats. They will be entitled to Rs 20,000 each. The government has anticipated 35,000 fish sellers to opt for relief for ice box procurement.

The Maharashtra Machimaar Kruti Samiti (MMKS), an apex representative body of all fishermen societies, had written to Thackeray, complaining that several fishing families were faced with a survival crisis.

While welcoming the announcement, MMKS general secretary Kiran Koli said there was a need to widen and enhance the package.

“The fishing sector is in a shambles. There has already been a significant dip in the catch due to increased water pollution, but repeated tropical cyclonic events, erratic rainfall pattern, choppy seas, and restrictions on venturing into the sea due to seismic surveys, terribly hit peak season fishing in 2019-20. The damage caused to boats during Cyclone Nisarga and lockdown has worsened matters,” he added.

The MMKS has been demanding that a state declared a “fishing drought” and hand out a Rs 1,000-crore package to the community, which the government has ruled out for now.