Fishermen have claimed they could not manage average fish catch in the last three months as cyclonic disturbances over the Arabian Sea and post-monsoon showers had reduced the number of fishing days. 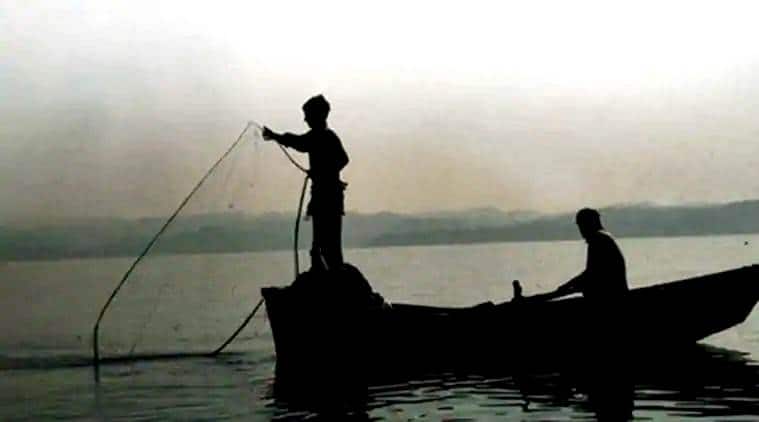 There are around 20,000 fishing boats in Maharashtra’s Sindhudurg, Ratnagiri, Palghar, Thane and Raigad districts. (Representational Image)

Fisherfolks have urged the state government to release immediate financial assistance of Rs 25,000 to each fisherman and Rs 1 lakh each for loss of boat as unseasonal and post-monsoon rainfall left a trail of destruction across Maharashtra. Earlier this month, a delegation, led by Akhil Bhartiya Macchimar Committee president Damodar Tandel, had met fisheries commissioner to seek compensation.

Fishermen have claimed they could not manage average fish catch in the last three months as cyclonic disturbances over the Arabian Sea and post-monsoon showers had reduced the number of fishing days.

While the official withdrawal of southwest monsoon was October 14, the state witnessed heavy winds and rain till the last week of October. Between June to November 1, the state reported an average of 1,353.11 mm rain, against the normal 1,199.4 mm.

There are around 20,000 fishing boats in Maharashtra’s Sindhudurg, Ratnagiri, Palghar, Thane and Raigad districts. Of these nearly 10,000 boats are mechanised and fish in the deep sea, while the rest are smaller or artisanal, and fish adjoining the coast and creeks.

Trip cost for each mechanised boat cost is around Rs 1.5 lakh, including the cost of ice, nets, ration, and diesel. Fishermen have claimed that even expenses for these trips were not met this year. While nets and boats were damaged, they claimed, the catch had also gone down.

The southwest monsoon this year picked up pace in July. While there are approximately 110-120 days of fishing between August and November, fishermen complained they could not fish for nearly 60-65 days because of bad weather and the two tropical cyclones in the Arabian Sea — Kyarr and Maha — further reduced the fishing days. “The days between August-November is the peak fishing season and sees nearly 70 per cent of output is during these four months. However, due to poor weather conditions, on average we have only received 20-25 good fishing days. There is hardly any fishing in December,” said Ganesh Nakhwa, vice-president of Maharashtra Purse Seine Fishing Welfare association. He said this year the industry is facing a loss of around Rs 2,500 crore.

Nakhwa added that state government not only should extend compensation but should also study climate change and its impact on the fishing industry. “In the last 10 years, the fish catch has reduced in the state. I have seen changes in water salinity and sea surface temperature, which directly impacts fish breeding. While fish catch is declining along the Maharashtra coast, it is shifting towards Oman. The government needs to study climate change and propose mitigation methods,” Nakhwa said.