Of the 11,483 villages where Jalyukta Shivar Abhiyan work is on, 4,600 villages declared water neutral. 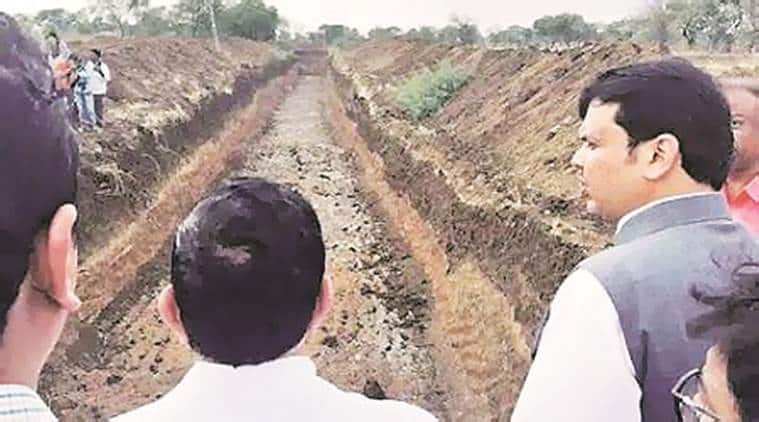 Over 35,238 Jalyukta Shivar works have been completed with a total expenditure of Rs 351.28 crore.

The state government has set itself the daunting task of converting 6,883 villages, shortlisted under two phases of jalyukta shivar projects, as water neutral in year 2016-17.

A detailed mapping of the villages along with work progress comes with a non-negotiable rider of being water neutral in a time-bound manner.

The emphasis on audit to ascertain the village’s water neutrality is to reassure the long term planning complete with policy shift on giving significance to increase in water tables. In all villages where jalyukta shivar works have been completed 100 per cent or were in progress in varying degrees, officials have been asked to carry out scientific water audit to ascertain quantum increase in surplus water factoring village requirements worked along with ratio of population for domestic use, agriculture and industries.

Chief Minister Devendra Fadnavis said, “The report suggests 4,600 villages have become water neutral. Tackling water scarcity was the immediate concern in drought prone regions. But we are now focusing on making villages water neutral. The significant aspect that determines the village water neutral is the index of the underground water table. Unless, there is a substantial increase in water tables driven by recharge technology, we cannot expect the desired results.”

While describing the first two phases of 2.74 lakh jalyukta shivar works across 11,483 villages as extremely fruitful, he said, “We have to meticulously plan water management and crop patterns village wise.”

According to statistics on October 2016, jalyukta shivar works in second phase (2016-17) across 5,281 villages planned 51,701 projects. 35,238 works have been completed. Total expenditure so far Rs 351.28 crore.
Public participation in second phase resulted in 1,886 de-silting work undertaken by villagers whose contribution was Rs 113 crore.

According to village water and agriculture management expert Popat Pawar, “The participation of villagers through awareness campaign to consolidate gains of jalyukta shivar for enforcing right use of water along with change in crop pattern should be the step forward.” The farmer sarpanch of Hiwre Bazar, who set an example of model village after getting rid of drought more than a decade ago, said, “The chief minister displayed political will by the right policy decision in enforcing the jalyukta shivar. It required a political will.”