Last week, the Ranas had asked Thackeray to recite Hanuman Chalisa on April 16 on Hanuman Jayanti while threatening that they would recite the same outside Matoshree if he did not do so. 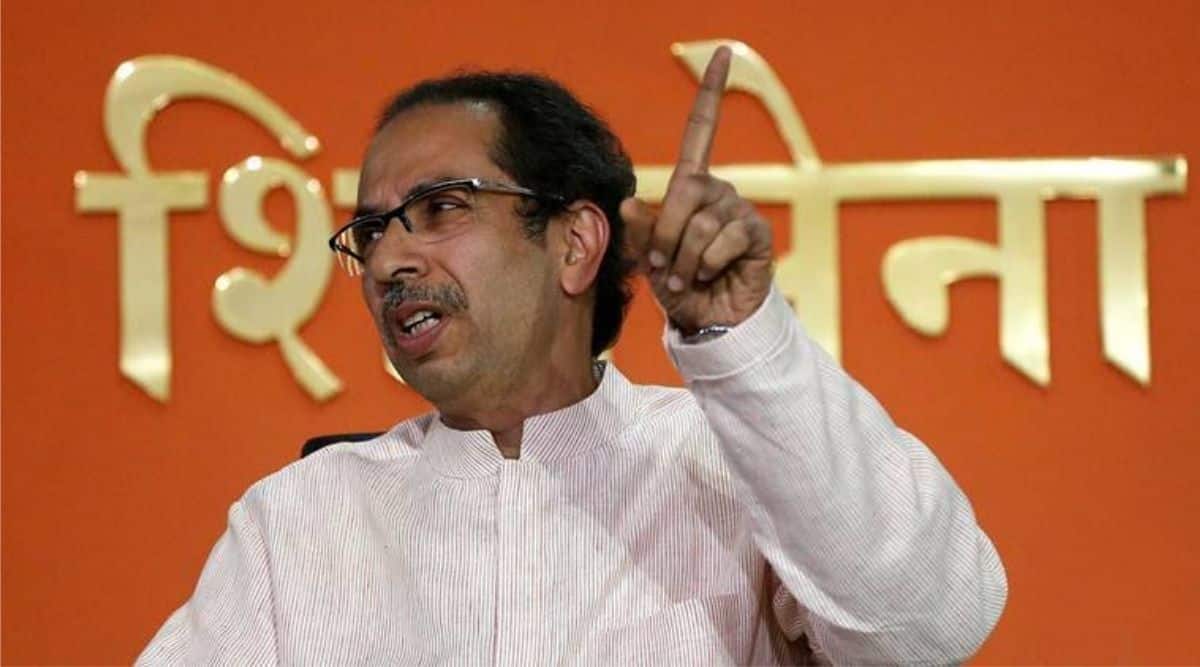 A face-off between the Shiv Sena and Independent MLA Ravi Rana and his wife MP Navneet Rana is likely, as the Ranas on Friday reiterated that they would recite the Hanuman Chalisa outside Matoshree in Bandra (West) on Saturday to “ward off the calamities that have been hitting the state ever since Uddhav Thackeray took over as chief minister”.

Following this, Sena leaders dared the couple to recite Hanuman Chalisa, warning them that they would get a befitting reply from Shiv Sainiks.

Last week, the Ranas had asked Thackeray to recite Hanuman Chalisa on April 16 on Hanuman Jayanti while threatening that they would recite the same outside Matoshree if he did not do so.

On Friday afternoon, amid heavy deployment of police personnel outside Thackeray’s residence Matoshree, and gathering of a large number of Shiv Sainiks, the CM – who has been residing at his official residence Varsha bungalow in south Mumbai – arrived at Matoshree along with his son Environment Minister Aaditya Thackeray and interacted with party workers.

Sources said that Thackeray had come to Matoshree since Shiv Sainiks had gathered in large numbers following Rana’s threat. The CM also held a meeting with Sena leaders to discuss the situation. Former mayor Kishori Pednekar said that Sena workers will guard Matoshree till Saturday evening.

The issue of reciting Hanuman Chalisa has become a simmering issue in Maharashtra politics after MNS chief Raj Thackeray on April 2 gave an ultimatum to the government to remove loudspeakers from mosques by May 3 and threatened to recite Hanuman Chalisa outside mosques if this was not done. Ravi Rana had supported the BJP-Shiv Sena government during 2014-19.

On Friday, as the couple arrived in the city, the Mumbai Police issued a notice to them at their Khar residence. The police said the notice was necessitated following the couple’s defiance, which amounted to fomenting law and order problem.

Unfazed by the police notice, the Ranas held a media interaction at their residence, reasserting their decision to recite Hanuman Chalisa outside Matoshree on Saturday. “We have not done anything wrong. Why should anybody object to our recitation of Hanuman Chalisa? We make an ardent appeal to CM also to join us in reciting the hymns of Lord Hanuman who is worshipped by Hindus,” said Ravi Rana.

Navneet Rana added, “Why should anybody stop us from taking the name of Lord Hanuman? We have the right to chant Hanuman Chalisa. And we will exercise that right. We will recite Hanuman Chalisa outside Matoshree.”

Sena leaders accused the BJP of hatching a conspiracy with the Ranas to defame the party and destabilize the Maha Vikas Aghadi government. “If they want to recite Hanuman Chalisa, they should do so at their homes. But if they decide to do stunts, we will give them a befitting reply. Such attempts are deliberately being made by BJP’s central leadership to defame the Shiv Sena and to destabilise the government,” Sena’s Vinayak Raut told mediapersons outside Matoshree.

Calling the Ranas “Bunty-Babli”, Shiv MP Sanjay Raut said that they are engaging in stunts. “They are from the film world and are engaging in stunts. Sainiks are capable… Reciting Hanuman Chalisa or celebrating Ram Navami are matters of faith and religion. They are not issues of drama and stunts, but of late, the BJP has started stunts in the name of Hindutva,” he said in Nagpur.

Meanwhile, BJP leader Mohit Kamboj’s car was allegedly attacked by a group of Shiv Sainiks while he was passing through Matoshree. The police said the incident took place around 9.30 pm when Kamboj’s car stopped at the signal at Kalanagar. An officer said, “The Shiv Sainiks saw that the vehicle was with a convoy and had bodyguards around it. After they saw Kamboj, they attacked his vehicle.” However, the Kherwadi police officers, stationed outside Matoshree, stopped the Sena workers and Kamboj’s car left the spot.