Union Minister Dharmendra Pradhan, who gave away the awards, had a conversation with Loksatta editor Girish Kuber at the function. 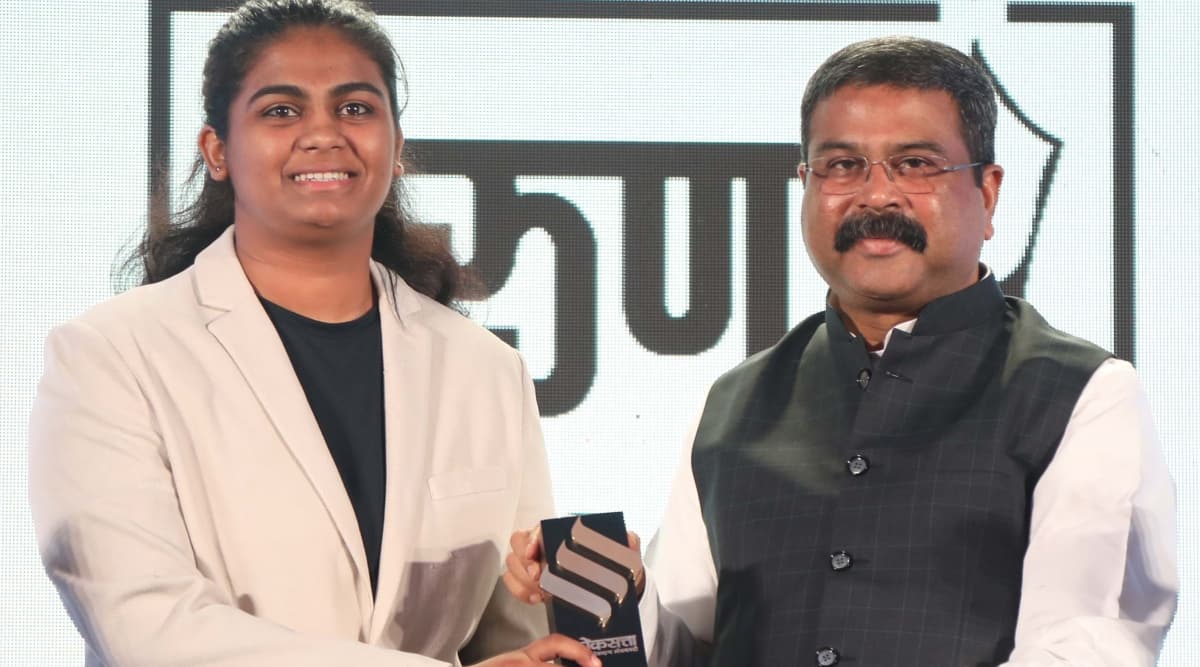 One of the recipients of the Loksatta Tarun Tejankit Awards 2021, which were given to young achievers from different walks of life in Maharashtra on March 27, is Alifiya Khan Pathan, a boxer from Nagpur’s Mankapur region.

Alifiya had little clue that her shift from badminton to boxing would bring home a bevy of medals, the most talked about of which being the gold that she won at the AIBA Youth World Boxing Championship in April 2021.

Daughter of sub-inspector Akram Khan, Alifiya has always been interested in sports. Her two brothers too are sportspersons. While one brother plays throwball, the other is a boxer and has won medals at the national level. She initially trained in badminton at a sports complex in Nagpur where her brother was learning boxing from coach Ganesh Purohit. Her father was more than supportive when Alifiya expressed her inclination toward boxing and began training under Purohit.

Alifiya has won a total of nine medals, including six golds, in boxing matches held as part of events such as Khelo India Khelo.
Alifiya has been honoured by several national as well as international sports organisations. At the AIBA Youth World Boxing Championship in Poland, she won the gold in the 81kg category, which had 414 contestants from 52 countries.

In the Asian Junior Boxing Championship, Alifiya won a gold medal. In 2018 she won a bronze medal in the Nations Cup Boxing in Serbia. She
got seven golds in boxing championships in Guwahati, Assam, in 2017.

Union Minister Dharmendra Pradhan, who gave away the awards at the function, had a conversation with Loksatta editor Girish Kuber.

Explained: What is the MQM, the party that has turned away from Imran Khan, sealing his fate?