🔴 A First Information Report was registered against the Bollywood actor for allegedly hurting the sentiments of the Sikh community. 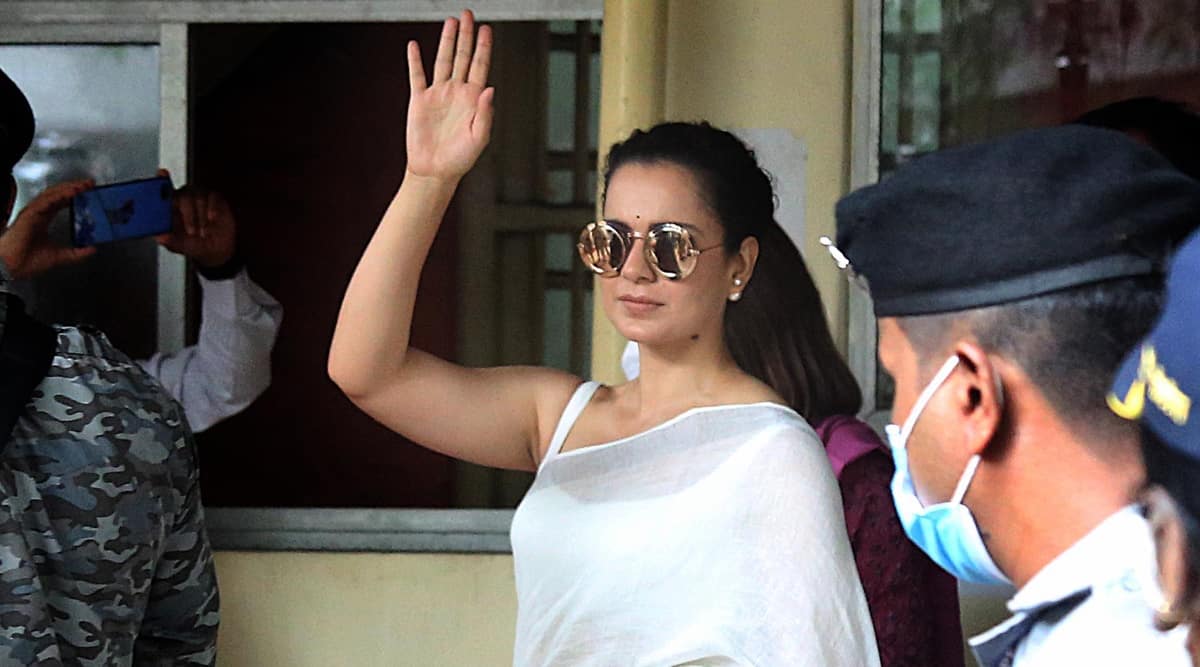 Kangana Ranaut had approached the Bombay High Court earlier this month to quash the FIR against her. (File Photo)

Bollywood actor Kangana Ranaut reached Khar Police Station on Thursday morning to record her statement in a case related to alleged derogatory remarks made by her on a social media platform regarding the farmers protests.

A First Information Report (FIR) was registered against her for allegedly hurting the sentiments of the Sikh community.

Ranaut had approached the Bombay High Court earlier this month to quash the FIR against her. The actor was summoned by Khar police to record her statement. The police, however, had informed the court that they will not arrest her in the case.

The FIR was lodged by Amarjeet Singh Sandhu, along with leaders of the Delhi Sikh Gurdwara Management Committee and the Shiromani Akali Dal. According to the FIR, the complainants had come across a post on Kangana’s profile, a translation of which read: “Khalistani terrorist may be arm twisting the government today …but let’s not forget the woman prime minister had crushed them under her shoe…no matter how much suffering she caused to this nation …she crushed them like mosquitoes at the cost of her own life ….but did not allow the country to break into pieces…even decades after her death ….they still shiver on hearing her name ….they need gurus like her.”

The FIR further added that the aforesaid statements insulted the Sikh religion, faith and their beliefs. Members of the Delhi Sikh Gurdwara told The Indian Express that Ranaut had intentionally and deliberately portrayed the farmers’ protest as a Khalistani movement and also dubbed the community as terrorists. It further claimed that she had called the massacre and genocide of 1984 a planned and calculated move on part of the then prime minister Indira Gandhi, the official said quoting the complaint.

“The case was registered under Section 295 A (deliberate and malicious acts, intended to outrage reli­gious feelings of any class by insulting its religion or reli­gious beliefs) against the actor,” Gajanan Kabdule, senior police inspector of Khar police station, said.