Shinde's visit comes five months after he led a rebellion against Uddhav Thackeray, and formed an alliance with the BJP to become Chief Minister. 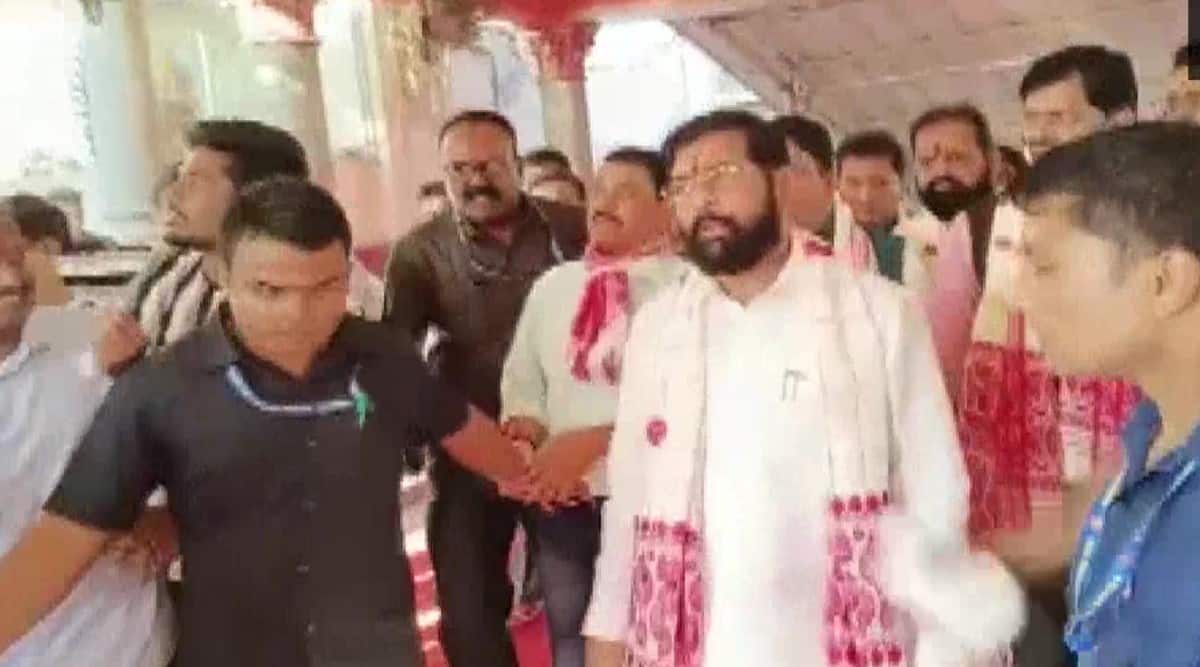 Maharashtra Chief Minister Eknath Shinde Saturday offered prayers at the Kamakhya Devi temple in Assam’s Guwahati along with MPs and MLAs of his faction of the Shiv Sena as well as leaders from the BJP.

Shinde’s visit comes five months after he led a rebellion against Uddhav Thackeray, and formed an alliance with the BJP to become Chief Minister.

Shinde had last visited the temple June-end during his stay at a five-star hotel in Guwahati along with rebel Sena and Independent legislators who pledged to support him. At the time, he had vowed to return to the temple to “express gratitude to the Goddess for blessing them and fulfilling their vow of forming the government”, sources told The Indian Express.

Read also |In Mumbai, a pair of vibrant flamingos add a pop of colour to Sewri skyline

“The first time we went, we were invited by the Chief Minister of Assam. But then we were in a hurry so we couldn’t. Now we are going as per the invitation given by the Chief Minister of Assam. We pray that good days will come to the farmers of the state, may the people of Maharashtra be happy and there will no troubles in the state… Apart from praying for the people of the state, we have no other agenda,” Shinde had said while leaving from Mumbai.

Shinde has been accompanied by all state legislators, except six MLAs and one MP. MLAs Chandrakant Patil, Mahendra Dalvi, Sanjay Gaikwad. Gulabrao Patil, Abdul Sattar, Tanaji Sawant, and MP Shrirang Barne did not accompany Shinde to Guwahati. They clarified that they could not join Shinde due to prior commitments.

The group is expected to stay at the Radisson Blu hotel, where all of them were stationed in June this year during the defection from Shiv Sena.