The special court had last week rejected the bail pleas of three others, including Aryan Khan, son of Bollywood actor Shah Rukh Khan, saying all the accused are connected by a common thread since they are all charged with conspiracy. 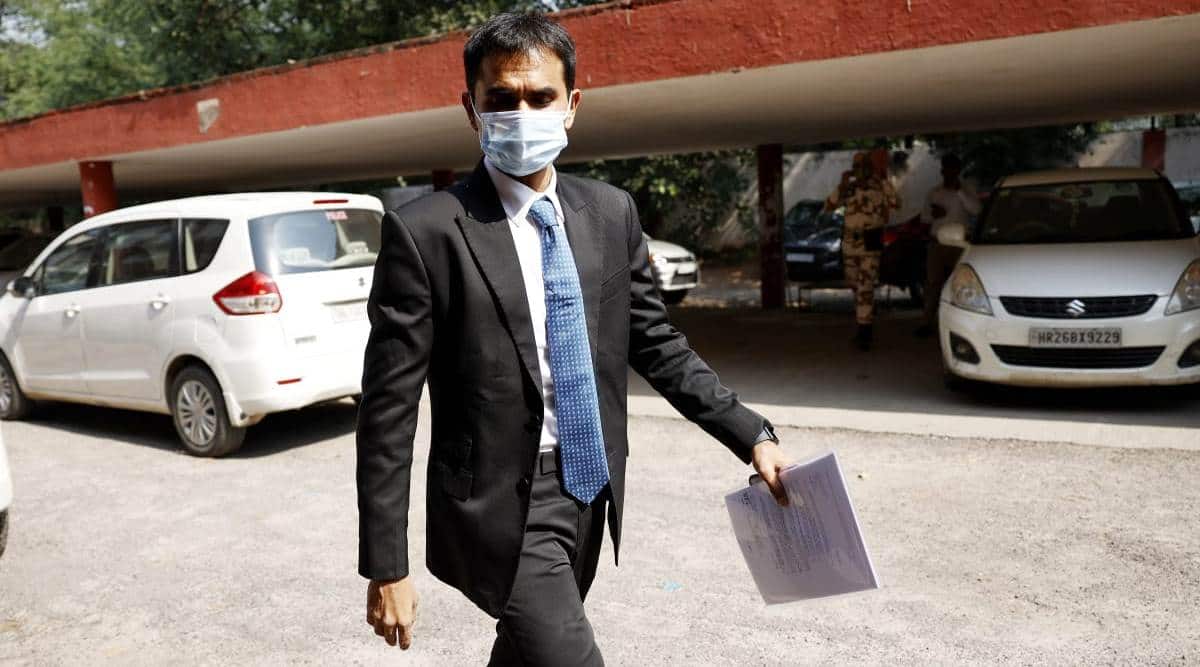 Wankhede at the NCB office in Delhi Tuesday. (Express photo by Praveen Khanna)

A SPECIAL Mumbai court on Tuesday granted bail to two men booked in the cruise ship drug raid case. Avin Sahu and Manish Rajgariya, arrested by the Narcotics Control Bureau (NCB) on October 4, are the first from among 20 of those arrested to be granted bail.

The special court had last week rejected the bail pleas of three others, including Aryan Khan, son of Bollywood actor Shah Rukh Khan, saying all the accused are connected by a common thread since they are all charged with conspiracy.

On Tuesday, Special Judge V V Patil allowed the bail pleas of Sahu and Rajgariya, setting certain conditions. The detailed order allowing bail is yet to be made available.

On behalf of Sahu, his lawyer Sana Raees Khan had argued that the only allegation against him was that he smoked ganja twice on the cruise. Khan had argued that the maximum punishment for the charge was one year and there was no need to keep him incarcerated. Khan had also said that Sahu’s case was different from Aryan Khan’s as there was no seizure of his phone or any recovery of WhatsApp chats — though both were arrested without any drugs in their possession and were charged with consumption. Khan had also argued that the NCB had not taken any blood samples from the arrested accused, hence consumption could not be proven.

Rajgariya’s lawyer Taraq Sayed had argued that there was no evidence of any recovery from him. He said the panchnama had named two others and claimed that the chief security officer handed over 2.4 gm of ganja to an NCB officer.

Both Sahu and Rajgariya said the drug recovery from other accused cannot be foisted on them.

The NCB, however, opposed their bail pleas stating that all accused have to be viewed as “intrinsically connected” and joined in conspiracy.

The court also heard bail pleas of two other accused, Nupur Satija and Gomit Chopra. Satija’s lawyer Ayaz Khan argued that the search of Nupur and her room in the cruise were conducted by a panch witness and not a gazette officer as required by law, rendering inadmissible the alleged recovery of four pills of ecstasy. He also said Satija’s arrest was illegal, since she was arrested after sunset.

Chopra’s lawyer Kushal Mor argued that he has no connection with Aryan Khan and the two others whose bails were rejected. The raid team had allegedly recovered pills of ecstasy and three grams of cocaine. He said it was the NCB’s case that the drugs were for consumption, therefore other sections cannot be invoked. Mor also said the NCB had violated provisions of the NDPS Act while conducting the panchnama and hence the recovery was inadmissible.

The court is scheduled to hear the bail pleas of the remaining accused this week.