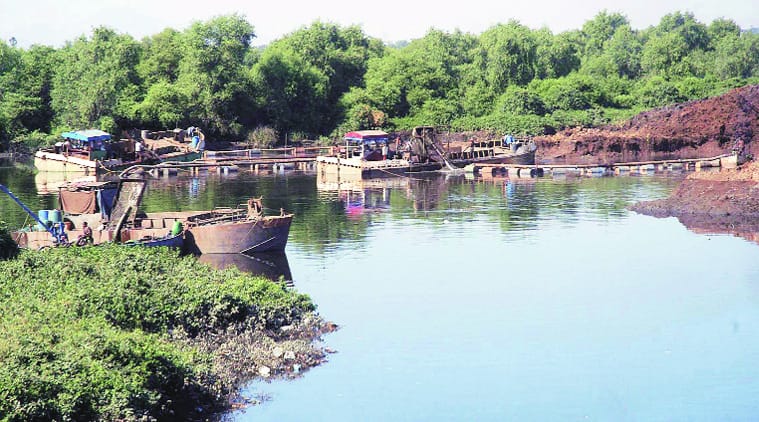 According to the MPCB, of the total 90 million litres per day (MLD) sewage generated from UMC, 10 MLD is discharged without treatment into Ulhas river. (Source: Express photo)

After the National Green Tribunal (NGT) rapped the Ulhasnagar Municipal Corporation (UMC) last week for not diverting the Khemani nullah that carries sewage directly into Ulhas river, the UMC has now informed the tribunal that diverting the nullah is not practical.

Although the NGT, in May, had given the UMC three months to divert the nullah, the corporation has now suggested another technical solution that will take at least two years to be completed at the cost of approximately Rs 20 crore.

“We can create a sump well and by arresting the flow of the nullah, the polluted water from the nullah can be lifted from the sump well and released near Shantinagar sewage station,” stated UMC commissioner Balaji N Khatgaonkar in an affidavit to the tribunal recently.

Enlisting the details of the new technical plan to ensure polluted water from the nullah does not reach the Ulhas river, the UMC stated that the project would take approximately two years for completion.

The UMC further stated that this new project has received administrative approval and fund allocation during the general body meeting held in August. Meanwhile, in 2013, claiming that the older proposal to divert the nullah had got costlier, the UMC had sent a proposal to seek funds under Jawaharlal Nehru National Urban Renewal Mission (JnNURM) for diverting the nullah.

According to the Maharashtra Pollution Control Board (MPCB), of the total 90 million litres per day (MLD) sewage generated from UMC, 10 MLD is discharged without treatment through Khemani nullah into the drinking water zone of Ulhas river.

The tribunal had asked the UMC to divert the nullah in May and warned the UMC that in case of non-compliance within three months, it would give directions to the state urban development department to take control of the affairs of Ulhasnagar and deal with the problems of pollution in the area.

Moreover, a UMC official had stated in the tribunal that an order to divert the nullah has been issued, which the tribunal has now taken up as no order had been.

The tribunal, earlier this week, asked the UMC whether an administrative action has been taken against the defaulter (official) for the incorrect statement and if no action has been taken, then what is being proposed. The UMC in reply has stated that an “inadvertent and unintentional mistake occurred while making the statement and therefore no action requires to be taken” and has tendered an unconditional apology.