Nisar Tamboli, deputy inspector general of Nanded range, said, “There is no rain but gates of some dams were opened in Nanded. 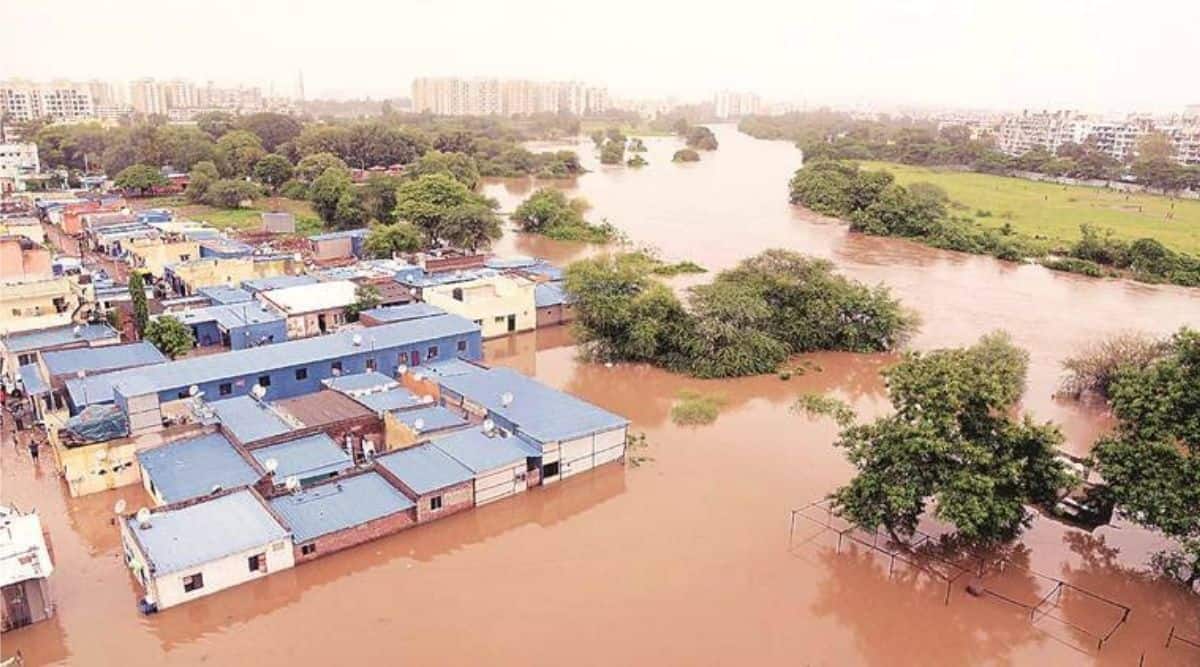 The irrigation department also opened gates of the Jayakwadi project, the largest water catchment in Marathwada, as storage level rose over the 90 per cent mark. (Representational)

The death toll in the floods that hit parts of Marathwada on Tuesday rose to 15 on Wednesday. Large parts of Nanded district were inaccessible as flood waters inundated the road network.

The irrigation department also opened gates of the Jayakwadi project, the largest water catchment in Marathwada, as storage level rose over the 90 per cent mark. Jayakwadi is located at Paithan in Aurangabad.

Chief minister Uddhav Thackeray, who held flood review meetings on Wednesday, has ordered that panchanamas of agricultural land submerged by the flooding, mainly caused by dam discharges, must be done at the earliest to assess the damage to the standing kharif crop.

As per the relief and rehabilitation department, the damage to the farms in Aurangabad, Latur, Beed and Osmanabad districts has been immense.

The survey of damaged houses is yet to take place; government records show damage to 25 houses while 317 persons have been evacuated in the last 48 hours.

Students who were prevented by the heavy rainfall from reaching exam centres for the common entrance test for engineering and other courses have been assured they can take the test on October 9 and 10.

The Indian Air Force (IAF) has sent two helicopters from Pune along with two teams of National Disaster Response Force to Latur and Osmanabad.

Latur collector Prithviraj BP said that an IAF helicopter rescued three persons from Pohregaon on Wednesday morning. “The discharge from projects at Terna and Manjara has stopped and the loss to the crop is huge. Even on Wednesday evening, the low lying areas of Latur were cut off,” he said.

Osmanabad collector Kaustubh Diwegaonkar said the district administration had rescued 439 persons by boat. “One of the persons got washed in floods and we are searching for him. We have used IAF helicopters to rescue people,” said Diwegaonkar, adding that two lakh hectares of crop was damaged in Osmanabad.