Conversion to help run faster trains, save energy and cut down travel time 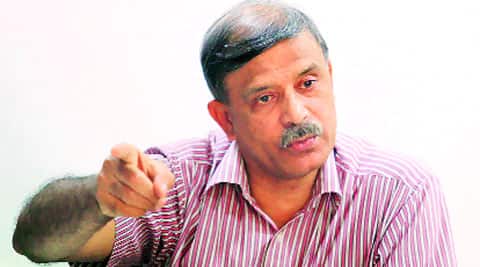 The conversion work is being undertaken to run faster trains, save energy and cut down travel time of trains by avoiding change of engines for long-distance trains as the rest of the Indian Railways is powered by AC traction.

In August this year, Sood had announced that the CR would run all its trains on AC traction from January 1, 2015.

“The conversion will not take place until we get four additional rakes. We have completed all the work. However, due to delay in arrival of Bombardier rakes, we are unable to switch over to AC current,” said Sood during the interaction.

If the conversion is undertaken immediately, CR will have to phase out nine DC rakes, which mean withdrawing around 117 daily services.

Since the railways cannot reduce the number of daily services, it has no option but to wait for the approval of the two Bombardier rakes.

Sood said that apart from the two Bombardier rakes that are already in the city, CR will need two additional rakes, which he said may be sourced from Western Railway (WR), depending on the availability of rakes.

Currently, CR uses 75 rakes on its mainline, of which nine will become unusable after conversion work.

“We have sent all the documents related to the conversion for a review by the Chief Commissioner of Railway Safety (CCRS) on December 1,” said Sood.

The administration, which is ready to test-charge the section, is now waiting for a weekend to carry out the activity. With the next two weekends unavailable for any block due to major public events, CR plans to carry out the activity on December 20. Once the test charge is carried out, the Commissioner of Railway Safety (CRS) will conduct an inspection before giving the railways a green signal.

Until two of the 72 12-car rakes procured under the World Bank-funded Mumbai Urban Transport Project 2A, which arrived in Mumbai last year, are commissioned, CR will have little choice but to continue with the old traction.

On cue from CM, MMRDA dusts off old plans for BKC-type business hubs in city