Chandrapur is under red alert on Monday, indicating extremely heavy rainfall over the district. Mumbai, Thane, Palghar and 17 other districts are likely to receive heavy rainfall, accompanied by gusty winds, thunderstorms and lightning in the ghat area. 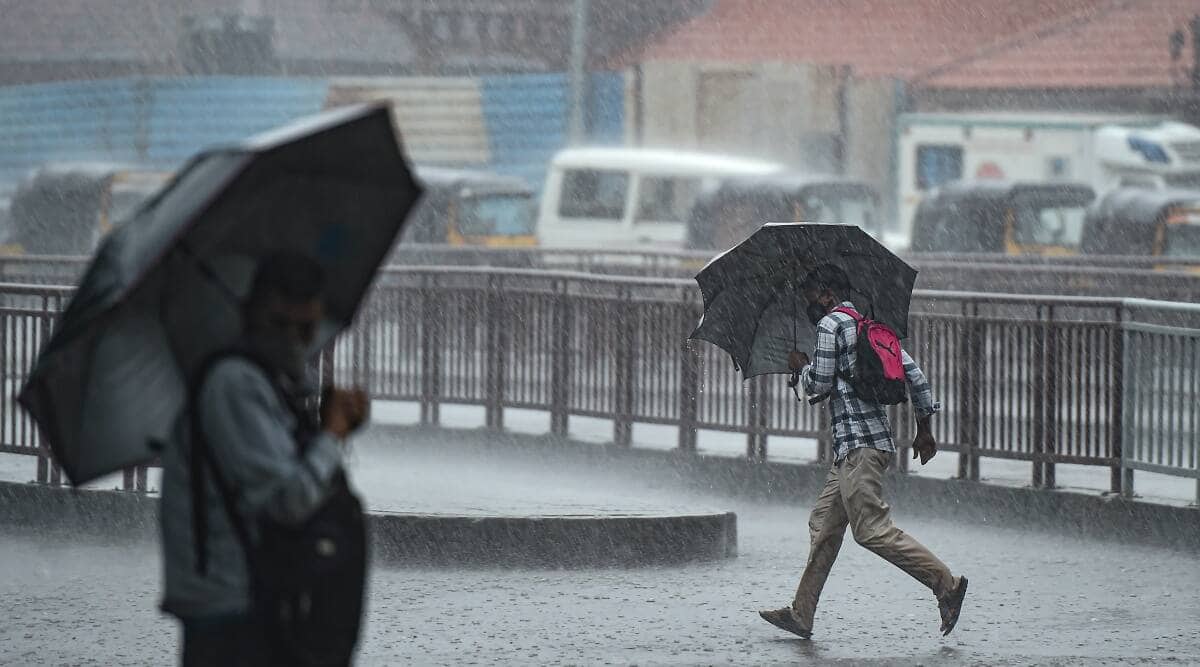 The monsoon is India's lifeline and a good monsoon essentially boosts the agrarian-driven economy. India has two kinds of monsoon -- the summer monsoon between June to September and the northeast monsoon during October and December. (File)

Under the influence of the cyclonic storm Gulab, which is likely to make a landfall between Odisha and Andhra Pradesh coasts on Sunday evening, all 36 districts of Maharashtra are under heavy rain alert for Monday and Tuesday.

Vidarbha, Marathwada and North Madhya Maharashtra are likely to get heavy to very heavy rainfall and strong gusty winds from Sunday evening and Monday and Tuesday under the influence of the system. Parts of Konkan region are likely to receive heavy to very heavy rainfall at isolated places along with thunderstorms, lightning and strong gusty winds on September 27 and 28.

Cyclone Gulab is likely to move nearly westwards and cross north Andhra Pradesh, south Odisha coasts between Kalingapatnam and Gopalpur. It will travel at a maximum sustained wind speed of 75-85 kmph gusting to 95 kmph around midnight on Sunday.

Cyclone Gulab will begin its landfall process around Sunday evening, the India Meteorological Department said in its latest bulletin.

As per the forecast, Chandrapur is under red alert on Monday, indicating extremely heavy rainfall over the district. For Monday, Mumbai and neighbouring districts Thane, Palghar and 17 other districts are likely to receive heavy rainfall, accompanied by gusty winds, thunderstorms and lightning in the ghat area.

As the cyclonic storm is projected to move westwards after weakening to a deep depression and depression over the next two days, the intensity of rain is likely to increase over the Konkan and Madhya Maharashtra districts on Tuesday.

This is the third cyclone of 2021 after Tauktae and Yaas. Cyclone data between 1990 and 2021 show that only 14 cyclones developed during September, with just three storms between 2011 and 2021 (excluding the Cyclone Gulab).