"As the ship was about to sink, I could see all of them crying in fear. We all were scared to death. I remember Vijay, Vicky, Ankush, Bappa, Suraj Chouhan and Rakesh - they all were in their 20s. Three of them were married and had children." Apart from P305 that sank in Cyclone Tauktae, leading to the deaths of 66 people, 15-mt tugboat Varaprada had sunk hours before the barge. Eleven of its crew members continue to be unaccounted for, while two were fortunate to be saved by an Indian Navy ship that was going to the rescue of Barge 305.

Francis K Simon, (50) the chief engineer from Kochi, Kerala, and sailor Saheb Bhunia (23) from West Bengal were the only two lucky survivors.

Simon lives in Kerala with his wife and two sons aged 14 and 8 years. He is the sole breadwinner in the family.

Speaking to The Indian Express, Simon, who has worked for 20 years on ships, narrated his brush with death.

Subscriber Only Stories
View All
UPSC Key- February 8, 2023: Know about Post-disaster management, Addition...
What secrets do the creatures of the deep hold?
Delhi Confidential: Hardeep Singh Puri takes part in novel demonstration ...
Come forward, lift the veil, don’t let men attend your meetings: At V-C’s...
Buy 2-year plan with SD20 code for special price
Read |‘It was pitch dark, the lights on my lifejacket went out… At that point, I thought I was going to die…’

I was the chief engineer of Varaprada. There were 13 people, including me, on board the boat. I boarded the boat in January and in these few months, we all had become like family members.

On the night of Sunday (May 16), we successfully tugged an engineless accommodation barge named Gal constructor with 137 people on board. The barge was approximately 90 nautical miles away from the shore, near an ONGC platform. We tugged it safely to Jawaharlal Nehru Port Trust (JNPT).

We also worked to remove the anchors of another ship, MV Workboat 1, a merchant vessel, which had around 60 people on it, and it was then moved to safety.

After this, we also came back near JNPT. We had worked continuously for two days and we were exhausted. But on Monday, when the cyclone arrived, our boat’s anchor broke and it started drifting into the sea. Gal Constructor was also adrift.

As per the Indian Navy that rescued me and another crew member, we were had gone 10 nautical miles into the sea.

Around afternoon, water started entering our ship. In a few hours’ time, our boat overturned and sank. Some time before the ship sank, all 13 of us rushed to the wheelhouse on the top floor and decided to abandon the ship on order of the captain.

Our captain was around 62 years of age and had served in the Indian Navy. I do not want to disclose his name right now. He had sent a distress call to the Maritime Rescue Coordination Centre (MRCC).

As the ship was about to sink, I could see all of them crying in fear. We all were scared to death. I remember Vijay, Vicky, Ankush, Bappa, Suraj Chouhan and Rakesh – they all were in their 20s. Three of them were married and had children.

They all were crying but there was no time to think and we got divided into two groups. One group of eight people, led by the captain, went to one side of the tugboat, while the rest four were led by me.

As the ship sank, the life rafts automatically came up but due to the wind they were getting blown away. The rafts were enough to accommodate 20 men. We decided to leave the wheel house and get on to the rafts.

One of the men in my group, Vijay, got very scared and could not muster the courage to leave the wheel house. He stayed back. The remaining four of us left the wheel house. Two probably did not know swimming, and at such a time time, it takes a lot of courage to fight out of the situation.

I saw Sahib Buniya was behind me and he was following my instructions. We saw the life raft blown by the wind 10 metres away, and we had to swim to reach it. We both swam towards it and somehow managed to get in it. At that point I was confident. I told Sahib not to worry and we will survive this.

Once in the life raft, we sat on two ends so it would not capsize. We also ensured there was some water inside the raft so that the weight was balanced. The raft had some biscuits and a rocket parachute flare.

In a few hours, we spotted INS Kolkata at 200 metres and used the rocket flare to send a signal. Fortunately, they spotted us and rescued us. INS Kolkata was on its way to save people stuck in P305 barge at the time. This is my second life.

Mumbai: Work on underground water tanks near Hindmata to be finished before monsoon 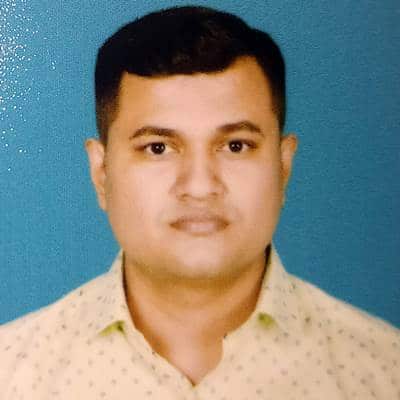