The police said that the three were arrested for ignoring the warning issued by the concerned department about Tauktae and going along with the captain's decision to continue to stay put near the rig during the cyclone. 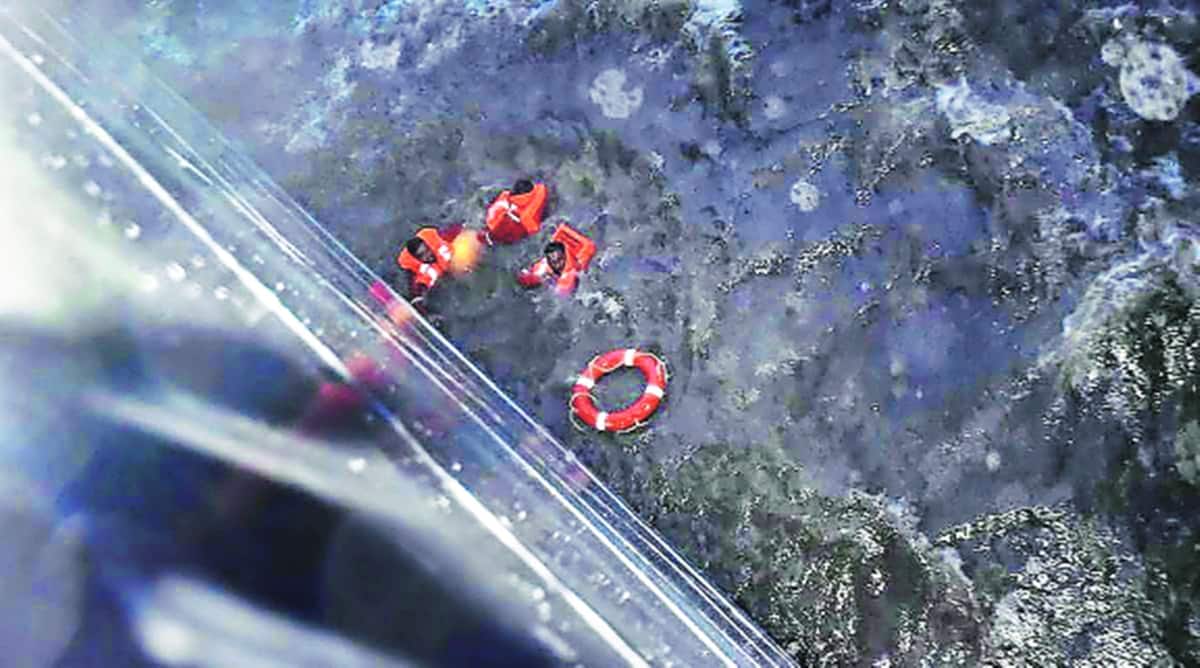 According to the police, 75 people working on P305 and 11 from tugboat Varaprada were reported missing during the cyclone.

A month after barge P305, deployed for ONGC’s Mumbai High operations, sank in the Arabian Sea during Cyclone Tauktae – an incident in which 75 people lost their lives – the Yellow gate police late Friday arrested three shore employees of a private shipping company for ignoring weather warnings and failing to direct the barge captain to leave the area.

Barge owner Durmast Enterprises Limited had chartered the barge to AFCONS Infrastructure Private Limited. The vessel served as accommodation for over 600 workers employed on ONGC rigs at Mumbai High. Durmast had given a sub-contract to Papaa to provide some of the manpower.

The police said that the three were arrested for ignoring the warning issued by the concerned department about Tauktae and going along with the captain’s decision to continue to stay put near the rig during the cyclone. The barge master or captain Rakesh Ballav was among those who perished in the mishap.

Senior Inspector Suhas Hemade of Yellow Gate police station said, “The three men were informed two days in advance about the warning issued in relation to Cyclone Tautkee. Instead of ensuring that there is no technical problem and people on the barge are shifted to a safer location, they did not stop the master from staying put on the barge and endangering the lives of 261 people working on board.”

Following the incident on May 17, based on a complaint filed by an engineer on the barge, Mustafizur Rehman Shaikh, who was rescued, the police registered a case under sections 304(II) (an act done with knowledge that it is likely to cause death), 338 (causing grievous hurt by an act endangering life or personal safety of others) and 34 (common intention) of the Indian Penal Code on May 21.

In his statement to the police, Shaikh had said that the barge started drifting around 11.30 pm on May 16 due to winds from the oncoming Cyclone Tautkee and the captain delayed giving a distress call. In a bid to save their lives, people working on the barge jumped in the sea.

The Yellow Gate police had initially registered a case against the captain. His body was recovered from the sea during the rescue operation carried out by the Navy and Coast Guard. His remains were handed over to his family three weeks after the incident.

“During investigation, we understood that apart from Ballav, these three accused were equally at fault. They were brought to the police station on Friday and arrested around 9.45 pm,” said Hemade. Singh, Tiwari and Rane were produced in court, which remanded them in police custody till July 8.

The police said that roles of many other people employed with concerned companies are being scrutinised.