Sathyanarayana was arrested in 2019 for his alleged involvement in the IED blast at Gadchiroli, which killed 15 security personnel and one civilian. 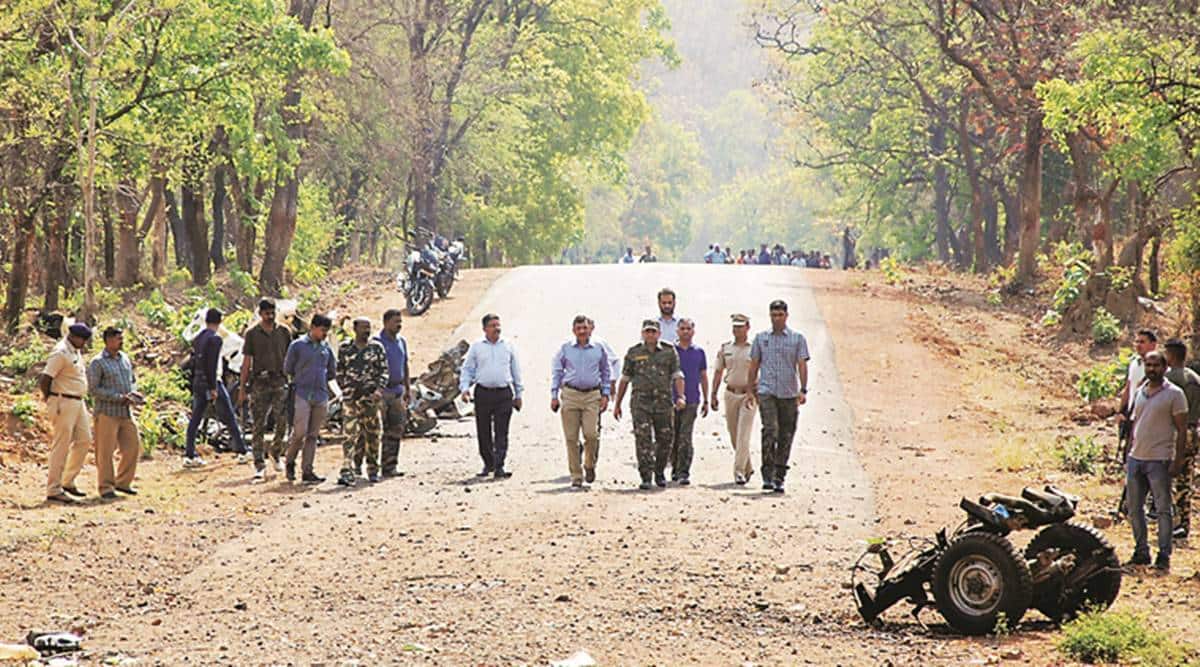 The NIA had claimed to have seized the amount while arresting Sathyanarayana and his wife, Nirmala Uppuganti, both alleged to be senior members of the banned organisation. (Express Photo)

In its detailed order rejecting the bail and discharge applications of Sathyanarayana Rani, an alleged top Naxal operative, a special court has said that the absence of an explanation for possession of Rs 10.32 lakh with no known source of income, prima facie shows his involvement in collecting funds for banned Communist Party of India (Maoist).

Sathyanarayana was arrested in 2019 for his alleged involvement in the IED blast at Gadchiroli, which killed 15 security personnel and one civilian.

“It is to be noted that the accused had no source of income and that he had never submitted income tax returns and as such in absence of the explanation given by the applicant for possessing such huge amount can be said to be prima facie material against the applicant that he was involved in collecting funds for the banned organisation,” special Judge Dinesh E Kothalikar said in his order.

The bail plea was rejected on Friday and detailed order was made available on Tuesday.

The NIA had claimed to have seized the amount while arresting Sathyanarayana and his wife, Nirmala Uppuganti, both alleged to be senior members of the banned organisation.

Sathyanarayana’s lawyer, Chandni Chawla, had submitted on his behalf that the money was handled by his wife to use for her cancer treatment in Hyderabad.

It was also submitted that there was no evidence to show that he had provided or received the funds for further terrorist activities.

The NIA also opposed the plea by stating that it had evidence including witness statements and electronic items seized from them, which contained “Naxalite literature”. This included images of those killed in encounters, cases registered, newspaper cuttings, books on the Naxalbari movement, Mao, Lenin, Marx ideology and reports of Communist Party of Nepal, China, the court was told.

It also said that there were audio files of speeches about the death of 40 persons in an encounter in Gadchiroli and the revenge to be taken for it.

“I am well aware of the legal principle that mere seizure of certain material in respect of the banned organisation by itself is not sufficient to brand the possessor as a member…In this background, if the material placed on record in the form of confessional statement of the co-accused is considered, in that case it can be said that this is not the case of mere possessing the literature but the same is sufficient to prima facie conclude that the applicant was active member of the banned terrorist organisation,” the court said.

Chawla had argued that there was nothing to show that Sathyanarayana was involved in any part of the conspiracy to kill the police personnel.

The prosecutor said that the CPI (Maoist) strategy was to use different names and that there was a reference of Sathyanarayana being present in a meeting held in 2018 where it was decided to cause the death of security personnel by an IED blast.