Having maintained that Maharashtra is a power-surplus state, officials of power distribution companies now concede that a repeat of last year’s loadshedding looms large, as demand grows alongside soaring temperatures. According to official estimates, all power plants of Mahagenco have a total coal stock of around 8 lakh tonne.

WITH SUMMER just setting in, an acute coal shortage has led Maharashtra to stare at possible power shortage. Having maintained that Maharashtra is a power-surplus state, officials of power distribution companies now concede that a repeat of last year’s loadshedding looms large, as demand grows alongside soaring temperatures.

As of Sunday, at least three of the state’s 12 thermal power stations reported coal stocks have been categorised as ‘super-critical’. Another three have coal stocks at ‘critical level’ — just enough to last two to four days. 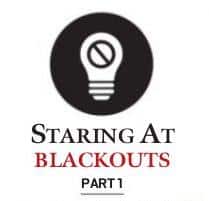 According to official estimates, all power plants of Mahagenco have a total coal stock of around 8 lakh tonne. Most power plants in the state are currently running on a critical coal stock of two to four days — much lower than the mandate of Central Electricity Authority of India (CEAI) of 25 to 30 days. The current stocks are also notably lower that the 22 days’ stock mandated by the Union Ministry of Power in June, last year.

Mahagenco has an installed capacity of 13,607 MW, of which 75 per cent is thermal or coal-based. In March last week, when demand crossed 19,000 MW, all seven Mahagenco thermal power plants were producing around 59 per cent of its installed capacity. The low coal stocks are worrying because demand is expected to touch 24,000 MW during peak summer. In other words, if there is a sudden spike in power demand or even a 24-hour breakdown of the railways, leading to stalling of coal supply, the plants will run out of coal. In such a situation, the electricity distribution company will have to resort to loadshedding.

“On an average, power plants in the state burn 1 lakh tonne of coal to produce electricity. So, the current stocks are just about sustainable enough,” said an official from Mahagenco, on the condition of anonymity.

Rupesh Sankhe, senior analyst at Reliance Securities, said that at least 28 power plants across the country are operating on critical coal stocks or below 10 days’ worth of stock. “It is a crisis that has arisen because of high power demand and a subsequent shortage in availability of rakes over the last four to five months. Supply from CIL has reduced significantly and import is also low,” he added.

The situation snowballed when power demand grew in 2017 after a slump that lasted almost two years, said Sankhe. The CIL, which was earlier dealing with surplus production and planning to cut down production, was unprepared for this. It is owing to this slump that in 2015, the Union Ministry of Power had asked Maharashtra not to import any coal and instead use domestic coal for power generation. The same year, Mahagenco was allotted the Gare Palma II coal block that could yield 24 million metric tonnes of coal per annum for 30 years.

While the push for domestic coal backfired last year, the Gare Palma block is pending environmental clearances, compounding the shortage.

State Energy Minister Chandrashekhar Bawankule told The Indian Express that only a couple of power plants were running on critical coal stock. “The rest of plants have more than four to five days’ worth stock. The coal situation in Maharashtra is better than other states.”

He said that to make up for the shortage of railway rakes, the state was now picking stock by road. The minister, however, did not comment on the cost implication of transporting coal by road.

A senior official from Maharashtra State Electricity Distribution Company Limited (MSEDCL) said that the coal shortage has persisted since last June. “We’ve been facing a coal shortage since last year when demand grew but the monsoon affected mining activities. The situation has not improved since,” the official added.

Sanjeev Kumar, chairperson and managing director of MSEDCL, said: “The demand in power has increased over the last year and we are doing our best to meet it.”

Meanwhile, Mahagenco is set to import 1 million metric tonne of coal, a tender for which was floated in January. A senior official said the state has now sought the Union ministry’s permission to go ahead with the tender.

Former Central Electricity Regulatory Commission (CERC) chairman Pramod Deo said that the coal crisis had arisen due to a demand-supply gap but the coal ministry was being elusive in admitting it. “The coal ministry has been making contradictory statements. Supply has been able to keep pace with rising demand. Earlier, the demand in the industrial sector was subdued but it is now going up but there isn’t enough fuel,” he added.