Admitting that finances would be the biggest challenge before the Vanchit Bahujan Aghadi (VBA), Prakash Ambedkar said his message to the voter is this – if you want your representatives to be honest, then vote for honest candidates. 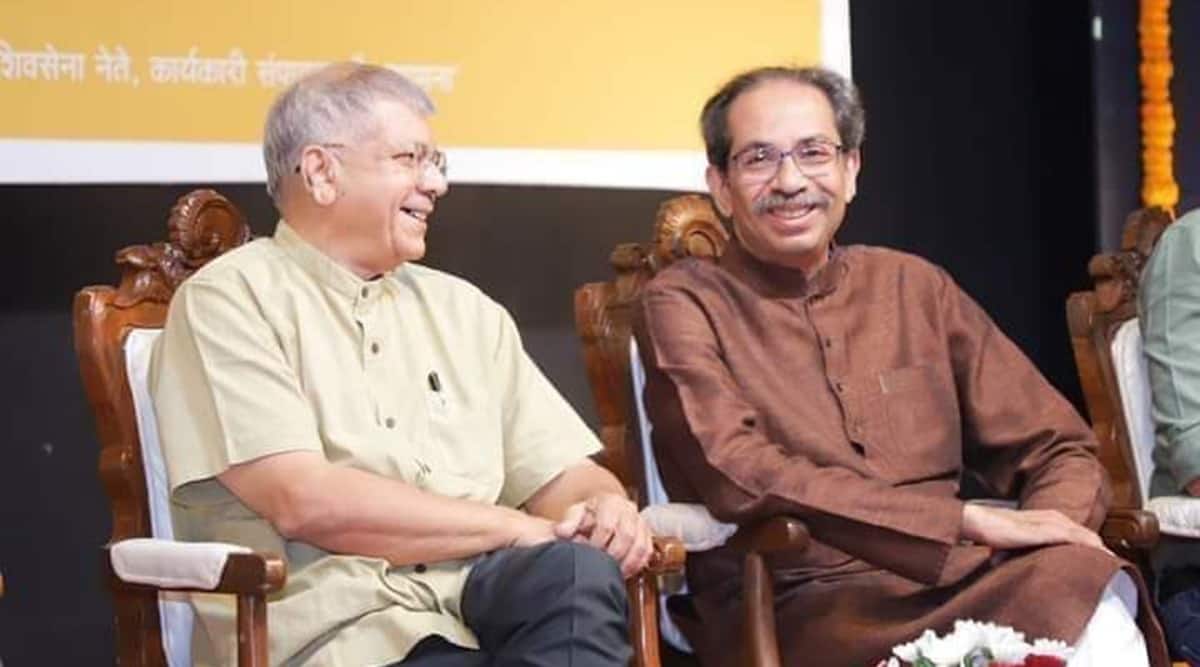 The tie-up, dubbed as an “alliance of Shiv Shakti and Bhim Shakti”, is likely to have an impact on state politics in the coming days. (Twitter/@Prksh_Ambedkar)

The pre-poll alliance between Vanchit Bahujan Aghadi (VBA), led by B R Ambedkar’s grandson Prakash Ambedkar, and the Uddhav Thackeray-led Shiv Sena (UBT) has generated much chatter in Maharashtra’s political circles. The tie-up, dubbed as an “alliance of Shiv Shakti and Bhim Shakti”, is likely to have an impact on state politics in the coming days.

Prakash Ambedkar spoke to The Indian Express about the alliance and how he intends to go before the electorate:

Our alliance is with the Shiv Sena, which now has to decide on its political stance. It is up to them to decide where we would be accommodated. The Shiv Sena has to decide whether they would go with the MVA as an alliance or with us. As for the Congress and NCP, they worked overtime to ensure our candidates got defeated in the Lok Sabha and Vidhan Sabha elections. With that background we would have to take decisions of our own.

Chief Minister Eknath Shinde also tried to get the VBA to enter into an alliance with his faction of the Shiv Sena. What made you choose the Thackeray-led faction?

As a political party, we have fundamental differences with the BJP and the RSS. Both these entities have refused to sit across the table to discuss it. With such strong differences, we would not be in a position to go for any political understanding with them. An alliance with Eknath Shinde could not be possible given the fact that he has chosen to be with the BJP in alliance and government. Thus we would never be comfortable in any alliance with them. If they decide to part ways with the BJP, we could think about such an alliance.

How will you approach the voter this time? What will be the biggest challenge you foresee for VBA?

For us, finances would be the biggest challenge. Unlike bigger parties, we do not have access to unlimited finances. However, our message to the voter would be this – if you want your representatives to be honest, then vote for honest candidates. We will be asking voters not to get swayed by electoral doles.

What is your take on Rahul Gandhi’s Bharat Jodo Yatra? Will this have an effect on the electoral politics of the country?

I am fully confident that the BJP is going to get an easy win in Gujarat only due to the reluctance of the Congress to campaign. This speaks volumes about the political bankruptcy of the party. My question to the Congress is this – why did Rahul Gandhi’s Bharat Jodo Yatra skip Gujarat and other poll-bound states? If this is not aimed at political revival of the party among the people, what is the use of the yatra?