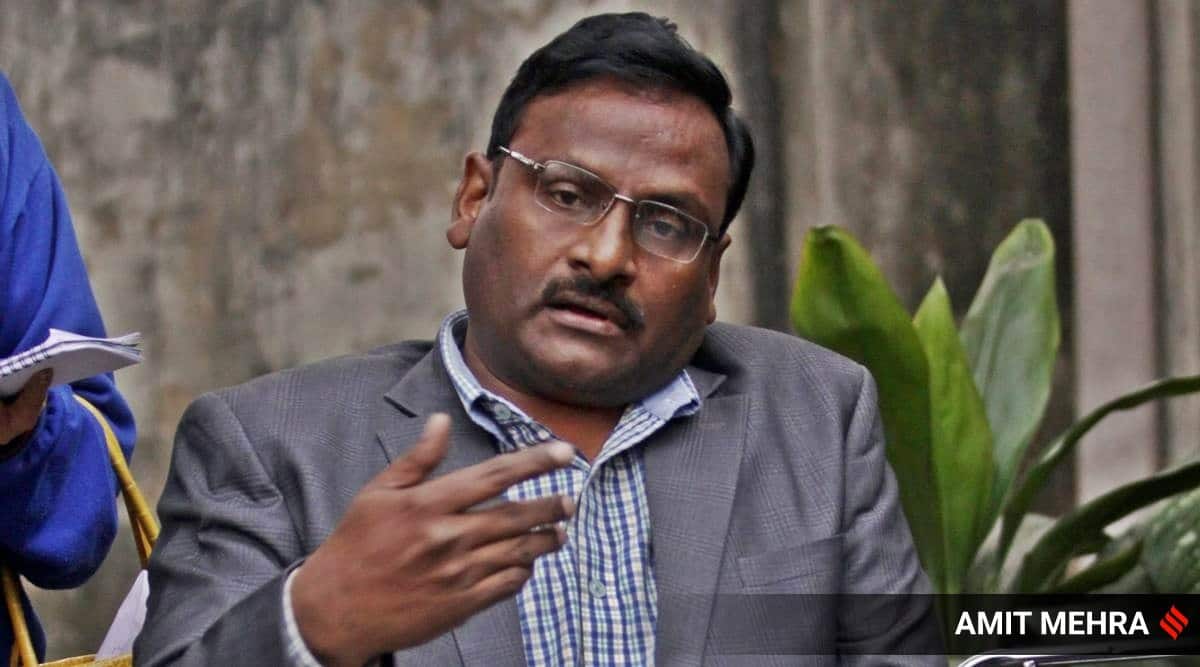 Citing absence of valid sanction under the Unlawful Activities (Prevention) Act and declaring the trial proceedings in a Gadchiroli court “null and void”, the Nagpur bench of the Bombay High Court Friday acquitted sacked Delhi University professor G N Saibaba who had been sentenced to life imprisonment in 2017 over alleged Maoist links. It also acquitted five others sentenced by the lower court.

Earlier, the bench of Justices D Y Chandrachud and Hima Kohli had declined to stay the acquittal order. Allowing the state to file an application before the Registry for early listing of its appeal, the bench told Solicitor General Tushar Mehta: “He has got an order of acquittal in his favour… We cannot stay the order.”

Mentionings are usually done before the Chief Justice of India but CJI U U Lalit’s bench had risen for the day, so Mehta rushed to the court of Justice Chandrachud, the second most senior judge.

Mehta sought a stay, saying the acquittal was not on merits but due to lack of sanction to prosecute. Stating that the offence charged “is very very serious” and “against the nation”, he sought its listing Monday.

The Nagpur bench of Justices Rohit Deo and Anil Pansare, observing that every safeguard, however minuscule, legislatively provided to the accused, must be “zealously protected”, set aside the Gadchiroli court’s order against Saibaba and five others.

It said proceedings in the trial were “null and void” in the absence of a valid sanction under the UAPA. It said it was refraining from dealing with the merits of the case.

“The Siren Song that the end justifies the means, the procedural safeguards are subservient to the overwhelming need to ensure that the accused is prosecuted and punished, must be muzzled by the voice of rule of law,” the bench said.

The bench cleared the charges against Saibaba, the wheelchair-bound former professor who was arrested in 2014, and five others – Mahesh Tirki, Pandu Narote, Vijay Tikri, Hem Mishra and Prashant Rahi, all arrested in 2013.

Narote died in judicial custody in August due to swine flu. Vijay, who was the only one sentenced to 10 years in jail, is out on bail – the others were awarded life imprisonment. The High Court directed the release of all accused, if not required in any other case.

The division bench, in its 101-page judgement, dealt in detail over the two sanctions granted by the Maharashtra government in the case. The first sanction was received on February 15, 2014 against the five accused arrested in 2013. The second sanction, for prosecution of Saibaba, was received on April 6, 2015.

“While the war against terror must be waged by the State with unwavering resolve, and every legitimate weapon in the armoury must be deployed in the fight against terror, a civil democratic society can ill afford sacrificing the procedural safeguards legislatively provided, and which is an integral facet of the due process of law, at the altar of perceived peril to national security,” the bench said.

Under UAPA provisions, a court cannot take cognizance of an offence until sanction is received from the Central or state government. The sanction is to be given within a prescribed time only after considering the report by an independent authority which is expected to review the evidence and give its recommendation.

The bench said that sanction was not a “ritualistic formality”.

“Sanction serves the salutary object of providing safeguard to the accused from unwarranted prosecution and the agony and trauma of trial, and in the context of the stringent provisions of the UAPA, is an integral facet of due process of law,” it said.

The bench agreed with the contention of Saibaba’s lawyers that the court had taken cognizance of the case, framed charges against him in February 2015 and also examined the first witness before the sanction for prosecution was submitted in April 2015.

The bench said this was not a “curable” defect as argued by the prosecution, and held that the proceedings before the trial court were, therefore, null and void in the absence of sanction against Saibaba.

It also rapped the trial court for its observation that life imprisonment, the maximum punishment available under the charges the accused were booked for, was not a “sufficient punishment”.

“We do not approve of the unwarranted observations of the learned Sessions Judge, which may have the unintended consequence of rendering the verdict vulnerable to the charge of lack of dispassionate objectivity,” the bench said.

Google Chrome to soon add Passkey support: What is it, what to expect