The space below the Hindmata flyover is used as the rainwater pumping station. From the collection area, water will be pushed to two storage tanks through a newly-laid pipeline network with the help of pumps. 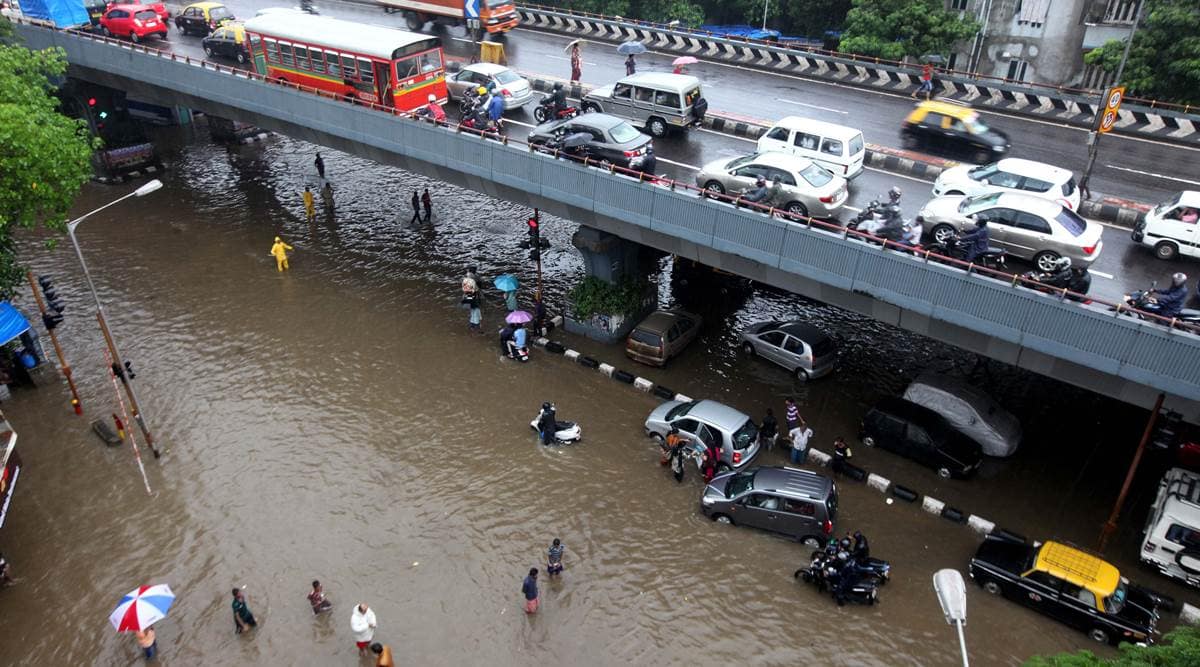 The Brihanmumbai Municipal Corporation’s (BMC) ambitious project of constructing underground water holding tanks near Hindmata — the saucer-shaped and the low-lying area between Dadar TT and Parel — to deal with flooding is completed.

Guardian Minister Aaditya Thackeray on Tuesday took to Twitter to announce the project’s completion, “A major milestone achieved by @mybmc today. The rainwater holding tanks tor Hind Mata flood spot, that we got underway are now fully connected through a micro tunnel to ensure no stagnation of water, during heavy rain at Hind Mata junction for 80 mins.”

After over two decades of waterlogging woes, the BMC last year started constructing two underground water tanks at Pramod Mahajan Park in Dadar West and St Xavier Ground in Parel to provide a catchment for the flood water from Hindmata would be stored during heavy rainfall.

Each tank is 100 meters long, 50 metres wide and six metres deep with a storage capacity of about 30 lakh litres. The project has cost BMC Rs 130 crore. BMC officials said that the work on augmenting the tank capacity to store rainwater for three hours during heavy rain is underway.

The space below the Hindmata flyover is used as the rainwater pumping station. From the collection area, the water will be pushed to two storage tanks through a newly-laid pipeline network with the help of pumps. Once high tides are over, the stored water will be pumped again to the pipeline and discharged into the sea via drains.

The city’s existing sewerage system can drain out 50mm of rainwater per hour. If rainfall exceeds and coincides with high tide, Hindmata and Parel face severe waterlogging. The water level in these areas rises about three to four feet and also takes time to recede. Over the years, the topography of both areas — its saucer-shape and low-lying location — is blamed for rainwater accumulation.

“The surface of the massive rainwater tanks will be restored to normal and it would have the earlier landscape as urban space above, while the tank remains underground. Multiple efforts for the Hind Mata junction have been put in over years, we believe this would give results,” tweeted Thackeray.