The case against Anil Deshmukh started on March 20 with an allegation by former Mumbai police commissioner Param Bir Singh. Here is how it has progressed thus far. 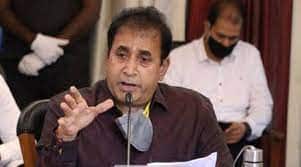 Hours after he was arrested, former Maharashtra home minister Anil Deshmukh was on Tuesday taken for his medical check-up in Mumbai. Deshmukh was arrested by the Enforcement Directorate late on Monday night after over 12 hours of questioning in a money-laundering case.

The case pertains to an allegation by former Mumbai Commissioner of Police Param Bir Singh, who accused Deshmukh of indulging in “malpractices” and asking an inspector to collect Rs. 100 crore a month.

Here is the timeline of the case:

April 24: CBI registers a FIR against Deshmukh on charges of bribery, corruption and criminal conspiracy. Also searches his residence .

May 11: ED files a money laundering case against Deshmukh for for allegedly obtaining illegal gratification

May 25: ED searches the residence of Sagar Bhatewar, a close aide of Deshmukh

June 24: ED searches the residence of Anil Deshmukh after it finds a money trail of Rs 4 crore, allegedly paid by bar owners in Mumbai to Deshmukh over three months.

June 26: ED summons Anil Deshmukh for questioning in the case

June 29: Deshmukh writes to ED seeking exemption from personal appearance due to the Covid-19 pandemic.

July 5: Deshmukh writes to ED informing the agency that he has approached the court to ensure the money laundering probe against him is fair.

July 16: ED provisionally attaches immovable assets worth Rs4.20 crore belonging to Deshmukh and his family under the Prevention of Money Laundering Act (PMLA).

July 18:ED searches the ancestral homes of Deshmukh in Maharashtra

July 28: CBI conducts searches on middle men and a few police officers in connection with the case against Deshmukh.

July 30: ED once again summons Deshmukh and his son Hrishikesh Deshmukh asking them to appear before it for questioning.

August 18: Deshmukh skips ED summons citing that he has moved court seeking interim relief from any coercive action of ED.

September 1: CBI arrests its sub-inspector and Deshmukh’s lawyer Anand Daga in connection with the alleged leak of its preliminary enquiry (PE) report against Deshmukh

October 11: CBI searches the residence of Deshmukh in connection with the probe into the leak of its PE.

October 29: Bombay High Court refuses to quash ED summons against Deshmukh and directs him to appear before the agency.

November 1: Deshmukh appears before the ED along with his lawyer.

November 2: ED arrests Deshmukh under the provisions of PMLA.