The protests led to traffic disruptions across South Mumbai. The government, meanwhile, assured protesters that it would withdraw a proposal. 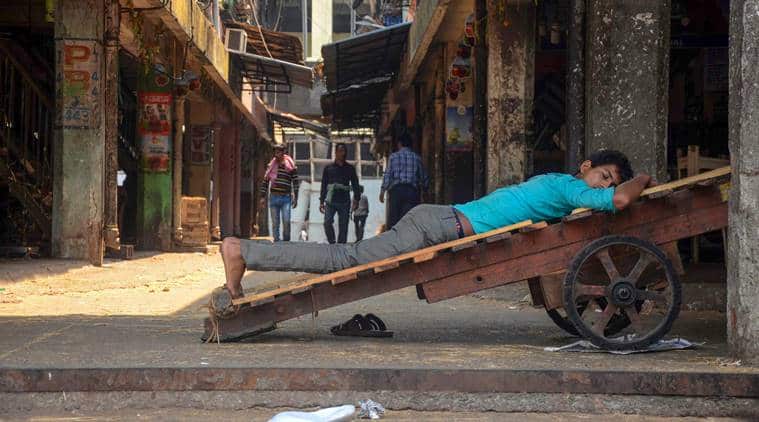 Mumbai: A deserted view of APMC vegetable market due to a strike called by Mathadi workers against the government regarding various issues, in Mumbai on Tuesday. (PTI Photo)

Around 6,000 Mathadi workers gathered near Masjid Bunder on Tuesday afternoon to stage an agitation over government’s proposal to merge 36 district welfare boards into one state-level board.

The protests led to traffic disruptions across South Mumbai. The government, meanwhile, assured protesters that it would withdraw a proposal.

According to the Mathadi leaders, the state government’s move of merging the district boards is an attempt to weaken the Maharashtra Mathadi, Hamal and Other Manual Workers (Regulation of Employment and Welfare) Act, said leaders.

“We held a one-day strike across the state to protest on Tuesday. Earlier too, the government had assured that it would drop its plan to merge the district boards, but it did not keep its word. Now, it has given to us in writing that it will withdraw both the government resolutions pertaining to the proposed merger,” said Baba Adhav, president of Mathadi Workers Action Committee.

Adhav said that the government assured the workers that it would protect their rights.

Officials from the labour department said that a joint meeting of Mathadi leaders, with the industries minister and labour minister, would be held on April 3 to resolve their issues.

Cops in dhoti, kurta inside Kashi Vishwanath temple, IGP says this is to respect sentiments of worshippers