KV Satyamurty razed his bungalow in 2001 to make way for a seven-storey building. 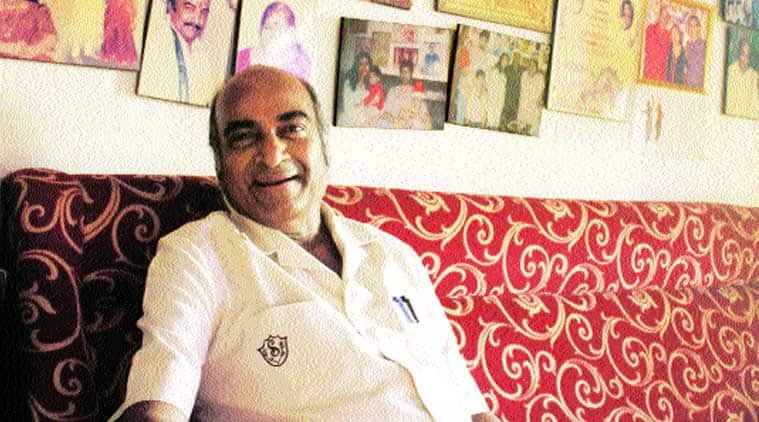 KV Satyamurty razed his bungalow in 2001 to make way for a seven-storey building. He laments the hikes in property tax in recent years. (Source: Express Photo by Pradip Das)

Hoping to cash in on a property he owns in the prime Juhu area, KV Satyamurty razed his bungalow in 2001 to make way for a seven-storey building. Almost a decade later, he says his hopes stand destroyed. After the Brihanmumbai Municipal Corporation (BMC) migrated to the capital value-based system of assessing property tax system in 2010, Satyamurthy suddenly had to begin paying 30 per cent more in property tax. 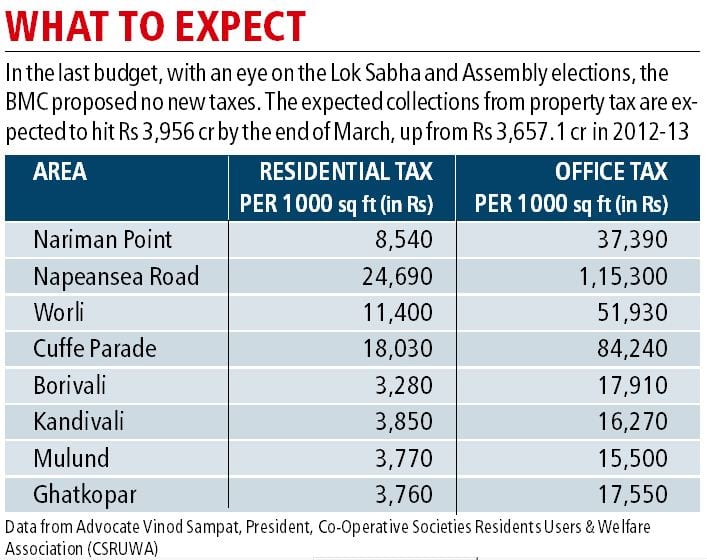 “Most of what I earned is going in paying property tax. It’s becoming almost impossible to own legitimate property in this city. Property tax is increasing exponentially, but our incomes are not. If this continues, only slums will survive here because it is not remunerative to invest in property at all. Somehow, the BMC just does not factor this in while deciding the budget,” complains Satyamurty, a builder by profession.

Not just Satyamurty and owners of large properties, Mumbaikars across the board are expected to be critically impacted by the BMC’s budget estimates for 2015-16 to be presented in the coming week. While the old rateable value-based system was unscientific and kept taxes artificially low in South Mumbai, the fact that the new system bases property tax on the ready reckoner means Mumbai’s residents will be hit this year by the 15 per cent upward revision in the ready reckoner rates. For example, the Ready Reckoner pegs residential property in Juhu around Rs 33,000 per sq ft — and Satyamurty will not be alone in suffering a sharp spike in property tax bills.

Officials and corporators alike expect that Municipal Commissioner Sitaram Kunte’s budget speech will anticipate a 40 per cent increase in property taxes across Mumbai.

In addition, the civic body has formed a committee to review the existing rules of property tax collection. “We are mainly studying the impact of the capital value based system on property owners and what measures we can take,” said Ramosh Arote, the BMC’s chief Assessor and Collector.

Other property tax related matters in the budget speech will have wide-ranging impact on Mumbaikars too. There are 35,000 old tenanted residential buildings in the city, and the new assessment system affects approximately 40 lakh people, according to BR Bhattad, executive president of the Property Owners Association. The association and some individual property owners have challenged the capital value-based property tax rules in the Bombay High Court. In a March 2014 order, the HC directed litigants to pay as per the old rates plus 50 per cent of the differential.

The order led to the number of petitions in the HC reducing from 47 to 36, but the BMC still finds Rs 1,800 crore in property tax dues stuck in litigation. Already struggling to shore up revenue in anticipation of the GST regime in 2016 that will land a Rs 15,000-cr revenue loss to the corporation, the commissioner is also expected to address in his budget speech the issue of revenue stuck in litigation.

According to BMC officials, the capital value-based system brings in transparency and parity. Not only was its introduction a mandatory reform under JNNURM, but the BMC has also found its property tax collections rise by Rs 90 crore — despite the Rs 1,800 cro stuck in litigation. While this year’s target for collections is Rs 4,000 crore, Kunte is expected to announce an 8 per cent increase in projections for property tax collections in 2015-16.

From April 1, even smaller tenanted shops would have to pay taxes based on capital value. Earlier, commercial establishments below 500 sq ft were exempted. This would adversely affect small shop owners, especially in South Mumbai.

“There are many landlords in the city who own dilapidated structures. Since their building is slated for redevelopment, they don’t get rent from the tenants but are expected to shell out a huge sum as property tax, which is completely ridiculous. The BMC should charge citizens on the basis of services they provide and not look to just fill its coffers,” says Ramesh Prabhu, chairman of the Maharashtra Societies Welfare Association.