Fr Melwin Joseph Pinto, Rector of St Aloysius institutions, said they have shelved the plan to name the park after the tribal rights activist in the wake of the threats and will take a call after further discussions 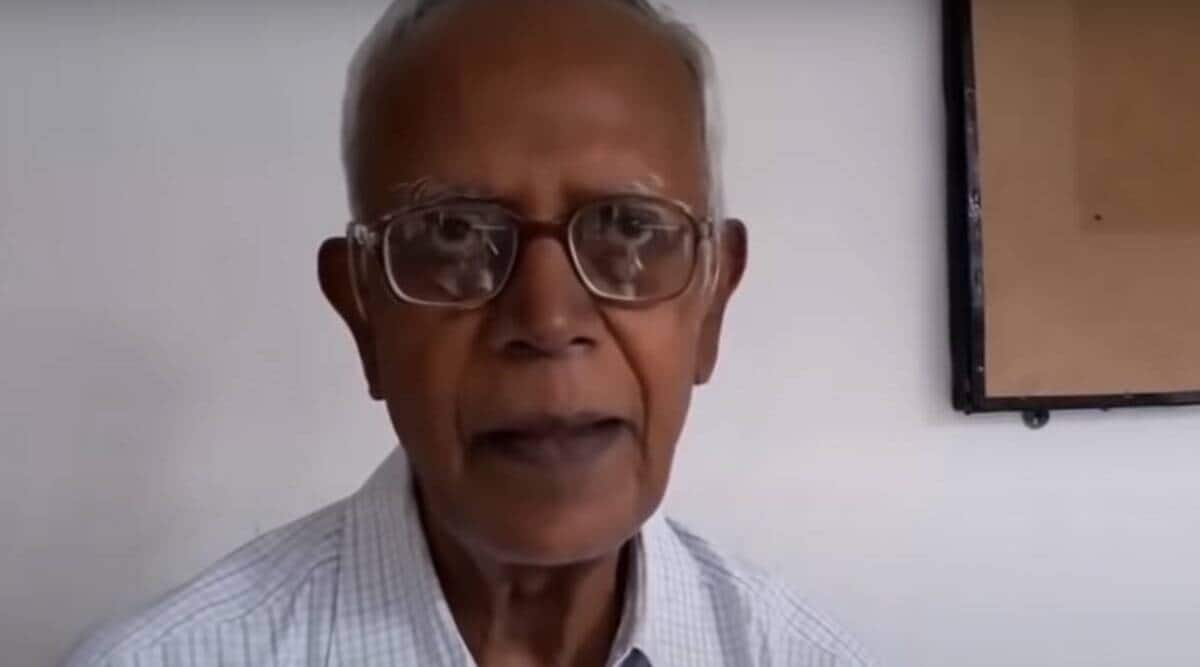 Father Stan Swamy was an 84-year old Jesuit priest and tribal rights activist who was arrested in the Elgar Parishad case. (File)

The management of a private autonomous college in Karnataka has postponed its decision to name one of its parks after Jesuit priest and tribal rights activist Father Stan Swamy following opposition from Hindu right-wing forums which have threatened to stage a protest terming Swamy as an ‘Urban Naxal’. The college has now sought time to take a decision the matter.

The management of St Aloysius College in Mangaluru wanted to name the park after Fr Swamy for his contributions towards tribals and the poor. Rev Fr Melwin Joseph Pinto, Rector of St Aloysius institutions and Vice-President of the Mangalore Jesuit Educational Society told The Indian Express that they have shelved the plan to name the park after Swamy in the wake of the threats and will take a call after further discussions.

Coastal town Mangaluru has witnessed several communal clashes in the past. Organisations like the Vishwa Hindu Parishad (VHP), Bajrang Dal and Akhil Bharatiya Vidyarthi Parishad (ABVP) have been at the forefront against the college management. Speaking to The Indian Express, VHP leader Sharan Pumpwell said Stan Swamy was an ‘Urban Naxal’ who was arrested under the Unlawful Activities (Prevention) Act (UAPA) and was facing serious allegations including terrorism and Naxalism for his alleged role in the Bhima-Koregaon violence.

“We are not against naming the park, they can name it after Oscar Fernandes or George Fernandes or the founding fathers of St Aloysius College which has immensely contributed to the field of education, but not after Stan Swamy. Though Swamy is dead, the charges against him have not been cleared,” he added.

Denying the allegations, Fr Pinto said he has personally worked with Swamy and that he had contributed immensely for the upliftment of tribal people across the country, especially in Jharkhand.

A source claimed that the management had scheduled the naming ceremony for Thursday but postponed it after the police got busy with the President’s visit to the state. The discussion was private and they had postponed it to another date but had not dropped the decision to name the park after Swamy. They did not except to face such opposition from right-wing outfits, the source added.

On Saturday, however, Fr Pinto said: “We are now going to hold discussions with members of the management to take a call. We are not sure of naming the park after Swamy at this point of time.”

Days after ban on online gambling in Karnataka, case lodged against Dream 11