Will decide whether to lift dharna from tracks, platforms after Nov 5 chakka jam: Farmer unions

Meanwhile, dharnas of 30 farmer unions are going on at more than 100 locations in Punjab on petrol pumps, toll plazas, storage houses etc. apart from railway stations and a few rail tracks. 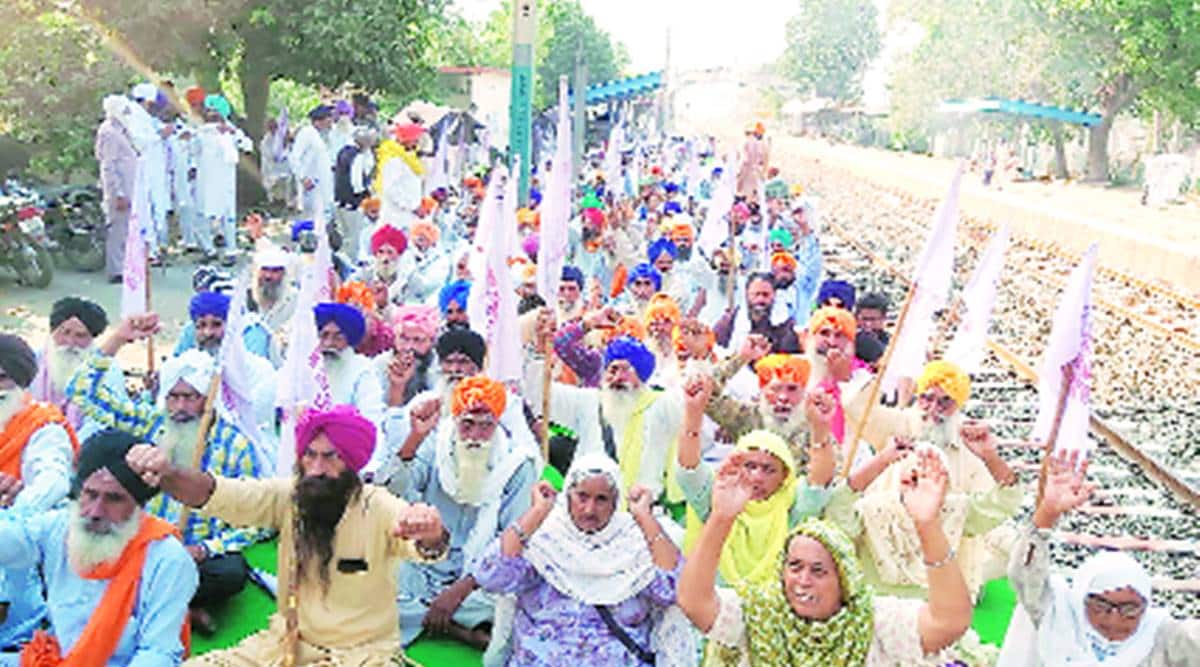 Soon after the Punjab government issued a press statement declaring that they have run out of coal stocks and consumers should brace for massive power cuts, farmer unions said they will have a meeting after November 5 ‘Chakka Jam’ to take a call of their future course of action.

Tuesday was the 11th day of the Centre’s suspension of rail services in Punjab in light of the farmers’ protests on train tracks.

Meanwhile, farmers had lifted their dharnas from railway tracks on October 21 and had announced that they will allow only goods trains to pass through the state. Though goods trains services resumed on October 22 and 23, but they stand suspended since October 24 because the Railways stated that a few goods trains were stopped by farmers on October 22 and an empty passenger train was also stopped by farmers. Farmers are also sitting on railway tracks at Jandiala Guru in Amritsar and outside railway lines, which supply coal supplies to the private thermal plants of Talwandi Sabo and Rajpura.

Satnam Singh Pannu, general secretary of Kisan Mazdoor Sangrash Committee (KMSC), said, “We will discuss the issue of lifting dharna from Jandiala Guru railway track on November 6 when our union will be having their review meeting. However, Jandiala Guru’s local line has been blocked and it has nothing to do with goods trains services in the whole of the state.”

BKU (Ugrahan) members have blocked the railway line at Talwandi Sabo and Rajpura to stop coal supplies inside these plants. Sukhdev Singh Kokri Kalan, general secretary of the union, said, “We will discuss this issue on November 6 after November 5’s chakka jam program. They have already started imposing 4-5 hours daily power cut in villages to irritate the residents. It is the Centre’s dictatorship to stop goods trains in Punjab. Farmers have no objection to goods trains, but we have objections to private thermals. State government can run its thermals, but those are lying closed while they want to pay money to private companies. Our fight is against the corporates. We had been fighting on this issue since long, but it has gained momentum now.” He added, “We are equally concerned about Punjabis and Centre’s decision on suspension of goods trains is an example of dictatorship which has never happened in Punjab.”

Jagmohan Singh Patiala, general secretary of BKU (Dakaunda), said, “Our members have lifted dharnas from all railway tracks and have shifted them to railway stations as we don’t want passenger trains to run as of now. I feel that a few farmer unions’ members are still sitting on a few railway tracks, they are giving the Railways an excuse to speak against farmers. Hence, they (unions) must re-think their decision.”

Meanwhile, dharnas of 30 farmer unions are going on at more than 100 locations in Punjab on petrol pumps, toll plazas, storage houses etc. apart from railway stations and a few rail tracks.