On Sunday, it was Amarinder Raja Warring's turn to don the aam aadmi politician's hat, and in turn, invite a swift retort from the AAP and others. 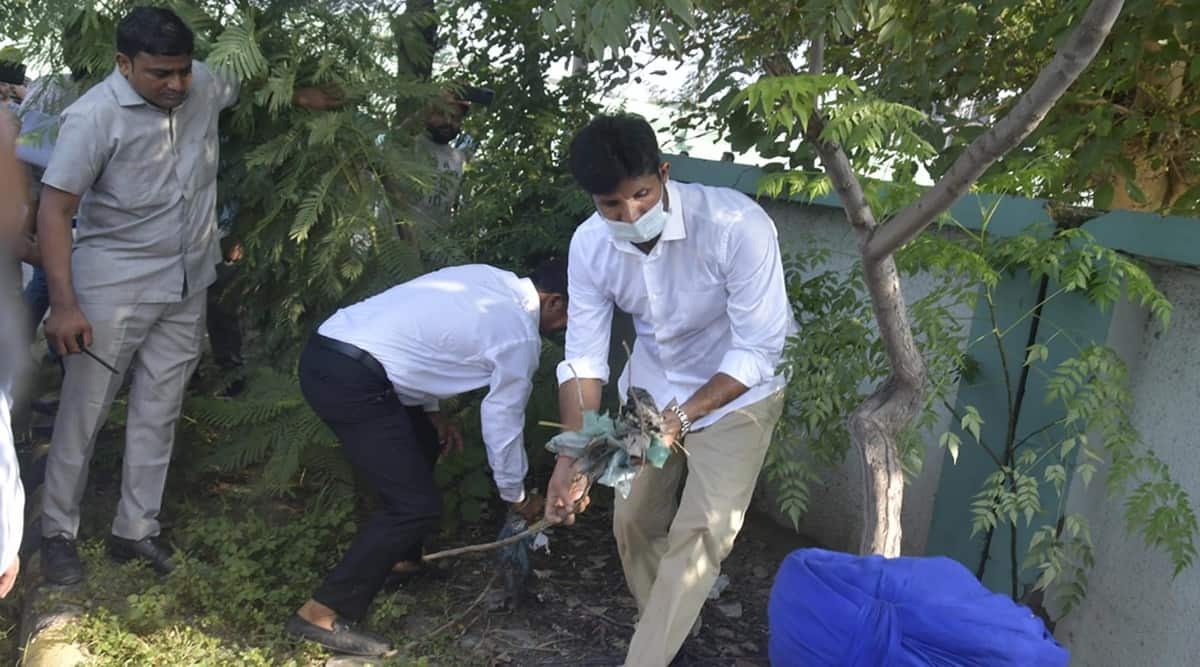 Channi, who has tried to don the hat of an ‘aam aadmi politician’ ever since his coronation last month, so far has done bhangra with students on the stage, stopped at a roadside to bless and give ‘shagun’ to a newlywed couple, and ordered officials to prune his security. Channi’s new ‘aam aadmi politican’ avatar had gained him accolades from both political pundits and citizens alike and seems to have caught the attention of the Aam Aadmi Party (AAP) supremo, Arvind Kejriwal, who last week had taken a dig at him in Ludhiana.

“‘Channi saab is now trying to show himself as an aam aadmi (common man). But Kejriwal ki nakal karna aasan hai, amal karna mushkil (It is very easy to copy Kejriwal, but very difficult to tread his path),” Delhi Chief Minister Kejriwal had said during the press conference. He had further told Channi that if he really wanted to copy him and the AAP’s working style, then he should cleanse his Cabinet and take action against ‘tainted ministers’.

On Sunday, it was Amarinder Raja Warring’s turn to don the aam aadmi politician’s hat, and in turn, invite a swift retort from the AAP and others. (Express photo: Gurmeet singh )

On Sunday, it was Amarinder Raja Warring’s turn to don the aam aadmi politician’s hat, and in turn, invite a swift retort from the AAP and others.

Subscriber Only Stories
View All
ExplainSpeaking: How to evaluate a Union Budget
Mahesh Vyas writes: Why the job shortage is for real
Delhi confidential: Focus On Projects
Gandhi to Tagore: At old St Stephen’s campus, a glimpse into remnants of ...
Apply New Year promo code SD25
Read |Bhagwant Mann by his side, Kejriwal parries query on Punjab CM face

Warring on Sunday reached the Ludhiana bus terminal in the morning and started cleaning the premises — picking garbage and filth from various spots — accompanied by transport department officials. Earlier, after being appointed as the transport minister of the state in the new Punjab Cabinet, Warring had uploaded his videos of traveling on Punjab Roadways/PRTC buses, to ‘know problems of the common man’.
Warring said that he has ordered a vigorous cleanliness drive at all bus terminals of Punjab’ to make them free of dirt and filth.

He added that the transport department would also be launching a WhatsApp helpline/complaint number in a few days, where commuters can register any type of complaint against staff members by sharing photos/videos.

Terming Warring’s ‘action’ of clearing garbage at Ludhiana bus terminal as ‘pure drama’, the Opposition, however, took a swipe at Channi and his ministers, saying that it was unclear that whose ‘wrongdoing’ they were trying to correct after 4.5 years, when the Congress government in Punjab is at the fag end of its term.

“Was this garbage not visible to the Congress leaders for 4.5 years? Has it suddenly become visible now after Channi has become the CM? Such actions by the Congress ministers are proving that their government actually did nothing for 4.5 years,” said Sarvjit Kaur Manuke, AAP MLA from Jagraon and deputy leader of Opposition in Vidhan Sabha.

“The work of a minister is to clean the system, not the bus stand. Had this government regularized class-IV employees and filled their vacant posts, they would have happily cleaned public places which is their job. Also, will Warring come daily to clean the bus stand? No, so why this one-day drama? He should instead focus on taking action against the transport mafia, fixing the time table of buses which could not happen in 4.5 years and ending the monopoly of private buses so that poor people do not suffer. Four buses run on one permit, who is going to clean this system first? Not a single bus enters Jagraon bus stand in order to evade tax” said Manuke.

“They can try to show themselves as aam aadmi, but can’t become one,” she added.

‘Everyone is fighting just for the chair. For the next three months, they are going to loot you all’