Cycle rally in Ludhiana on Sunday 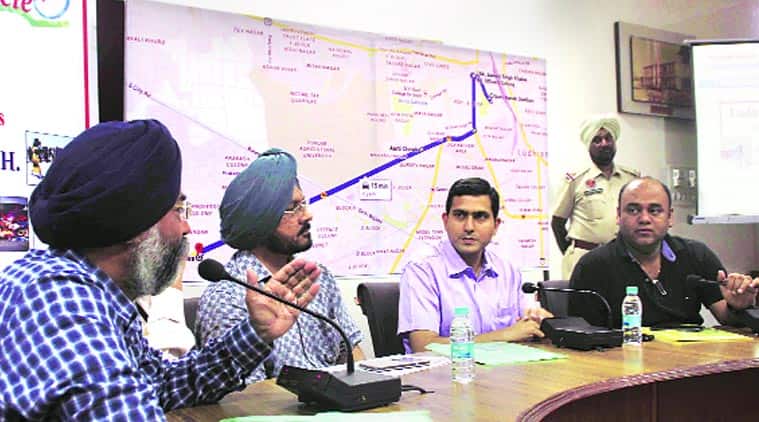 Officials during a meeting held to discuss the cycle rally, in Ludhiana on Wednesday. (Source: Express photo by Gurmeet Singh)

A cycle rally promoting cycling and healthy living will be held in the city on Sunday. It will start at 6 am from Guru Nanak Stadium and end at the same place at 10 am.

The rally is being organised by the Ludhiana district administration in association with NGOs Ludhiana Pedallers Club, Ludhiana Cares, schools, colleges, Hero Cycles and Avon Cycles.

Addressing a press conference, Deputy Commissioner Rajat Agarwal said this was a social event where all city residents were invited. He said cycling was the best exercise and that all people should cycle to stay fit and freshen the mind.

Deputy Commissioner of Police, Naveen Singla, said the cycle rally would be organised from 6 am to 10 am with regular traffic being diverted to adjoining roads if needed.

Ludhiana Municipal Corporation Commissioner G K Singh Dhaliwal said that for the rally to be conducted smoothly, the cycle track would be repaired. He added that soon a dedicated cycle track would be constructed at Rakh Bagh. Dhaliwal also said that Nehru Rose Garden in Civil Lines would be beautified. Both projects are expected to be ready by Diwali.

Ranjodh Singh from the Ludhiana Pedallers Club said the event would include activities such as cycle rally, cycle stunts, yoga, graffiti, Zumba stall, gatka, fancy dress competition, kite flying and others. He added that food stalls would also be set up.

Bespoke is the New Black