Lakhimpur Kheri: We want justice, action against whoever had a hand, says BJP worker’s family

Lakhimpur Kheri violence: Nishad was among the four people believed to have been killed in the violence that followed the Tikunia incident, in which four farmers were crushed. 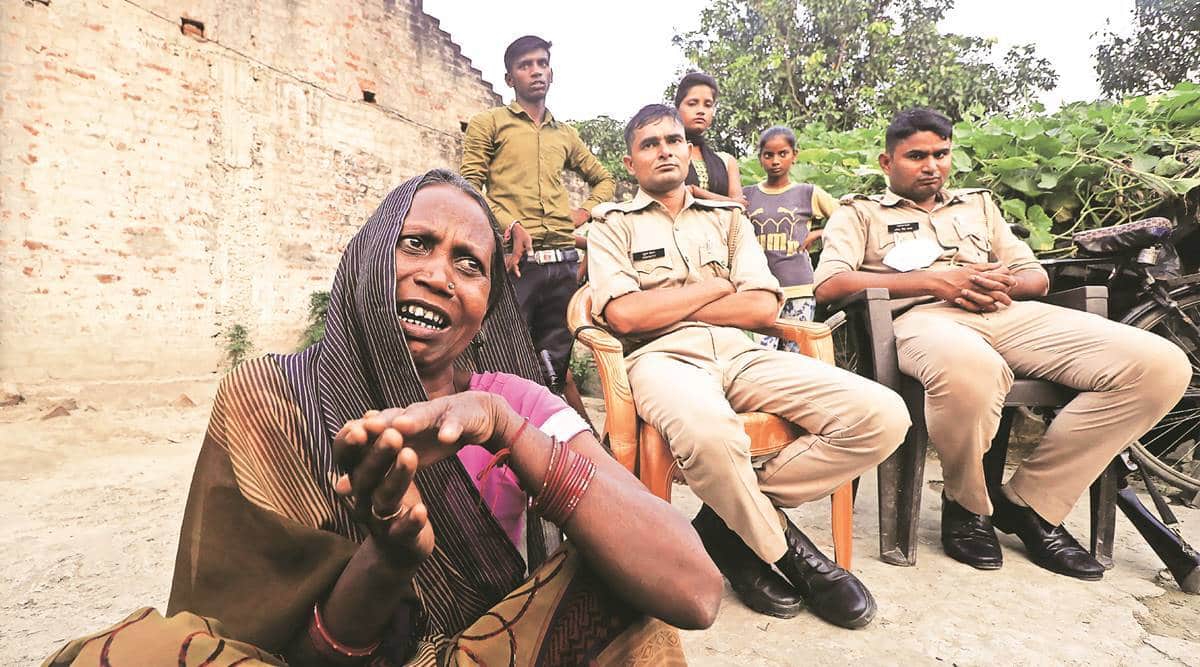 Phoolmati says she will never forget the video. “There are people surrounding my son and questioning him as he bleeds and begs them for mercy,” the 47-year-old says, breaking down, as police personnel deployed at their house in Jaipra village of Lakhimpur Kheri district keep a watch.

Her son Shyam Sunder Nishad, 30, was the BJP ‘mandal mantri’ for Singahi area of the district. In the video, purportedly made soon after a convoy of Union Minister of State for Home Ajay Mishra’s son plouged through protesting farmers in Tikunia on Sunday, an angry group is interrogating Nishad on whether Teni (Mishra) had sent him. They also ask repeatedly if he was sent to “do an accident” deliberately, even as he pleads that was not the case.

Nishad was among the four people believed to have been killed in the violence that followed the Tikunia incident, in which four farmers were crushed.

Phoolmati says the video reached them before the news of Nishad’s death. “He had gone for party work. He was an active worker and had gone for the dangal event in the MP’s (Mishra’s) village. ”

Nishad’s father Balak Ram (52) worries for his two daughters, one 3 and the other an infant of seven months. “The government has given a cheque for Rs 45 lakh. But we want justice. Those who killed him must face action, whoever they are,” Balak Ram says.

Of the three others killed allegedly by angry farmers was Mishra’s driver Hari Om Mishra, 27, of Parsehra village. The family says he had been employed with Mishra’s son Ashish for around five years.

Hari Om is survived by two younger siblings, his mother Nisha and his father Radhe Shyam, who is mentally and physically disabled.

Sister Maheshwari, 24, says Hari Om had left two-three days earlier for work. “On Monday, his body came home, and we just collapsed. We had no idea something had happened to him. He was killed by the farmers.”

Nisha, 65, says she couldn’t bear look at the body. “What happened to him was brutal and inhuman. He was killed by monsters.” With Radhye Shyam unable to work, the family depended on Hari Om’s earnings. They own a small bit of land.