The patient, an accident victim, is battling for his life; Congress says the incident exposed the truth ‘beyond ads worth crores’ 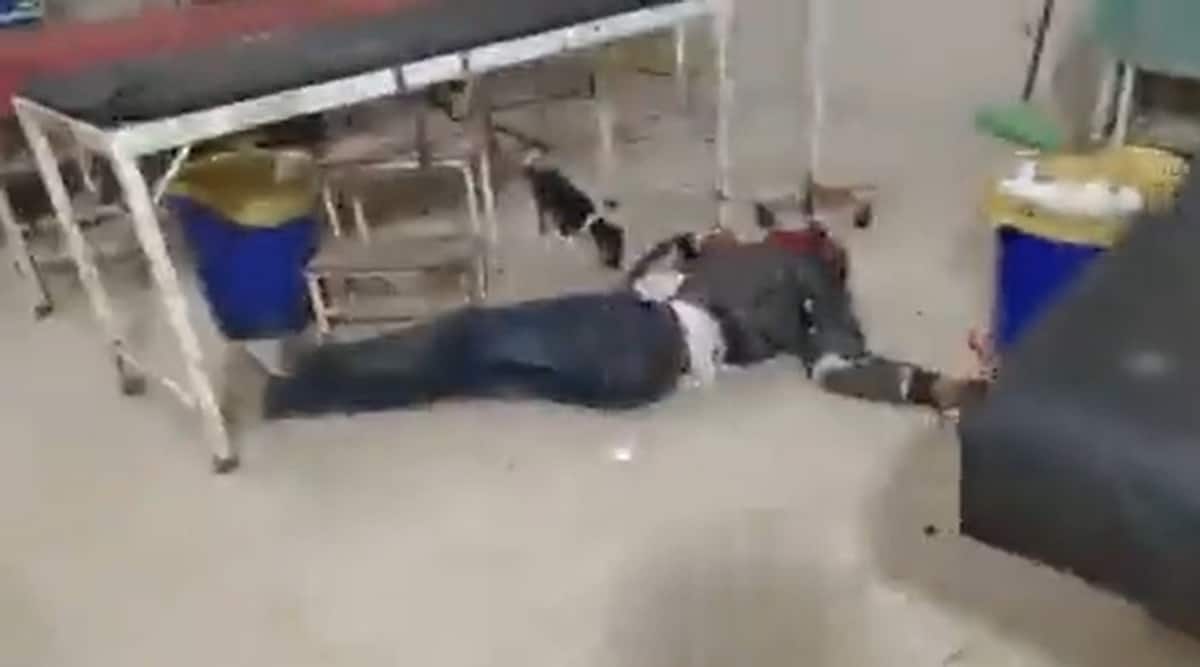 The Congress tweeted the video and said it had exposed the state of affairs “beyond advertisements”.(Twitter/ @INCUttarPradesh)

Four hospital staffers were suspended and an inquiry was ordered in Uttar Pradesh after a viral video from the Kushinagar district hospital’s emergency ward showed a severely injured patient lying unconscious with no one around and a dog licking blood from the floor.

Chief medical superintendent Satendra Kumar Verma said Thursday that action was taken against four officials. “Two sweepers and two wardboys were suspended in connection with the incident,” he said. “The patient was brought by the UP government ambulance service. He had very severe injuries on the head. He was falling over and was given a bed. Then three-four other patients came at the same time, so the doctor and pharmacist had gone away. It was found that the dog had entered the ward.”

The patient in the video shot on the night of Tuesday was identified as Bittu (24), a resident of a village under Kushinagar’s Jatah Bazaar police station limits. He is battling for his life at the Gorakhpur Medical College, officials said. “He was brought to the hospital after he met with a road accident. Because he was unconscious, it could not be found how the accident happened,” said an official.

The inquiry is being carried out by additional district magistrate Devi Dayal Verma, according to the officials.

The Congress tweeted the video and said it had exposed the state of affairs “beyond advertisements”. “A person injured in a road accident is lying on the floor of the district hospital. The dog was licking his blood scattered all around. But there is no one to take care of him. No doctor, no compounder. Beyond advertisements worth crores, this is the truth of the government systems of UP under the rule of Yogi Adityanath,” the party wrote on Twitter.