Two people, including the person who sold the liquor, have been arrested and five policemen have been suspended in the case. Teams have been formed to nab the main supplier, police said. Four persons are undergoing treatment at KGMU trauma centre in Lucknow. 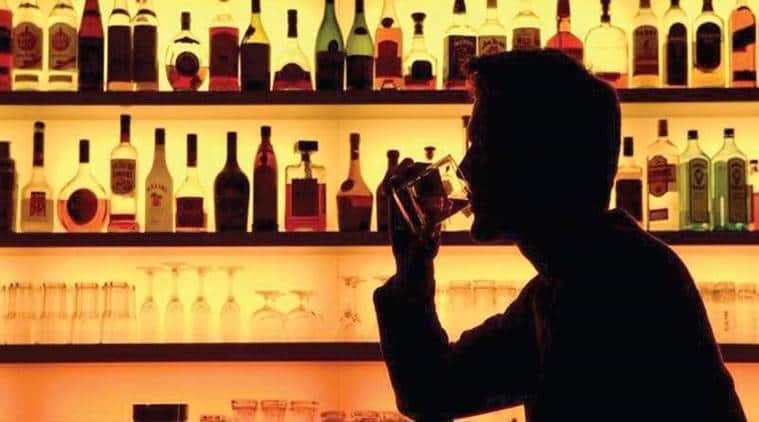 Two people, including the person who sold the liquor, have been arrested and five policemen have been suspended in the case. (Representational Image)

Days after 18 people died of spurious liquor from a licensed shop in Barabanki, three people died after consuming liquor in the neighbouring Sitapur district on Wednesday. Four others have been admitted to hospital with stomach ache and vomiting.

Two people, including the person who sold the liquor, have been arrested and five policemen have been suspended in the case. Teams have been formed to nab the main supplier, police said. Four persons are undergoing treatment at KGMU trauma centre in Lucknow. The victims are from Sejaura and Saidanpur village in Sitapur’s Mahmoodabad police station area. They reportedly purchased the liquor from one Kanhaiya Kumar who used to run an illegal business from his home.

“Three people died in two villages of Mahmoodabad police station area and four are reported to be serious with symptoms of stomach ache and vomiting. While one person died on Tuesday night and was cremated before we got information, two more died in the village by Wednesday morning,” said LR Kumar, Sitapur SP.

“Two bodies were sent for postmortem but the report was inconclusive about the cause of death. When we went to the village we were told that these people consumed liquor purchased from a particular place. Based on that information, we registered a case against seller Kanhaiya Kumar, his two sons and wife. Kanhaiya and one of his sons have been arrested… More arrests will be made as investigation progresses,” he added.

Senior Sub-Inspector (SSI) Ramesh Tripathi, acting in charge of Mahmoodabad police station, said a case has been registered against Kanhaiya and three of his family members under sections 302 (murder), 328 (causing hurt by means of poison, etc., with intent to commit an offence) of the Indian Penal Code (IPC) along with relevant sections of the Excise Act and the SC/ST (Prevention of Atrocities) Act, as the victims were Dalits.

“Paintepur is the town where Kanhaiya and his family members were selling alcohol from their house. They did not have a proper shop or licence. The area is situated close to Barabanki border and we are probing if the incident is connected to the liquor deaths in Barabanki. Kanhaiya’s another son and wife are absconding,” said SSI Tripathi.

In Barabanki, the death toll due to consumption of spurious countrymade liquor purchased from a licensed shop authorised by the Excise Department, has reached 18 with one more person reported dead on Thursday.
Suspended Excise Inspector Ram Tirath Maurya was arrested by the Barabanki police along with shop owner Danveer Singh on Wednesday night. With this, a total of six persons have been arrested in the case so far.

“During investigation, it was found that Excise Inspector Ram Tirath Maurya had information about the business here. He also gave them tips on how to make adulterated alcohol and make it look genuine. We have arrested Maurya along with the main accused, Danveer Singh, taking the total arrest to six. One person, identified as Manish Singh, is absconding,” said Shyam Narayan Pandey, SHO of Ramnagar police station in Barabanki.

The 48-hour deadline for the three-member committee formed by CM Yogi Adityanath to probe into the Barabanki deaths ended Thursday. Committee members Ayodhya Commissioner Manoj Mishra and IG (Ayodhya Range) Sanjeev Gupta said they sent their findings to committee head, Excise Commissioner P Guruprasad who did not respond to calls. More than 80 persons took ill in Barabanki of which 22 were discharged from KGMU trauma centre in Lucknow on Thursday. Around 22 more patients are recovering at the KGMU while around 30 are being treated at Barabanki district hospital.