Claiming that timely introduction of Ivermectin since the first wave has helped the state maintain a relatively low positivity rate despite in its high population density. 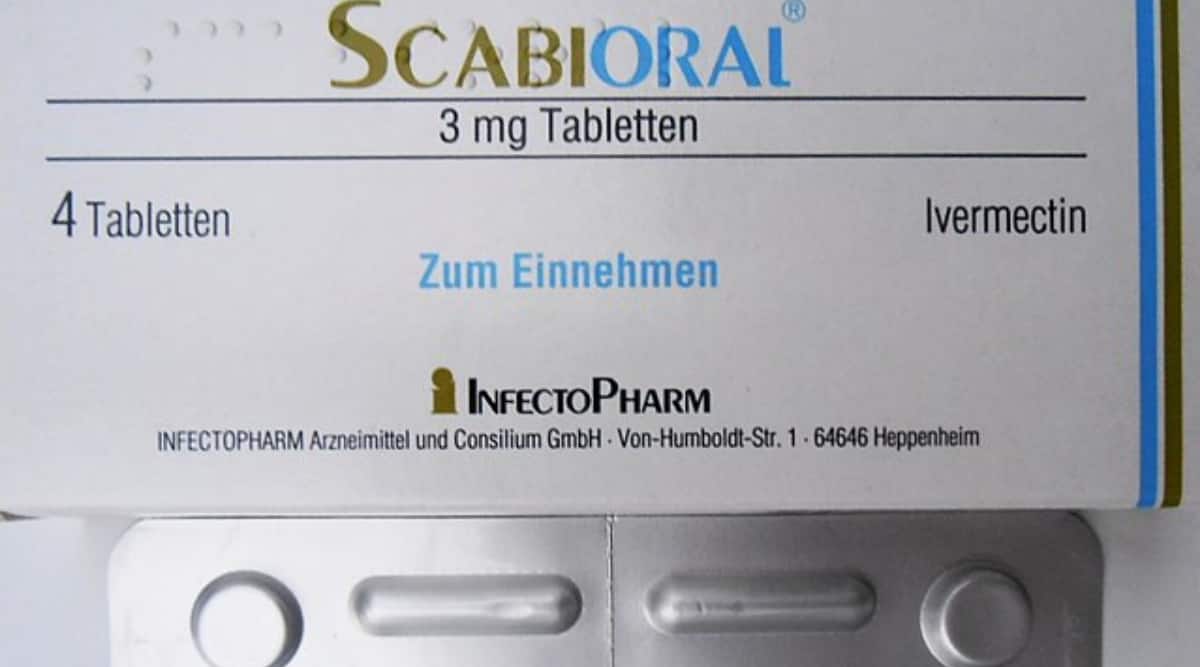 The state Health Department introduced Ivermectin as prophylaxis for close contacts of Covid patients, health workers as well as for the treatment of the patients themselves through a government order on August 6, 2020. (Wikimedia Commons)

A year after the country’s first Covid-19 cluster, with 5 cases, was reported in Agra district, the Uttar Pradesh government has claimed that it was the first state to have introduced a large-scale “prophylactic and therapeutic” use of Ivermectin and added that the drug helped the state to maintain a lower fatality and positivity rate as compared to other states.

Citing the results from Agra in the month of May and June last year, following which the use of Ivermectin, a medicine to treat parasitic ailments, along with Doxycycline was introduced as a protocol across the state for both prophylactic as well as treatment purposes, the state Health Department said it would conduct a controlled study once the second wave of the pandemic subsides.

The state Health Department introduced Ivermectin as prophylaxis for close contacts of Covid patients, health workers as well as for the treatment of the patients themselves through a government order on August 6, 2020, after a committee headed by the Director General, Medical and Health Services, gave it the go ahead.

“Uttar Pradesh was the first state in the country to introduce large-scale prophylactic and therapeutic use of Ivermectin. In May-June 2020, a team at Agra, led by Dr Anshul Pareek, administered Ivermectin to all RRT team members in the district on an experimental basis. It was observed that none of them developed Covid-19 despite being in daily contact with patients who had tested positive for the virus,” Uttar Pradesh State Surveillance Officer Vikssendu Agrawal said.

He added that based on the findings from Agra, the state government sanctioned the use of Ivermectin as a prophylactic for all the contacts of Covid patients and later cleared the administration of therapeutic doses for the treatment of such patients.

He said that apart from aggressive contact tracing and surveillance, the lower positivity and fatality rates may be attributed to the large-scale use of Ivermectin use in the state, adding that the drug has recently been introduced in the National Protocol for Covid treatment and management. “Once the second wave subsides, we would conduct our own study as there has been an emerging body of evidence to substantiate our timely use of Ivermectin from the first wave itself,” Vikasendu told The Indian Express.

Agra District Magistrate Prabhu N Singh also attributed the state’s relative success in keeping the Covid numbers down to the timely nod to the use of Ivermectin as a prophylactic. He added that government doctor Anshul Pareek had approached him last year citing use of the medicine abroad.

“We reported the first Covid-19 cluster in the country after five members of a family, who had returned from Italy, tested positive. Soon, the virus spread, with a large number of police personnel getting affected. Doctor Pareek approached me with a request to introduce Ivermectin on an experimental basis. I was told there are no risks involved with the use of the drug,” Singh told The Indian Express.

He said the district administration had formed small groups of personnel from the same police station as well staffers at his office. “We introduced it (Ivermectin) for three days, 12 mg as advised in the national guidelines at the time, followed by tests on the fourth or fifth day. We introduced it in the jail as well and the results helped us reduce positivity to a great extent, following which Additional Chief Secretary Health Amit Mohan formed a committee to access its usage and it was finally introduced in the state’s Covid management protocol in 2020 itself,” Singh said.

Milind Soman does six-finger pull-ups; netizens ask ‘are you superhuman?’