Piyush Jain's house in Kanpur and his properties in other cities were reportedly searched by the GST and I-T officials in an operation that started Thursday evening. 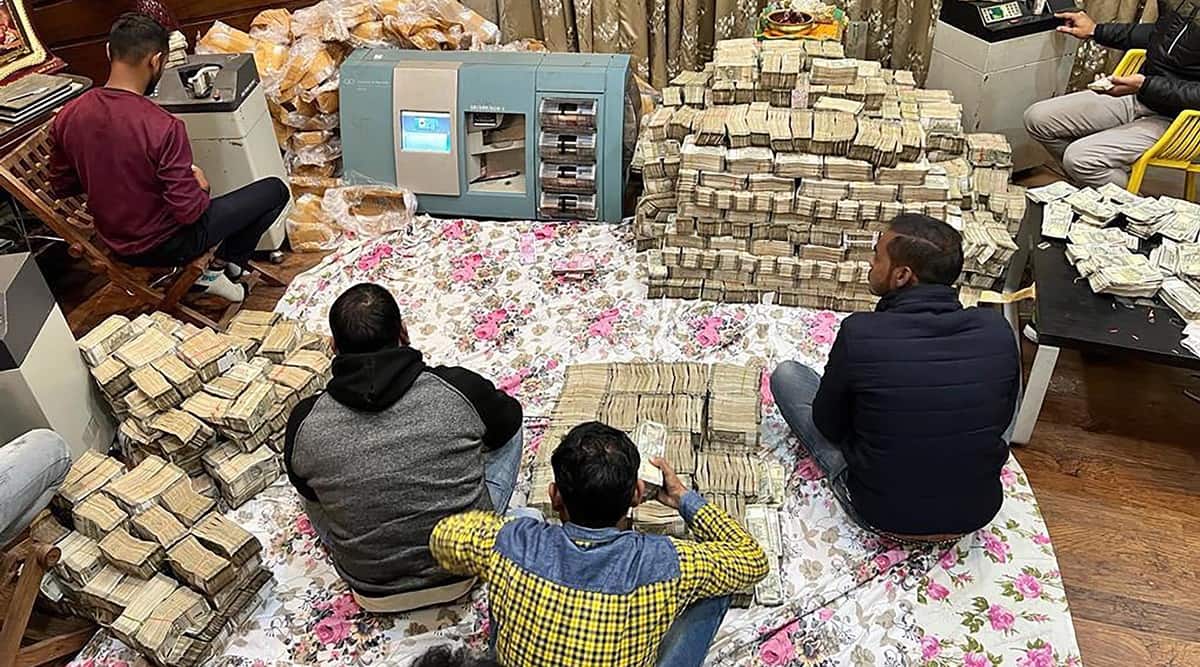 A day after searches were conducted by tax officials at the house of businessman Piyush Jain in Kanpur, the ruling BJP and the Samajwadi Party (SP) traded allegations and counter-allegations, with each of them seeking to link the other with Jain.

Hailing from the SP bastion Kannauj, Jain has business interests in perfumes and paan masala. His house in Kanpur and his properties in other cities were reportedly searched by the GST and I-T officials in an operation that started Thursday evening. Some purported photographs showing huge amounts of cash being counted have gone viral on social media, which are being linked to searches by the tax officials.

UP BJP spokesperson Rakesh Tripathi, in a statement, charged that the SP allegedly gets “helping hand from corrupt people and goons”. “Several people close to the SP are being raided by the I-T and ED, in which hundreds of crores of cash is being found. They had accumulated unaccounted wealth through corruption, and had filled their lockers with money belonging to the poor of UP. Now that elections are coming, they are opening their lockers. They want to disturb the UP election with their corruption money. But the people have not forgotten their black deeds. No matter how hard they try, they can’t win the hearts of people with black money and money of goons. They will be defeated and once again, Yogi Adityanath will win the election,” Tripathi alleged.

Hitting back, SP national spokesperson Rajendra Choudhary said that Jain had nothing to do with the SP. “He is not in our party, and I don’t know him,” he said.

Another SP national spokesperson and former minister Anurag Bhadouria tweeted that the businessman was allegedly affiliated to the BJP. “Robbery under the double engine government has doubled. The Kanpur businessman is part of the BJP’s share. The BJP has a black mind, and that is why they associating the businessman with Samajwadi (Party). The SP has nothing to do with this friend of the BJP, nor his perfume,” he tweeted.

BJP national spokesperson Sambit Patra tweeted the purported pictures of the raids on Jain’s premises, where cash could be seen hoarded. Patra charged, “The Samajwadis have a slogan that the people’s money is theirs. Piyush Jain was the one who launched the Samajwadi ‘itra’ (perfume) and is being raided by GST team, where more than Rs 100 crore was found. Which Samajwad’s black money is this?”