UP: 6 farmers on way to meet Balyan held, released after minister’s exit

Meanwhile, the detained farmers alleged that the police had frisked them in search of black flags and other objectionable materials meant for protest. They were forced to sit in the police vans and wait for the minister's programme to finish. 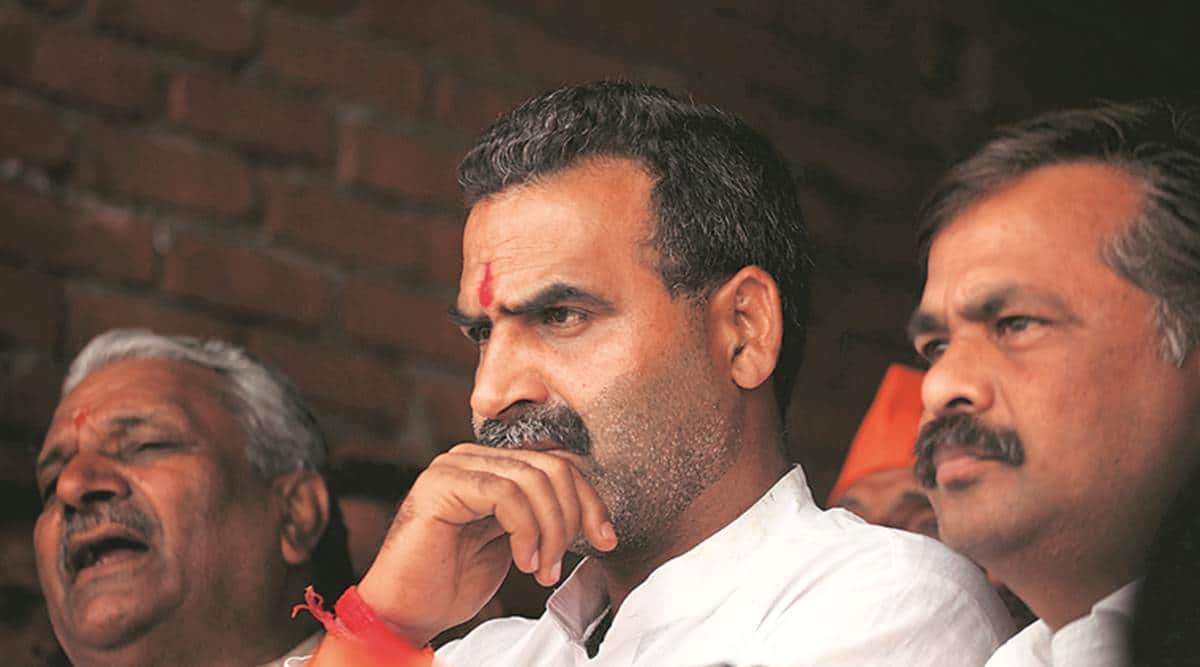 At least six farmers were detained at Baghpat’s Ramala village on Saturday afternoon while they were on their way to meet Union Minister Sanjeev Balyan regarding the three farm laws and delay in payment of sugarcane dues. The police later released them when the minister had left the village around 5 pm, after addressing a gram chaupal (village meeting) in the presence of heavy police security.

“There has not be a single scam since our Prime Minister Narendra Modiji took charge, and you have made me an MP. Scams were a byword for the Congress regime, while during there were widespread thefts, dacoity and other crimes throughout the state during the Samajwadi Party’s rule… but things have changed during the BJP regime. Our grandfather is Chaudhary Charan Singh and not Ghulam Mohammed. Yogiji will increase the MSP for cane crops,” Balyan said at the gram chaupal, which was attended by three ruling party MLAs from Muzaffarnagar seats.

Meanwhile, the detained farmers alleged that the police had frisked them in search of black flags and other objectionable materials meant for protest. They were forced to sit in the police vans and wait for the minister’s programme to finish.

“We had intelligence input that a few anti-social elements in the garb of local farmers were trying to vitiate the atmosphere by protesting against the minister. So, we detained them for a few hours and then released them,” said Deputy SP, Baraut, Alok Singh.

Brijendra Singh Rana, a local farmer of Ramala and one of the detained farmers, said the Union minister was also a farmer and so they wanted to meet him to discuss their problems.

“We wanted to tell him about our financial problems due to long-pending sugarcane dues from the local mills. We are not being able to deposit our children’s school fees and are also finding it hard to make both ends. The police did not allow us to meet the minister.”

Meanwhile, Delhi government Health Minister Satendra Singh who visited his parental village in Baghpat’s Kirthal, told mediapersons on Saturday afternoon that the Centre should shun its ego and accept the protesting farmers’ demand of repealing the three farm laws.