On Friday, Modi will first head to Mahoba to inaugurate various irrigation and water projects worth Rs 3,250 crore. 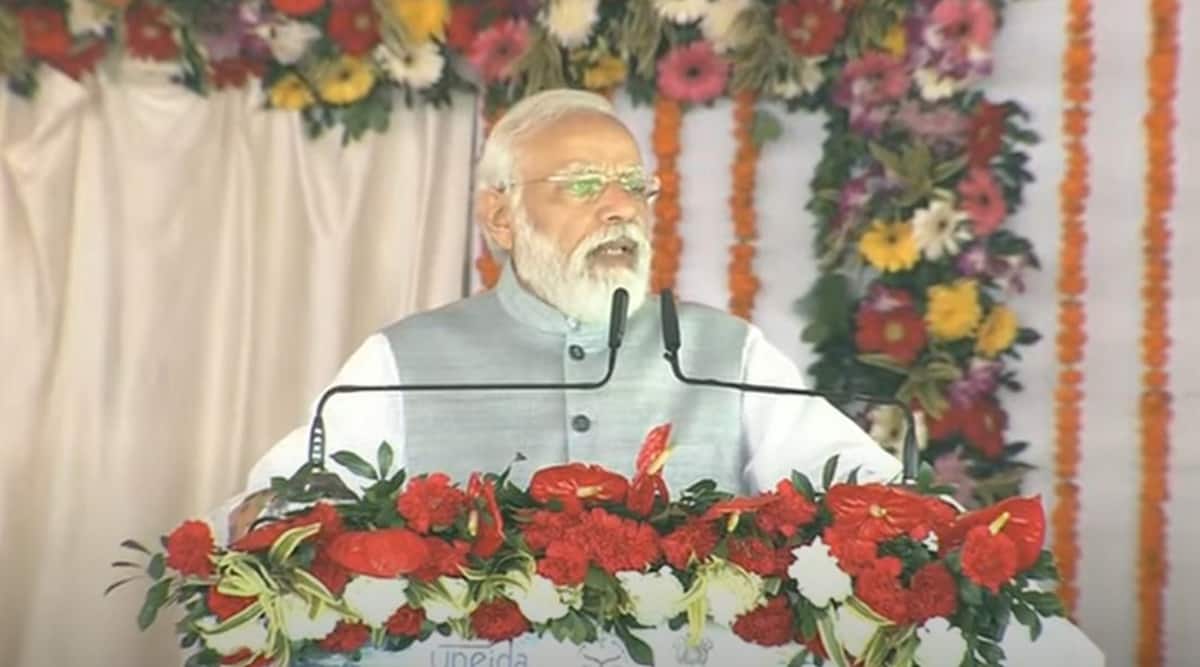 Days after inaugurating the Purvanchal Expressway, Prime Minister Narendra Modi will begin his three-day Uttar Pradesh visit on Friday with the inauguration and launch of infrastructure projects worth more than Rs 6,000 crore in the Bundelkhand region. He will then head to Lucknow to attend a two-day conference of senior police officials.

On Friday, the prime minister will first visit the district of Mahoba to inaugurate various irrigation and water projects worth Rs 3,250 crore, including the Arjun Sahayak Irrigation Project, the Ratauli Weir Project, the Bhaoni Dam Project and the Majhgaon-Chilli Sprinkler Project. The development works aim to facilitate the irrigation of around 65,000 hectares of land in Mahoba and its neighbouring districts such as Hamirpur, Banda and Lalitpur.

Of all these projects, Arjun Sahayak is one of the most ambitious as its objective is to ensure that surplus water from the Dhasan river fills the Arjun, Chandrawal and Kabrai dams through a feeder channel from the Lachaura dam.

After this, the prime minister will travel to Jhansi to lay the foundation stone of a 600-MW ultramega solar power park in Garautha worth Rs 3,000 crore. He will also inaugurate Rs 11-crore Atal Ektaa Park that has been named after former Prime Minister Atal Bihari Vajpayee. The park, spread over 40,000 square metres, has a library along with a statue of Vajpayee built by sculptor Ram Sutar who had built the Statue of Unity in Gujarat.

In Jhansi, Modi is also scheduled to lay the foundation stone of a plant of Bharat Dynamics, which manufactures the BrahMos Missile. The plant in Jhansi will produce the propulsion system for anti-tank guided missiles. At the event, the prime minister will also hand over “indigenously designed and developed” equipment to the chiefs of the three branches of the armed forces. The Indian Air Force chief will receive Light Combat Helicopters designed and developed by Hindustan Aeronautics Limited while the Chief of Army staff will receive drones. The Navy chief will receive advanced electronic warfare suits developed by Defence Research and Development Organisation (DRDO) and Bharat Electronics.

Sources said at the conference various issues would be discussed — ranging from cybercrime, data governance and counter-terrorism to narcotics trafficking and prison reforms. Union Home Minister Amit Shah is also likely to attend all the sessions of the conference.