While 12 people were pulled out alive after the building collapsed on Tuesday evening, two or three are still trapped inside the rubble, according to officials. 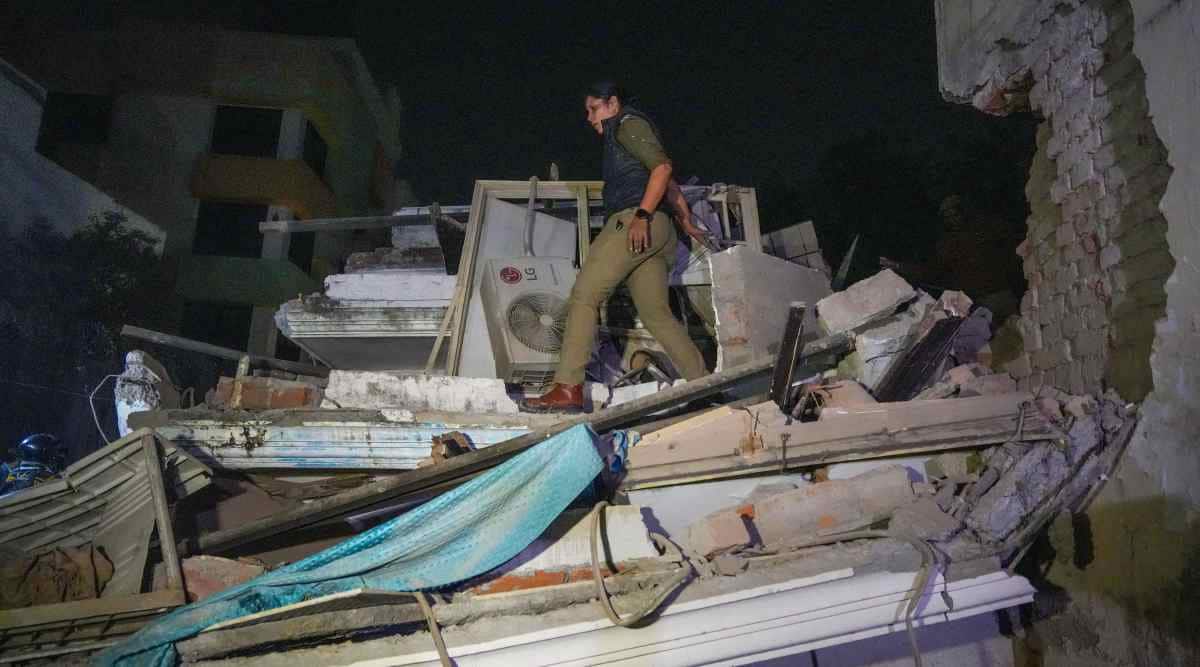 Two women who were rescued after a Lucknow building collapsed on Tuesday evening died during treatment on Wednesday. At least 12 people trapped in Alaya Apartment’s rubble were pulled out alive till midnight as hectic rescue operations stretched into Tuesday night.

The deceased were identified as Begum Haidar (72), mother of Samajwadi Party national spokesperson Abbas Haidar, and his wife, Uzma Haidar (30).

Officials said two or three people were still trapped inside the building’s rubble.

Alaya Apartment owners Mohammad Tariq and Nawazish Shahid and builder Fahad Yazdani have been booked at the Hazratganj police station under Indian Penal Code sections 308 (attempt to commit culpable homicide), 323 (voluntarily causing hurt), 420 (cheating) and 120B (criminal conspiracy). Earlier, divisional commissioner Roshan Jacob had directed Lucknow Development Authority officials to lodge a case against them in connection with the collapse.

“Jacob has instructed officials concerned to identify other buildings constructed by Yazdan Builders and to inspect them. If they are found to be illegal or substandard, they should be demolished,” said a government spokesperson.

A senior officer said that Nawazish, son of former Samajwadi Party minister Shahid Manzoor, was being brought to Lucknow from Meerut by police.

The Uttar Pradesh government has also formed a three-member committee to investigate the collapse. “The committee will be headed by divisional commissioner Roshan Jacob, while joint commissioner of the Lucknow police Piyush Mordia and a public works department chief engineer will be members of the committee,” said a senior government official.