Khan also sought eight days’ time to file an appeal in a higher court against the verdict, which the court granted. The MLA can file the appeal within a month 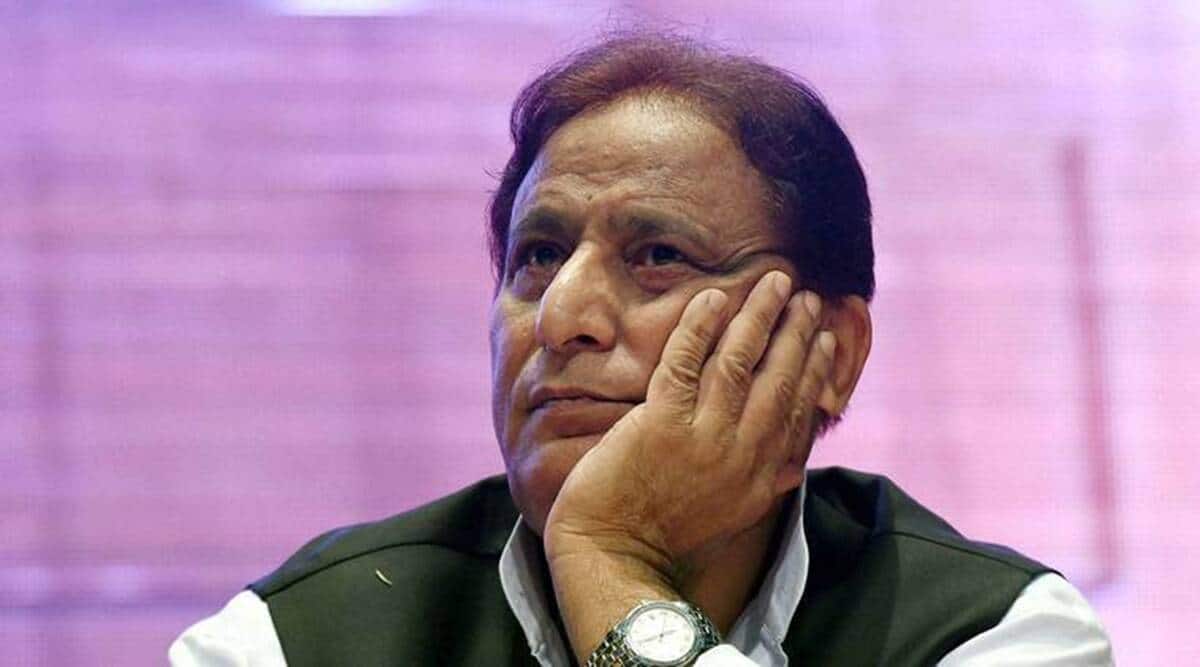 Azam was released earlier this year after the Supreme Court granted him interim bail. (File)

Senior Samajwadi Party leader and MLA Azam Khan was Thursday convicted in a hate speech case lodged in the run-up to the 2019 Lok Sabha elections and sentenced to three years in prison. Khan, who represents the Rampur Assembly constituency, was then granted bail by the Rampur MP/MLA court which convicted him.

Khan also sought eight days’ time to file an appeal in a higher court against the verdict, which the court granted. The MLA can file the appeal within a month, said Rampur Special Prosecution Officer S P Pandey.

Pandey, who argued on behalf of the government, told The Indian Express: “He (Khan) had given an inflammatory speech on April 7, 2019. He used objectionable language against the then District Magistrate who was also the election returning officer. There were five witnesses from the prosecution’s side and five from the defendant’s side. He has been given three years’ imprisonment and convicted under the three Sections he was booked under. He has also been slapped with a fine of Rs 2,000 each for the three offences.”

He added: “He was granted bail by the same court as the punishment for him was three years, and that is the rule… .”

The verdict on Thursday was given by Additional Chief Judicial Magistrate-1 Nishant Mann.

While Khan faces more than 80 cases lodged since 2017, this is the first case where he has been convicted. The other cases are pending.

In the complaint lodged by election official Anil Kumar Chauhan, it was alleged that Khan in a speech in Milak Vidhan Sabha area had “used foul language for people in Constitutional posts, threatened them, and tried to flare a riot”.

“He sought votes from a community in the name of religion and tried to spread hatred which is against the Model Code of Conduct,” reads the complaint.

The speech was made during the campaign for the 2019 Lok Sabha elections when the Bahujan Samaj Party and Samajwadi Party had contested in an alliance. Khan had fought the election from Rampur Lok Sabha and won against BJP’s actor candidate Jayaprada. Khan had secured 52.69 per cent of the votes while Nahata had got 42.33 per cent. Khan gave up his Lok Sabha membership after he was elected as an MLA in the state elections earlier this year.

As per the complaint, Khan had said in his election speech: “(Prime minister Narendra) Modiji has created an atmosphere in the country where it is difficult for Muslims to live… The Congress candidate should not just ask for Muslim votes, but should also seek votes from Hindu brothers. You are seeking the votes of Muslims so you can divide their votes and ensure a win for the BJP… Those who call you dogs and puppies, you should take revenge on them… Are you not seeing the kind of person who has been made Collector in Rampur who has brought three other officers with him… Within a month, this Collector has made Rampur hell and has left no stone unturned to rake up riots here… So many such Collectors have urinated in my office… I appeal to you that you should not get your votes divided and should not vote for the Congress candidate who is here to ensure a win for the BJP… The Collector has become blind, and claims to be very idealistic… I have his report, and I know what kind of family he comes from. He is doing this on directions from the Chief Minister who is himself a criminal accused of 302 (the IPC Section for murder).”

Since BJP came to power in Uttar Pradesh in 2017, as many as 81 cases were registered against Khan in Rampur on various charges, including land grabbing, cheating and criminal trespass.

Khan’s wife Tanzeen Fatima and son Abdullah Azam were also booked with him in some of the cases. All three are currently out on bail. In May, Khan, who was in prison for the last two years, walked out of Sitapur jail after the Supreme Court granted him bail in a land-grabbing case.

‘Red light on, gaadi off’ drive put off as Delhi LG is yet to clear file: Minister Gopal Rai