After Ram temple in Ayodhya, Kashi, Mathura appear to be waking up: Adityanath

Adityanath referred to the inauguration of the Kashi Vishwanath Temple Corridor, to say one lakh devotees visit Kashi every day and the place is proving the significance of its name in line with Prime Minister Narendra Modi's vision. 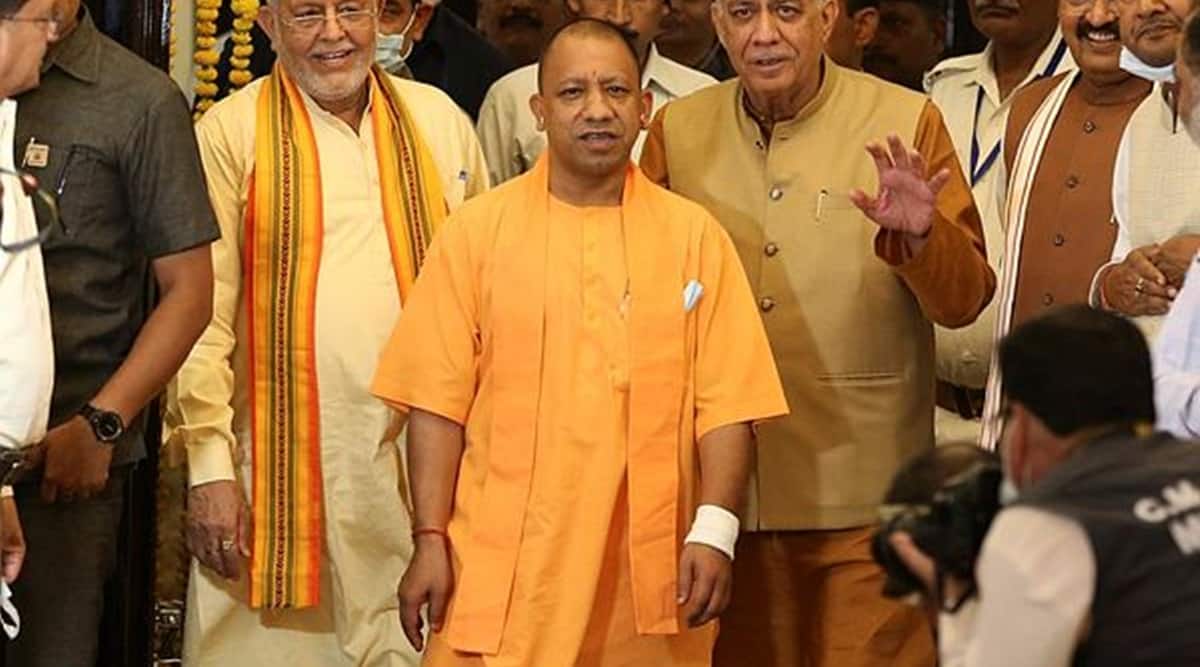 After the construction of the Ram Temple in Ayodhya, the temple town of Kashi appears to be waking up, as are Mathura, Vrindavan, Vindhyavasini Dham and Naimish Dham, Chief Minister Yogi Adityanath said on Sunday.

There has been no communal riot in the state, he told the BJP’s one-day state executive meeting in Lucknow and mentioned recent festivals to say that for the first time in the state the namaz on the last Friday before Eid was not held on roads.

Adityanath referred to the inauguration of the Kashi Vishwanath Temple Corridor, to say one lakh devotees visit Kashi every day and the place is proving the significance of its name in line with Prime Minister Narendra Modi’s vision.

“Ram Navami and Hanuman Jayanti were held peacefully. This was the first time that the last Friday namaz before Eid was not held on the streets. For namaz there is a place of worship, the mosques where their religious programmes can be held,” he said.

Mentioning the removal of loudspeakers from religious places, he said, “You must have seen how the unnecessary noise was got rid of.” At the first state executive meeting of the BJP after the assembly polls in Uttar Pradesh, he asked the party workers to start preparing for the 2024 Lok Sabha polls and move forward with the target of winning 75 out of the state’s 80 seats.

Referring to the Kashi Vishwanath Temple Corridor, he said, “After the beginning of the construction of the grand Ram temple in Ayodhya, the waking up (‘angadai’) of Kashi is before us.” “All pilgrimages centres like Mathura Vrindavan, Vindhyavasini Dham, Naimish Dham are once again waking up (‘angdai li’). In this situation we all have to move forward once again,” the chief minister said.

His remarks came amid legal proceedings over the temple-mosque disputes in Mathura and Varanasi, also known as Kashi.

At the meeting, Adityanath said, “We have to prepare the ground for the 2024 Lok Sabha elections from now only. We should move ahead with the target of winning 75 seats.” “With people’s help and by dint of our hard work during Covid, we got better results in the assembly polls. In the 2024 general elections, under the leadership of PM Modi, we have to march ahead with the target of winning 75 seats in Uttar Pradesh.” Congratulating Modi for completing eight years as prime minister, Adityanath said with the 2024 roadmap, the BJP will succeed in its achieving its target.

Adityanath said the perception about the state changed after 2017 while asserting that Uttar Pradesh is leading the country in over four dozen schemes.