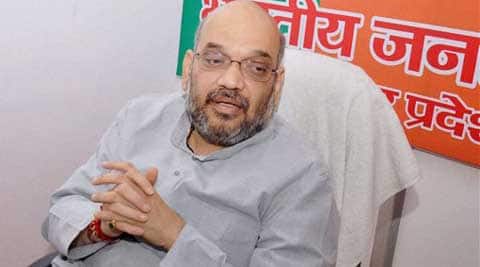 BJP Prime Minsiterial Narendra Modi’s close aide Amit Shah on Sunday called Azamgarh the “base of terrorists”. Addressing a public meeting in Sagri area of Azamgarh, Shah said, “Azamgarh is the base of terrorists as there is no fear of the government, which is advocating their release.”

“The accused in the Gujarat bomb blasts were from Azamgarh. Being the then home minister there (Gujarat), I got the accused arrested. Since then not a single terrorist act has taken place in Gujarat,” he said.

The SP said Shah’s remarks were an expression of the BJP’s communal agenda and anti-Muslim politics. “Thousands of Muslims were killed in Gujarat and the Muslims of Gujarat are terrorised even now. They want to make Uttar Pradesh like Gujarat, that is why Shah is making such communal comments,” said SP’s Rajendra Chaudhary.

The 93-year-old MP Paswan is challenging…