Another case against Azam Khan, now for ‘inflammatory’ speech

This is the second case against the disqualified MLA in the last two days. On Thursday, he was booked for making a statement that was “hurtful” to women. 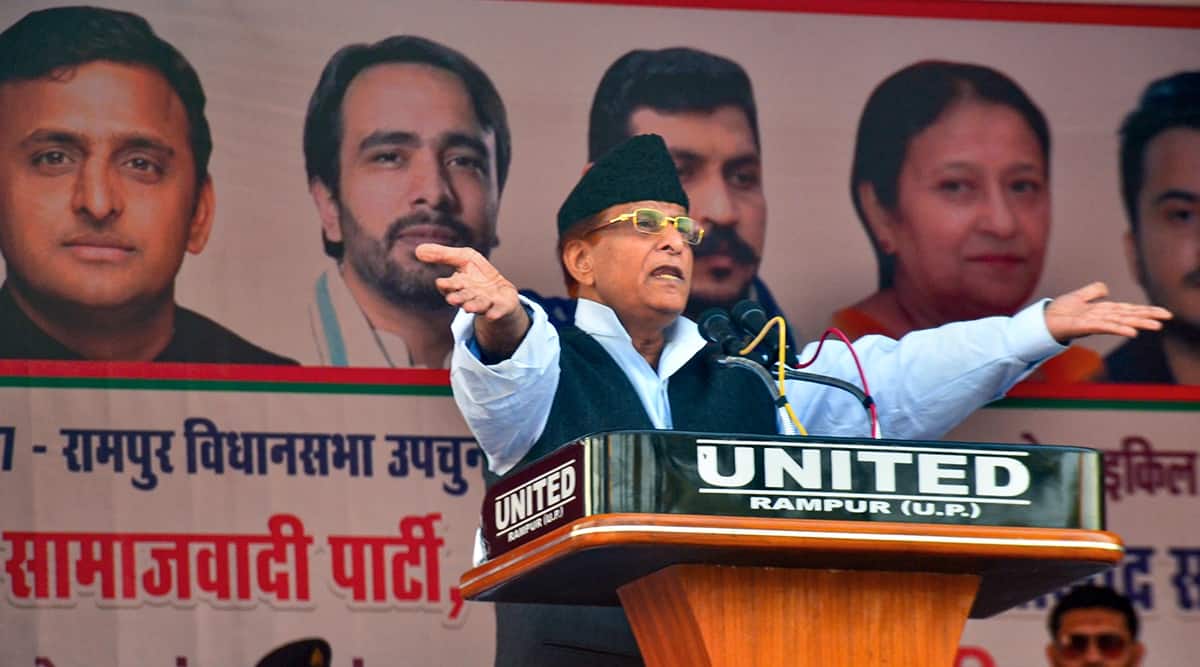 Khan already faces more than 80 cases lodged against him since 2017. (PTI File Photo)

This is the second case against the disqualified MLA in the last two days. On Thursday, he was booked for making a statement that was “hurtful” to women.

The latest case stems from a speech Khan delivered on December 1. He allegedly used derogatory words against the Election Commission.

A senior police officer said this case was lodged late Friday in Rampur on a complaint from election official Sujesh Kumar Sagar. Police invoked Sections 153A (promoting enmity between different groups) and 505 (1) (B) (intent to cause, or which is likely to cause, fear or alarm to the public) of the IPC, and Section 125 of the Representation of People Act.

The complaint reads: “On December 1, Azam Khan gave a speech in support of Samajwadi Party candidate Asim Raja during which used words against the police, Election Commissioner, and the Election Commission, which is a Constitutional body. These words have incited the common people and could be dangerous to public harmony… He gave an inflammatory speech and said that ‘today, you are few but the police uniform is more…”

The said speech was quoted in the complaint as: “Congratulations to those running the country, and those threatening the innocent and using canes against those wearing the burqa…”

As per the complaint, Khan said that “the khaki uniform’s honour has been taken away”.

The complaint quoted Khan as saying: “We are asked about our dress. We are asked which face we are covering and where the loudspeaker is and what its volume is. The cleric is made weak and helpless… So helpless that Jama Masjid and Eidgah clerics are saying that people should offer Friday namaz at home… Those running India have made the mosques empty, Allah’s home is deserted…”

Khan already faces more than 80 cases lodged against him since 2017. The Rampur bypoll, which will be held on December 5, was necessitated after Khan lost his Assembly membership owing to his conviction in a 2019 hate speech case.