The boy’s death triggered violent protests in Auraiya in the evening. Two police vehicles were set on fire and at least two private vehicles were damaged. 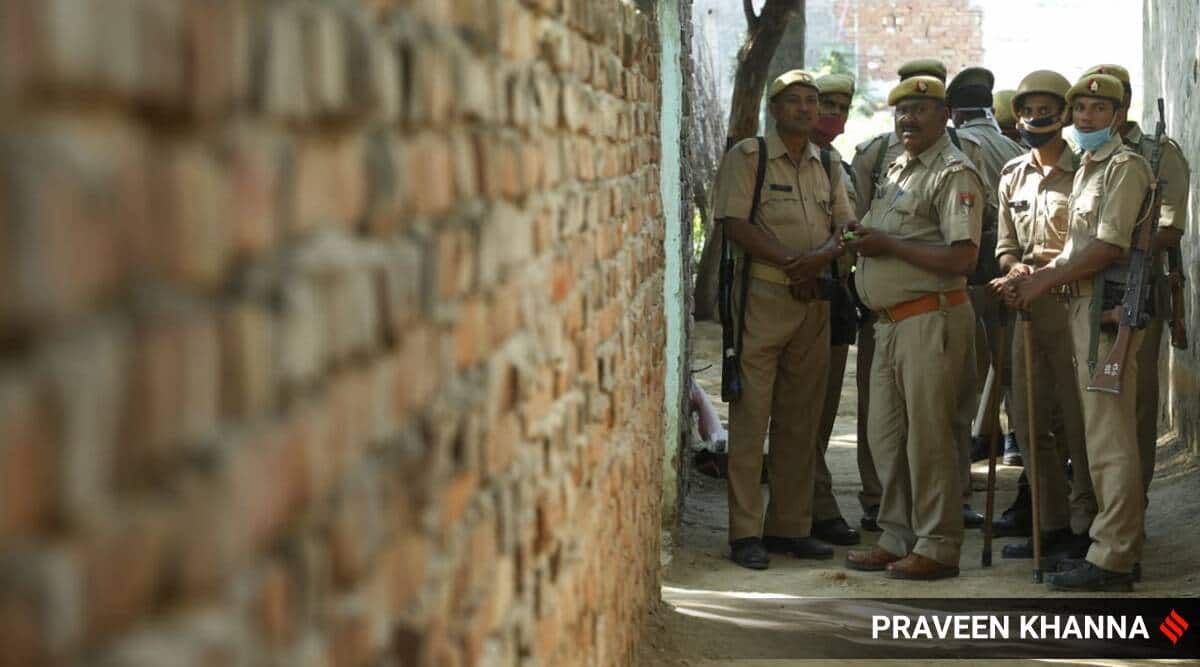 Police look for teacher, say boy was being treated for kidney ailment.

A 15-YEAR-OLD Dalit boy, a student in Auraiya district of Uttar Pradesh, died on Monday morning, just over a fortnight after he was allegedly beaten up by a teacher.

The teacher, who has been booked under IPC Sections 308 (attempt to commit culpable homicide), 323 (voluntarily causing hurt) and 504 (intentional insult with intent to provoke breach of the peace), as well as the Scheduled Castes and Scheduled Tribes (Prevention of Atrocities) Act, is absconding.

The boy’s death triggered violent protests in Auraiya in the evening. Two police vehicles were set on fire and at least two private vehicles were damaged. According to the police, when the boy’s body was released to the family after the post-mortem, protesters laid it on the road outside his school and raised slogans. They also allegedly pelted stones at a police team that was in the area. Additional police forces were later sent to the spot.

Additional Director General, Kanpur Zone, Bhanu Bhaskar, said senior police and district officials had rushed to the spot to take stock of the situation. He said the situation was under control. The boy’s family has taken his body to their village for the last rites, said police.

Auraiya Circle Officer Mahendra Pratap Singh said a preliminary inquiry had found the boy was suffering from a kidney ailment before the incident, and was undergoing treatment at a hospital in Lucknow. He said they needed to verify details of the illness and treatment with the hospital and the boy’s family.

Also Read |In the death of a Dalit student, betrayal of the vision of freedom

According to police, the boy was beaten up on September 7, allegedly for writing a wrong answer in his social studies test. An FIR was registered after his father filed a complaint on September 24. “He got one question wrong… The teacher thrashed him with a stick,” the father said in his police complaint, adding that the boy lost consciousness after the beating.

He claimed that the teacher had promised to pay for the boy’s medical treatment, but only gave him Rs 40,000. He alleged that when he met the teacher to ask for more money, he was abused with casteist remarks.

“He claims to have received a total of Rs 40,000 in two installments from the teacher. He took the boy to a hospital in Lucknow for treatment. He claims several medical tests were done in Etawah also, but his son did not get any relief,” said Singh.

According to police, the boy’s family said he was in and out of hospitals for the last two weeks. The family told police that he was rushed to a hospital in Saifai on Sunday night after his condition deteriorated, and he died during treatment early Monday morning.

The medical superintendent of the hospital in Saifai, however, said the boy was brought dead. “At present, I don’t know his medical history,” he said.

A senior police officer said they are yet to collect his medical records from the hospital and his family.

Superintendent of Police, Auraiya, Charu Nigam said a post-mortem examination was done by a panel of doctors in Etawah, and they were awaiting the report.

Following the boy’s death, police went to the school to arrest the teacher, but he was absconding. Police teams have been formed to arrest him, said the SP.

When contacted, the school principal said he was on leave for the last 20 days and only joined on Monday. “I have come to know that on September 7, the teacher beat up two students, including the boy, for writing wrong answers… Four days later, his father came to school and had an argument with the teacher. He said his son was suffering from a kidney problem and requested the teacher to help him financially,” he said. He added that a police team came to school on Monday and took the statements of students who were present in class when the incident occurred.