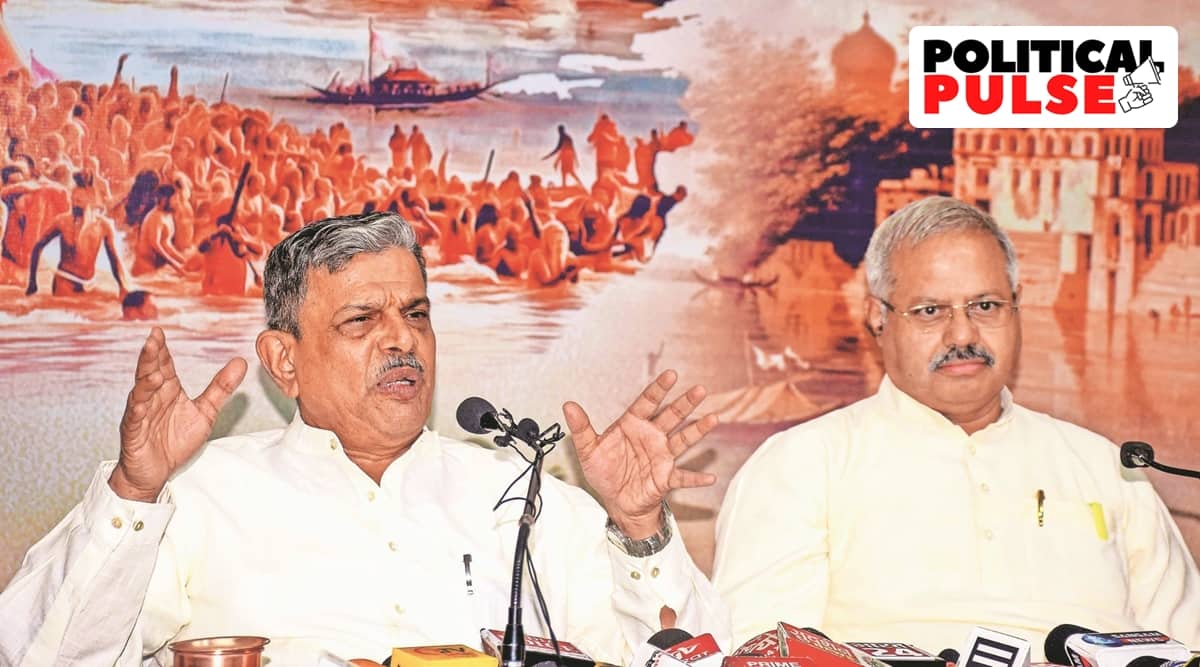 Rashtriya Swayamsevak Sangh’s (RSS) general secretary Dattatreya Hosabale has said that religious conversion and migration from border areas were causing “population imbalance” and called for strict implementation of anti-conversion laws. Hosabale made the comments on Wednesday while addressing the media in Prayagraj after the conclusion of a four-day meeting of the RSS’s all-India working committee.

At the Akhil Bharatiya Karyakari Mandal meeting, concern was also expressed about “unabated” religious conversions in the country and a call for the formulation of a population policy and its uniform application on everyone was issued, said Hosabale.

The RSS leader claimed that due to conversions the “population of Hindus has decreased at many places in the country and the consequences of this have been witnessed too”. He added that “infiltration” from border areas was a factor in population imbalance, which has created social and economic tensions. Hosabale claimed that population imbalance has led to the partition of several countries, including India, in the past.

Another factor that the RSS leader cited for “population imbalance” was the “decrease in the number of members in families”. Hosabale claimed that due to an emphasis on population control over the past 40-50 years, the average size of a family had decreased from 3.4 to 1.9 members.

“Because of this, there is a possibility of a rise in the population of the elderly in comparison to youngsters in future years. That is a matter of concern,” Hosabale said, adding that balance in population was essential to maintain India as a “yuva desh”.

He added that the RSS had asked its workers to assist organisations such as the Arya Samaj and the Dharma Jagran Vibhag, which work on preventing conversions. He said that as a result there had been a favourable outcome of “Ghar Wapsi” — the Sangh Parivar effort to bring back to the Hindu fold people it says converted to other faiths such as Islam and Christianity.

The RSS leader said existing laws on preventing religious conversion need to be implemented strictly. This was an apparent reference to laws in some states, including Uttar Pradesh, that prohibit conversion by force or allurement, particularly through marriage.

“Still, conversions are taking place. Laws (to prevent conversion) exist in various places and these laws should be enforced. Earlier, such laws were introduced in Himachal Pradesh, Arunachal Pradesh and Tamil Nadu,” Hosabale said.

Hosabale said that RSS was of the view that converted people should not be allowed to get the benefits of reservation.

On the issue of women’s empowerment and their participation in social activities, Hosabale said the education level of women, particularly among Hindus, in India has increased and they were now working in all sectors of society. “Women’s participation in decision-making and discussions should be increased. Social reforms and conservation of values, culture and social equality are not possible without the active role and support of women,” Hosabale said. He added that women’s participation in RSS activities such as seva works, village development, and “kutumb prabodhan” was increasing.

He also claimed that “RSS acceptability” in the North-East states has increased and that tribal communities in such states want to be associated with the RSS, he said.

Asked about the RSS’s dialogue with religious minorities, Hosabale said such discussions had been going on for 40 years. RSS chief Mohan Bhagwat too attended the meeting in Prayagraj from October 16 to 19.— With PTI inputs