UP: Charges filed against 4 over ‘objectionable’ posters on CAA-NRC

The four were booked last year for allegedly trying to create differences between two communities by pasting objectionable posters on the Citizenship Amendment Act (CAA) and the proposed nationwide National Register of Citizens (NRC). 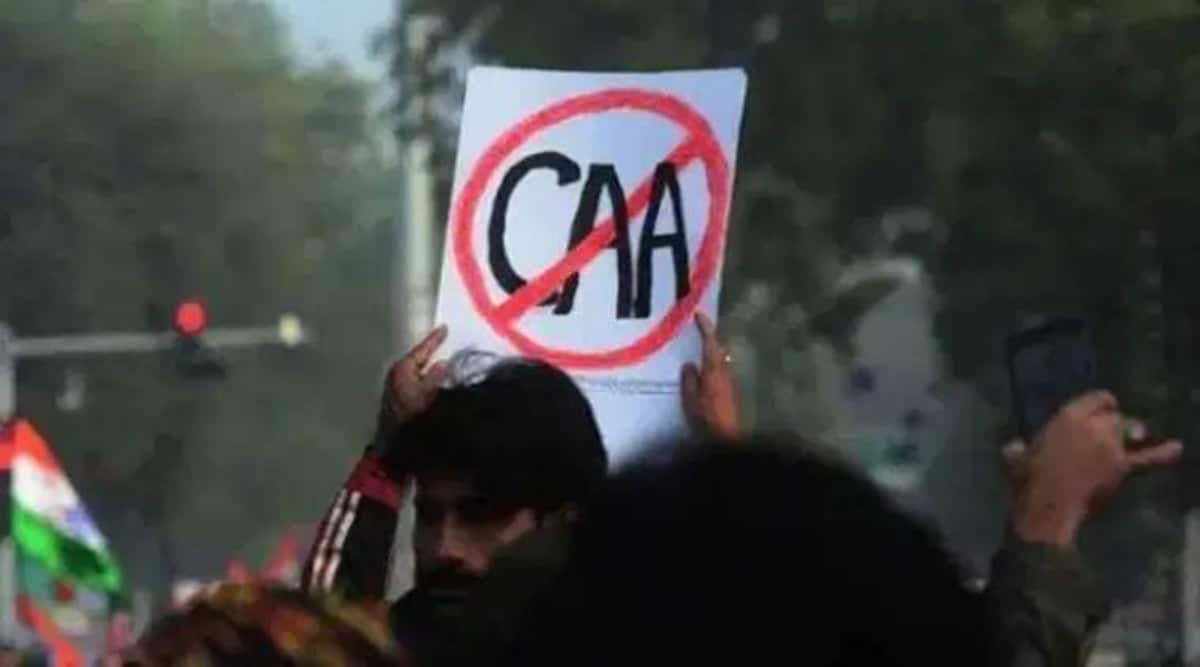 The Citizenship Amendment Act was passed by Parliament on December 11, 2019 and the Presidential nod was received the next day. Subsequently, it was notified by the home ministry. (File)

The Uttar Pradesh government has granted the police sanction to prosecute four men in Meerut under IPC Section 153-A (promoting enmity between different groups on grounds of religion, race, place of birth, residence, language etc). The four were booked last year for allegedly trying to create differences between two communities by pasting objectionable posters on the Citizenship Amendment Act (CAA) and the proposed nationwide National Register of Citizens (NRC).

After obtaining the sanction, the police last week filed a chargesheet against the accused, a police officer said on Tuesday. The police also invoked IPC sections 295-A (deliberate and malicious acts, intended to outrage religious feelings of any class by insulting its religion or religious beliefs) and 505(2) (statements creating or promoting enmity, hatred or ill will between classes). The four men were arrested but got out of prison after obtaining bail from a court.

The case dates back to January 26, 2020, when the police were alerted about posters on CAA and NRC with objectionable remarks having been pasted in different areas in the Lalkurti area. During preliminary inquiry, the police identified the people involved, and the following day filed an FIR against Om Veer (35) of Meerut, Om Kar Nath Kushwaha (57) of Kanpur Nagar, Rahul (21) of Etawah and Jagseer (21) of Mainpuri.

The police said the investigation revealed that the accused belonged to a group that was protesting against the CAA and the NRC since 2019. “Om Veer was heading the group while the three other accused are its members. They came to Meerut and got involved in pasting posters with objectionable words,” said an officer.

The police said they sent a letter to the state government through the district magistrate seeking the prosecution sanction against the four. The request was forwarded in July 2020, said sources.